Montana Buds, Mining City Medical, at least 14 shops in Butte are licensed to openly sell medicinal marijuana under names like these despite a 2011 law banning commercial dispensaries anywhere in Montana. While the courts grapple with a lawsuit challenging some of the 2011 law's most restrictive provisions, the marijuana business is budding in Butte. The Mining City remains one of the only towns in Montana where dispensaries sell pot legitimately in the open, alongside major retailers where folks pick up groceries, gasoline and fast food.

The customers are plentiful. Per capita, southwest Montana has more cardholders enrolled in Montana's medical marijuana program than any other part of the state. Butte is one of "the last vestiges of a (marijuana) retail environment -- and really a culture too," said Allen St. Pierre, the executive director of NORML, a national marijuana policy reform group.

State legislation, prosecution, local ordinances and a decrease in patients have largely sent the distribution of legal marijuana behind the scenes. But a hands-off approach from local law enforcement -- coupled with a growing public acceptance of the drug -- is helping keep the Butte shops in business. At Evel Knievel Days, representatives from the Montana Buds dispensary handed out Mardi Gras-style bead necklaces, adorned with plastic, shiny marijuana leaves.

Still, local pot shop owners are reluctant, and sometimes downright hostile, to speak on the record about their businesses. Requests for interviews at several storefront dispensaries in Butte went unanswered or were rejected. Policy analysts say marijuana advocates may be keeping a low profile until the courts rule on a legal injunction limiting the 2011 law. If the injunction is lifted, it could turn over a new leaf for the industry.

Planting the seed
The opportunity for growth started in 2004, when a voter referendum resoundingly approved a broad medical marijuana law. For several years, business remained muted, with fewer than 10,000 people having access to the drug. But between December 2009 and 2010, the state saw a 260 percent increase in cardholders. In Butte-Silver Bow, only three dispensaries held business licences in 2009. The next year there were 19.

"The voters did not vote thinking, oh, there's going to be retail access," St. Pierre said. "(They) never envisioned, legally, someone was going to walk up to a store and buy marijuana." Other advocates for the drug's dispersal contend that voters knew exactly what they wanted, but the fact remained -- there was a backlash.

"It was culture shock," St. Pierre said. "It was the green rush in full display." "Cannabis caravans" -- travelling clinics known for signing up hundreds of patients in a matter of hours -- rolled into the state. Doctors gave out prescriptions via Internet video consultations lasting only minutes. A Billings Gazette reporter obtained a card after only eight minutes and six questions.

Many of these efforts were spearheaded by Jason Christ, a pot entrepreneur with a history of legal issues who once smoked weed on the Capitol lawn. As the industry grew unbridled, calls for regulation increased. "In any system you're gonna have bad actors," said Chris Lindsey, a legislative analyst for the Marijuana Policy Project, a Washington, D.C.-based marijuana advocacy group. "The sense was, this was the Wild Wild West."

Concern grew that more people who didn't really need the drug had access, and that supplies were growing unchecked. Powell County attorney Lewis Smith worked with an interim group that drafted recommendations that eventually filtered up to the Legislature. By the time the 2011 bill became law, any resemblance between the recommendations from Smith's group was "fairly thin," he said.

The group, which was comprised of providers, cardholders, law enforcement and attorneys, worked to form a system focused on regulating the industry. The legislature, Smith said, "looked at how do we shut it down." Earlier attempts to repeal the 2004 law failed, including one that was vetoed by then Gov. Brian Schweitzer.

The 2011 law that passed limited caregivers to serving only three patients, and limited any financial benefits from sales. The law also tightened requirements to get a card. The number of cardholders in the registry plummeted, from about 30,000 to a low of about 7,000 in June 2013. Lindsey said that the law was "aimed at completely obliterating any business."

Up in smoke
Law enforcement didn't wait for the Legislature to act. Between 2010 and 2013, several dispensaries were raided by federal law enforcement as part of three separate, aptly-named operations: Smokejumper, Weed Be Gone, and Noxious Weed. The raids resulted in 34 indictments and 33 convictions. Lindsey was one of those convicted in connection with the raids.

Law enforcement's feeling was that there was as much going out the back door as the front door," Smith said. While policy cut the market for medical marijuana, the feds put a major dent in suppliers. The industry wilted. Part of the reason, St. Pierre says, is that its roots were never that strong in the first place.

"For all intents and purposes, there was no cannabis culture," when the law passed in 2004, he said. When marijuana remained on a small scale during the first several years, it was fine. But during the green rush, "all of a sudden, the cannabis culture was there." When Christ smoked a bowl on the Capitol lawn, people couldn't help but notice.

"If you've got something controversial, you don't want to be sticking it in someone's face all the time," said Smith, who worked with Christ in the recommendation group. But none of the raids touched Butte, and while the number of providers and patients decreased, some stores held out. While the state lost about two-thirds of its cardholders, Silver Bow County lost only a third.

Why? For the most part, stores in Butte kept their noses clean and police stayed away, said county Undersheriff George Skuletich. "It's not a burden," he said. "We're not looking for a problem. If they're breaking the laws, then we'll take care of it." A handful of the stores have been robbed, but local dispensaries have usually been able to help locate any stolen product.

"They're knowledgeable on what's their stuff," Skuletich said. Butte also hasn't had major public stunts like Christ's, and police said that while marijuana may be more prevalent, you can't blame dispensaries. "I think it's easier to get for kids," Skuletich said. "There's a correlation. I don't know if it's the cause of it." Dispensaries have been diligent about checking for cards and identification in any police checks, Skuletich said. He also thought public attitudes in Butte have become more relaxed toward the drug since the 2004 law was passed.

Future hinges on courts
That law, like those in the 23 other states with legalized medical marijuana, is rooted in medicine, if not science. Advocates claim that marijuana provides real relief for real pain -- cancer, HIV, Crohn's disease and a laundry list of other conditions. It gives patients a chance to escape a cycle of narcotics and pill-popping, drugs which are more addictive than marijuana. Marijuana is certainly more healthy than alcohol, advocates say.

Opponents claim that marijuana is addictive, especially for young adults. It causes societal harm and is a gateway drug. THC, it's active ingredient, can cause health problems. And medical access is often abused by those who don't really need it, critics say. For either camp, their claims are just that: claims. There's not consensus on the science to back them up, because there's not much marijuana science at all. The federal government largely restricts funding for testing for the drug, hampering efforts to prove -- or disprove -- medicinal qualities.

If science can't resolve the debate, it seems that the courts will decide instead. Just about everything hinges on the pending lawsuit -- and even that has swung both ways. A lawsuit brought by the Montana Cannabis Information Association and other plaintiffs yielded an injunction from a district court that blocked some of the tightest restrictions of the 2011 law. The state Supreme Court reversed the injunction and sent the suit back, saying the lower court used an improper legal standard.

Applying the new standard that eased the state's burden to justify the law's restrictions, the lower court judge again reached the same conclusion and implemented the injunction. It's that ruling that allows storefronts like those in Butte to keep operating. The lawsuit still sits in the same court. In April, plaintiffs pushed to make the injunction permanent. The astronomical increases in the program that sparked concern have been curtailed, they said, even without the 2011 law at full strength.

"I think the odds are good that he's going to make the temporary injunction permanent," Lindsey said of the judge. But regardless of the district court decision, the law will likely be appealed again. "You're pushing the envelope as far as how constitutional it is," Smith said. "It'll be as constitutional as the Supreme Court says it is."

If the injunction stands, medical marijuana in Butte will probably never reach the prolific heights it saw before the 2011 legislation. "It'll rebound some," Smith said. "(But) there are still some limitations that'll make it difficult for them. The Legislature will be waiting right around the corner." He and St. Pierre agree that there's not overwhelming public support for the drug in Montana — certainly not for the full-scale legalization that happened in Colorado or Washington.

"I don't think Montana wants to be in the same game," Smith said. That state lacks what St. Pierre called a "cannabis caucus," a group of legislators that would push reform. A recent study published by nerdwallet.com estimated that the marijuana market in Montana — most of which uses illegal product — could exceed $70 million. Factoring in Montana's zero sales tax and applying Colorado's specialty tax on the product, state tax income could exceed $10 million. That's part of why some aren't convinced that reform is too far away. Said Skuletich: "Money makes the world go 'round." 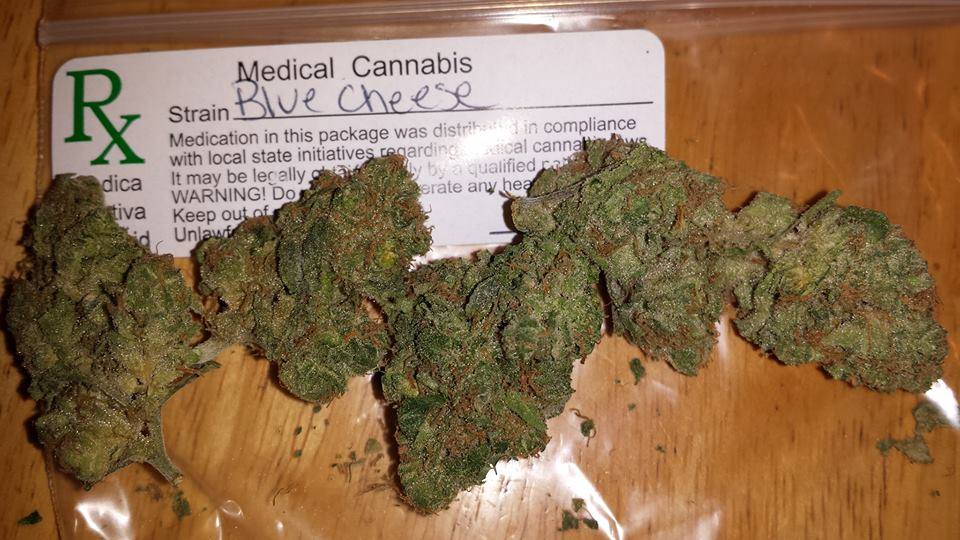