The Department of Homeland Security began investigating a "large quantity" of marijuana found on a Bay Area beach Monday morning after someone spotted a "suspicious" fishing vessel and an abandoned SUV parked on the sand. San Mateo County Sheriff's spokeswoman Deputy Rebecca Rosenblatt said the white panga boat -- named for the type of fish it most commonly nets -- was found along Pescadero State Beach just after 8 a.m., not far from an abandoned Chevrolet full of bundled marijuana. No one was arrested, Rosenblatt said, because when deputies arrived, both the boat and the SUV had been abandoned. Homeland Security spokesman Andrew MuÃ±oz said it appears as though the suspects ran off after the SUV got stuck in the sand.

The word "Sinaloa" printed on the side of the boat indicated that it was manufactured in the Mexican state across the Gulf of California from the Baja peninsula. Sinaloa is also synonymous with the Sinaloa Cartel, one of the most famous drug cartels in the world. NBC Bay Area went to the beach and captured an image of the white Chevy SUV still on the sand, its two right-side doors open -- the waves from the Pacific Ocean as its backdrop. MuÃ±oz said agents recovered 42 bundles of marijuana, each weighing about 30 pounds. All but one were found inside the Chevy, he said. The 30-foot twin-engine boat is similar to ones commonly used by drug traffickers coming either directly from Mexico, often from Baja, California, or could have been bringing the drugs from a ship stationed offshore, MuÃ±oz said.

He said this particular boat has a very large fuel tank, which indicates that it traveled a long distance to get there. That type of boat is popular with drug runners because they are fast and can hold a lot of drugs, he said. Shortly after noon, the bundles were loaded into white police vans on the beach. In April, a boat loaded with bundles of marijuana, possibly more than one ton, washed ashore near Leo Carrillo State Park near Los Angeles, about 10 miles west of Malibu. Three men were arrested and faced possible deportation. According to the Santa Cruz Sentinel, drug smugglers on Mexican fishing boats or pangas have been bypassing Southern California and heading to Santa Cruz and Monterey counties. MuÃ±oz said that this year, 100 "maritime smuggling" operations have been documented along the California coast, netting 30 tons of seized contraband totaling $50 million. 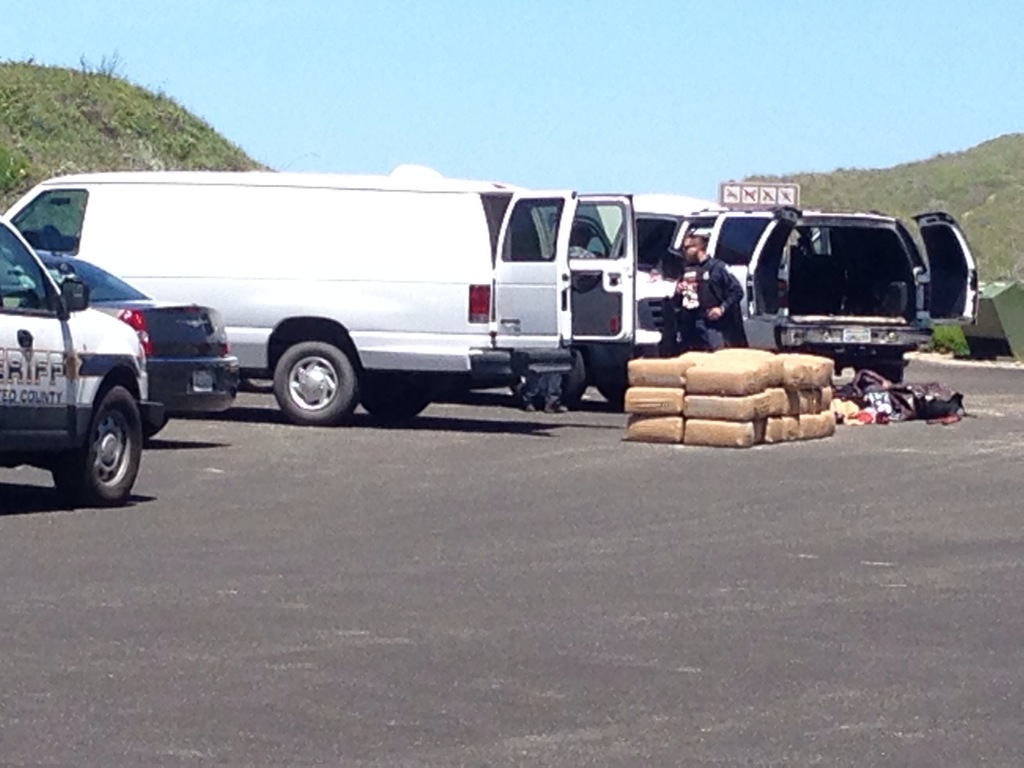 T
Boat Carrying 1 Ton Of Weed Washes Up In California

1,228 Pounds Of Marijuana Found On Beach