The one-year suspension of Ravens tight end Darren Waller for a substance-abuse violation raised several red flags, which is not a surprise. Red flags about Waller, of course, and about the Ravens, who, according to an ESPN.com account, have had the most players suspended for various drug violations since 2010 than any other NFL team.

However, Waller is also the fourth NFL player this offseason to be suspended for a year, all for substance-abuse violations ... all at least believed to be marijuana-related.

Two days before Waller, ESPN reported that former Bill and Steeler Karlos Williams got the one-year ban. Less than two weeks ago, it was former Brown and Steeler Justin Gilbert. Right after last regular season ended, it was the Cowboys' Randy Gregory.

Four players, added to the list that already includes Josh Gordon, Rolando McClain and Sammie Lee Hill, and a list from which the Steelers' Martavis Bryant just returned. At least one player each season since at least 2014, in fact, has been given that sentence.

That should be the biggest red flag of all.

As much as this topic has been beaten into the ground already, it deserves to be beaten on again until some reasonable, sensible answer is found.

In 2017, in a country continuing its gradual turn toward legalizing weed, and in a league with debilitating, often chronic pain at its foundation, why are players still getting kicked out for an entire year? Or indefinitely? Or, in practical terms, forever?

Because, honestly, what's so smart about how the NFL is handling this?

Some within the NFL, even some high up the food chain, have been asking for a while if and how the marijuana policy should be tweaked, fixed or overhauled.

What's going on this offseason, though, should spur them to start asking different questions. And it should get the people they work for – the owners and commissioner Roger Goodell – to ask them, too.

This is one of the biggest weapons the NFL wields. It's what they handed out to coaches and executives in the Saints bountygate scandal in 2012. Meditate on that for a minute: Darren Waller and Justin Gilbert, the same punishment as Sean Payton and Gregg Williams, for not even nearly the same crime.

That's how the policy goes, though. Bountygate turned the league upside-down for a while, on several levels, and the repercussions will be felt for a while longer. But if throwing a player out for a year is supposed to have the same deterrent effect, it's failing, because the numbers are only going up.

And if those growing numbers mean that players are having a harder time adhering to the policy – whether that means passing tests, skipping or missing them, or tampering with them – then it's fair to raise one of these two questions:

Do they have a much bigger problem that throwing them out for a year isn't going to solve?

It's time the NFL seriously considers the latter. Other leagues are not obsessing over this in this way. And that includes other sports leagues, because at least two former NFL players who got long weed suspensions – Will Hill, who sat 10 games last year, and Frank Alexander, who sat all of the 2015 season – now play in the CFL, which does not test for marijuana.

Everything that marijuana advocates connected to the NFL – the Eugene Monroes, Nate Jacksons and others – have said has fallen on deaf ears. All the information available about pain management has led to no serious change.

Everybody who has said, out loud or behind the scenes, about preferring to see players light up than to see them get drunk and do something truly dangerous, gets tuned out. Gordon's original suspension, back in 2014, was based partly on a DWI arrest, as was Aldon Smith's 2015 ban, which has not yet been lifted. The Packers' Letroy Guion was arrested last month and charged with DUI.

The contradictory slaps on the wrist for far more heinous offenses can be recited by heart by now. Ray Rice. Josh Brown. Greg Hardy. The one- or two- or four-game hits for driving drunk, carrying guns, using performance-enhancers and being recklessly dangerous on the field.

In the midst of all that, though ... four players in one offseason run off for a full year over marijuana.

It's time to stop asking what the players were thinking, and ask the NFL the same thing. 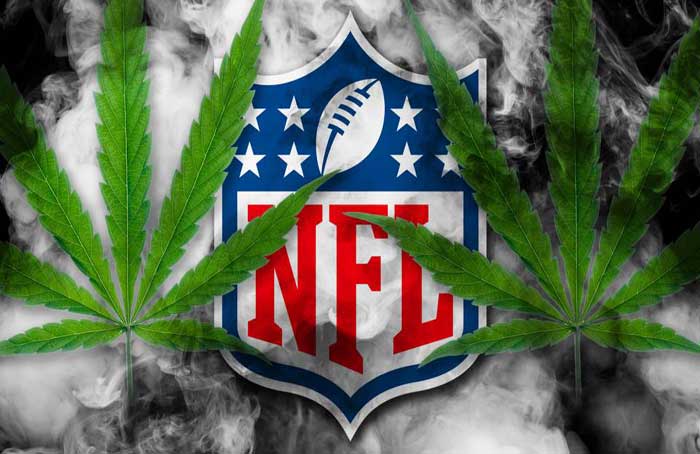