Most Mainers Favor Legalizing Marijuana For Recreational Use, Poll Finds

A majority of Maine voters favor legalizing marijuana for recreational use, according to a new Portland Press Herald poll showing a groundswell of support among residents under age 50 and among those living in southern or coastal areas.

Roughly 53 percent of respondents in the newspaper's statewide survey indicated they support a November ballot question that would add Maine to the growing list of states where marijuana is legal for adults. By comparison, 38 percent of participants opposed marijuana legalization — Question 1 on the November ballot — and 10 percent were undecided.

More than 60 percent of poll participants reported having tried marijuana at some point in their lives.

The poll of 505 likely voters was conducted for the newspaper by the University of New Hampshire Survey Center between Sept. 15 and 20. The survey has a margin of error of 4.3 percentage points.

Maine is one of five states — along with Massachusetts, Arizona, Nevada and California — that will vote on marijuana legalization in November, making 2016 a pivotal year in the long-running policy debate over pot. Experts say the outcomes of those ballot initiatives — particularly California's — could change the national trajectory of the legalization push.

"It is a very big year," said Sam Mendez, executive director of the Cannabis Law and Policy Project at the University of Washington School of Law. He noted that four other states will vote on medical marijuana ballot measures.

Voters in Mendez's home state of Washington, along with Colorado, were the first in the nation to legalize pot for recreational use statewide, back in 2012, followed by Alaska, Oregon and Washington, D.C. This year, Mendez said "the big elephant in the room is California" because it represents the seventh- or eighth-largest economy in the world and often serves as a trailblazer nationally on social and environmental policy issues.

But the campaigns in Maine and Massachusetts represent a tactical shift as legalization advocates seek to bring what has largely been a West Coast issue to the Northeast, Mendez said.

"If you do see Maine and Massachusetts approve legalization, that will be a clear bellwether," Mendez said. "Every indication so far has been moving in favor of legalization (nationally) and I think that is indicated by the large number of states — even relatively conservative states — that have passed measures in recent years, and also (by) national polling."

The legalization push in Maine is being led by the Campaign to Regulate Marijuana Like Alcohol, which succeeded in gathering more than the 61,123 signatures needed to qualify for the ballot. The referendum proposes allowing adults age 21 and older to use, possess or transport up to 2.5 ounces of marijuana and sets up a licensing system for retail marijuana establishments.

Like roughly 20 states nationwide, Maine has already decriminalized possession of small amounts of marijuana to make it a misdemeanor crime. Maine voters legalized use of medical marijuana in 1999 and have significantly expanded the program since, most recently by creating a regulated system of medical marijuana dispensaries and caregivers permitted to grow pot for clients.

The Press Herald poll shows that although the majority of respondents statewide support legalization, that support is by no means uniform throughout the large, rural state.

Sixty-seven percent of Democrats supported legalization, along with 56 percent of independent voters. Republicans, meanwhile, opposed legalization by a margin of 54 percent to 35 percent, with 11 percent undecided.

Legalization drew support from 59 percent of the poll participants in Maine's more southerly and politically liberal 1st Congressional District, yet only 46 percent of respondents in the more rural and conservative 2nd District were in favor of Question 1. Support was strongest in southern and coastal/Down East Maine — at 57 percent and 58 percent, respectively — but fell to 49 percent in central Maine and just 45 percent in the northern part of the state.

The largest divergences over pot come with age, however.

Not surprisingly, legalization was most popular among voters in the 18- to 34-year-old group, 69 percent of whom said they supported allowing recreational use of the drug. A majority of those age 35 to 64 also supported legalization, but just 35 percent of respondents over age 65 were in favor of Question 1.

Michael Bell and Shamus McManus are representative of those two viewpoints.

A 65-year-old resident of Farmington, Bell said he believes the legalization initiative will pass in Maine this year, but it won't be with his support.

"I just don't believe in it. I think it's a drug and it's harmful," Bell said of marijuana. "It's like tobacco ... . We'll find out things in the future about the consequences of it."

McManus, a 20-year-old student at the University of Maine in Orono, made an argument often heard by campaign supporters that marijuana is no more harmful, or even less harmful, than alcohol. In fact, McManus said he believes legalizing marijuana could actually help decrease Maine's heroin epidemic by providing those in pain with a safer and less addictive type of pain management drug.

He also discounted long-held arguments by pot critics that marijuana is a "gateway drug" to other, more serious substances.

"It's a cultural thing," McManus said of the age divide over marijuana. "There is less negative portrayal of it in the media nowadays."

The Press Herald survey underscored that marijuana is widely used, however.

Roughly 62 percent of respondents acknowledged at least "trying" marijuana at some point in their lives, with men more likely than women to have dabbled with pot.

Nearly three-quarters of voters age 34 and under reported having tried marijuana. That percentage drops to 64 percent among voters aged 35 to 49 but jumps back up to 72 percent for those between the ages of 59 and 64 — potentially a reflection of the drug's popularity during the late 1960s and the 1970s.

There have been relatively few publicly released polls on marijuana legalization in Maine. The 53 percent support in the Press Herald poll is similar to the 55 percent support identified in a March poll of statewide voters by Critical Insights in Portland. Yet support for legalization was at 65 percent in a spring 2015 poll conducted by Critical Insights, raising the prospect that some voters are taking a closer look at the issue now that the campaign is in full gear.

Other findings in the Press Herald poll include:

- Seventy nine percent of respondents said state revenues will increase "significantly" or "somewhat" after legalization because Question 1 would create a system of taxing the drug. 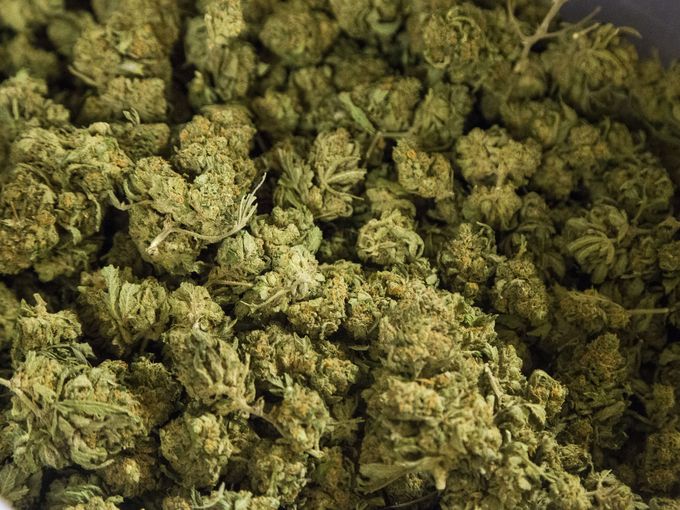 Aug 3, 2017
Boatshoe
B
K
Which States Will Be Next To Legalize Recreational Marijuana?