Was up ppls this is Mostly on my second offical grow. I use Fox Farm Ocean Forest soil and have the full line of Advanced Nurient products including Connoissuer. I have two seperate rooms. My veg room is equiped with a 400 mh and a 150 hps and for the flowering room, there is 2 400s and a 150 so about 950w of hps. My first grow was just some seeds from some arizona i had. Turned out to be some unknown hybrid that is mostly sativa hence the name. I also have green house trainwreck royal queen special kush and sweet seeds fast bud speed devil #2 and some white widow from clone. I have 1 trainwreck flowering as well the MosSat. clones from the first grow. Also the fast bud from sweet seeds looks to be finishing up soon.Here a few pics of the ms hybrids which are in week 5 of 11 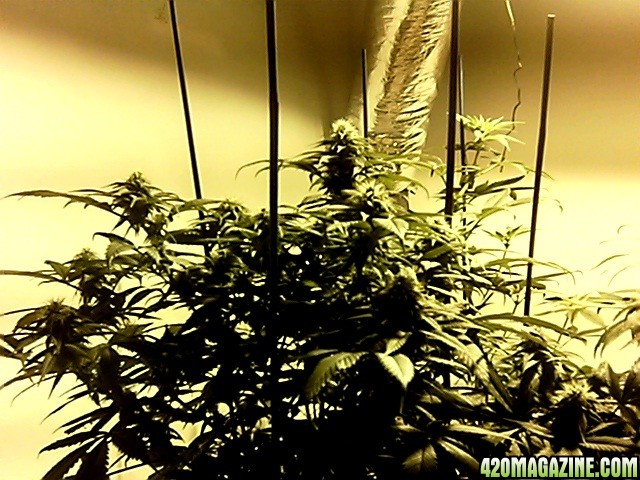 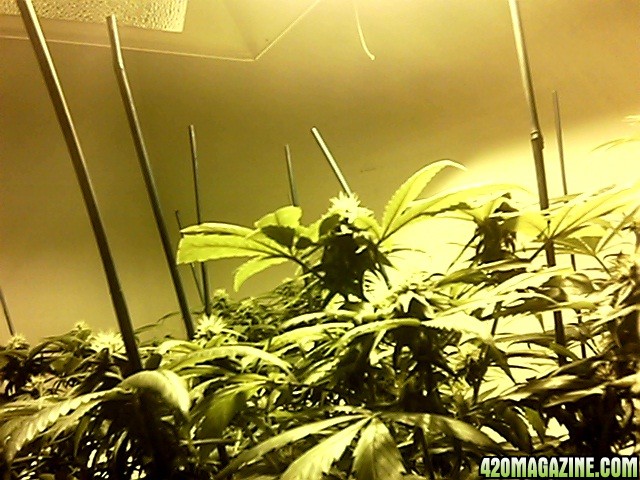 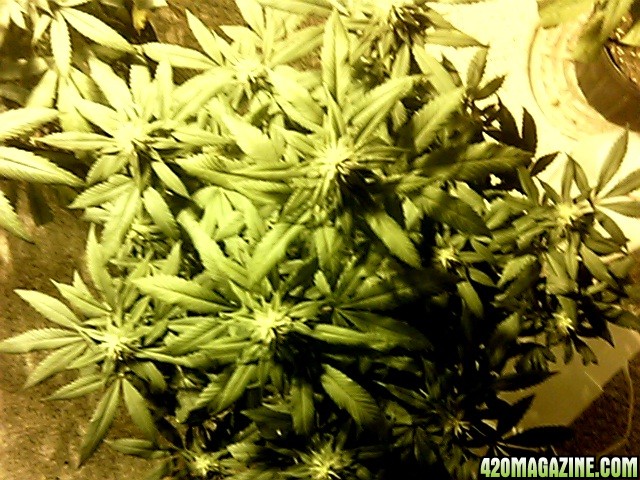 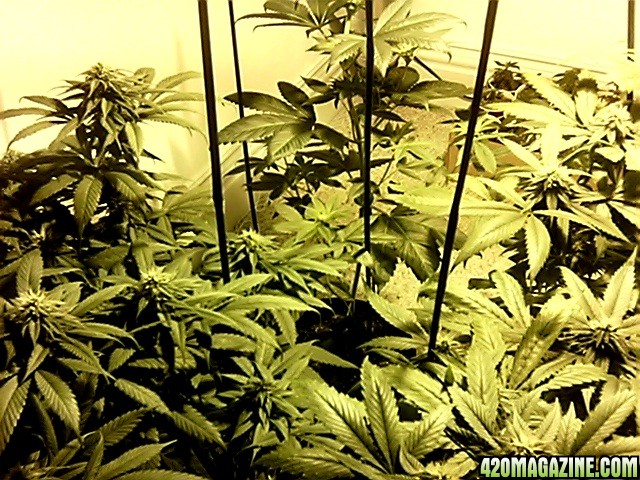 This is the fast bud from sweet seeds. Has a very different smell then the Sativas in the flowering room. Those have more of a fruity smell but this fast bud is very pungent diesel smell. Cant wait to tast it!!!! 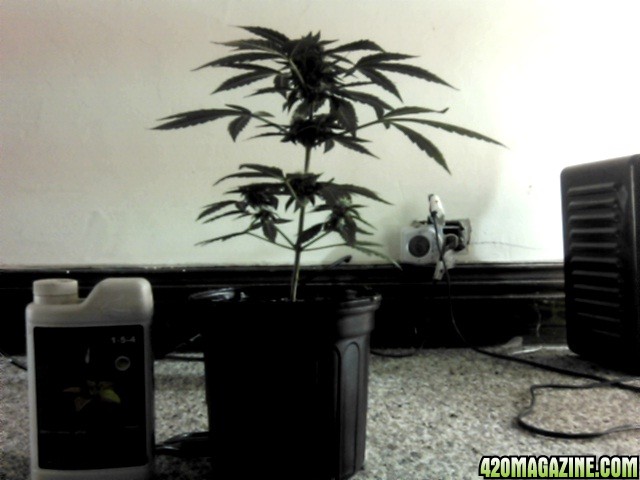 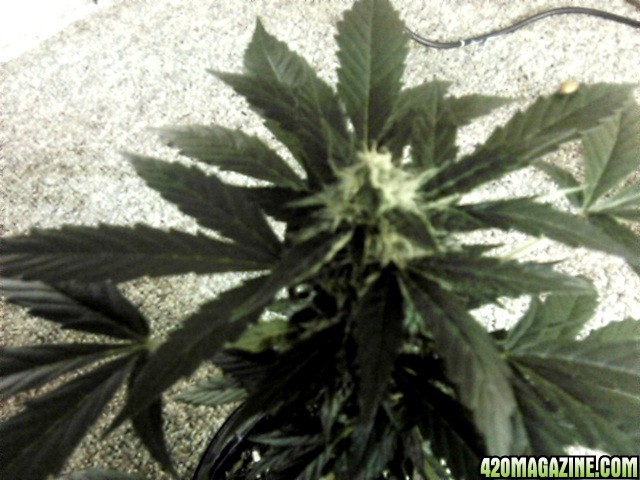 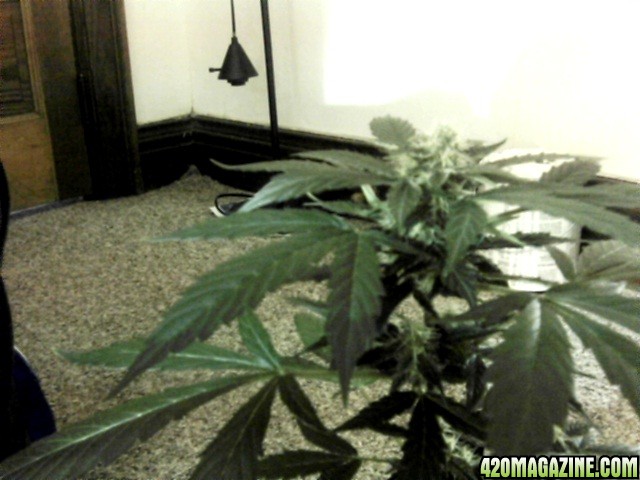 Hope to get some helpfull information from some other growers out there. Theres been a lot of questions that i would like help with preferably with those grower who have grown longer flowering strains and other that use conniossuer.

I dont know wat it is. A lot of fan leaves are falling off which is the same thing that happened last batch. I thought I might have over fed last time but i know thats not the case this time around. I use connoissuer grand master package and i jus dnt know wat im doin wrong. I flushed the medium b4 swithin to flowering and use sensizyme one a week. This strian takes about 11 weeks to flower and i heard longer flowering strains need more N so i hit em with some sensi grow today. Hopfully its not a mistake goin with 1000ppm but i think it was the right amount considering the size of these plants.

On a brighter note I flushed the Sweet Seeds Fast bud and its looking great. Dosent look like a great yeilder but the smell is wonderfull.

Think I figured out was up w da problems im havin w da sativas. Im using fox farm organic soil and it says on the bag no additional nutrient need for 30 days. Wish I know that b 4. Just flushed and they didnt like the veg food i gave them. Im not gonna feed for a week and i hope the damage isnt perminate. Jus gna go w the hobbiest package (AN) for the rest of this batch. Dont want to over do it any more .

Ight gettin everything bac in order with a soil flush for the sativas. Gna leave it organic except for the Trainwreck and the little White widows. Switchin to coco coir next batch and the babys are almost ready to be planted. Already dense roots on the peat pellets but i wat them motherfuckers to wrap around those pellets b4 planting. The fast bud has been harvested and i am now curing that shit. Want to cure this one at least 2 weeks b4 i taste but its gona be hard. 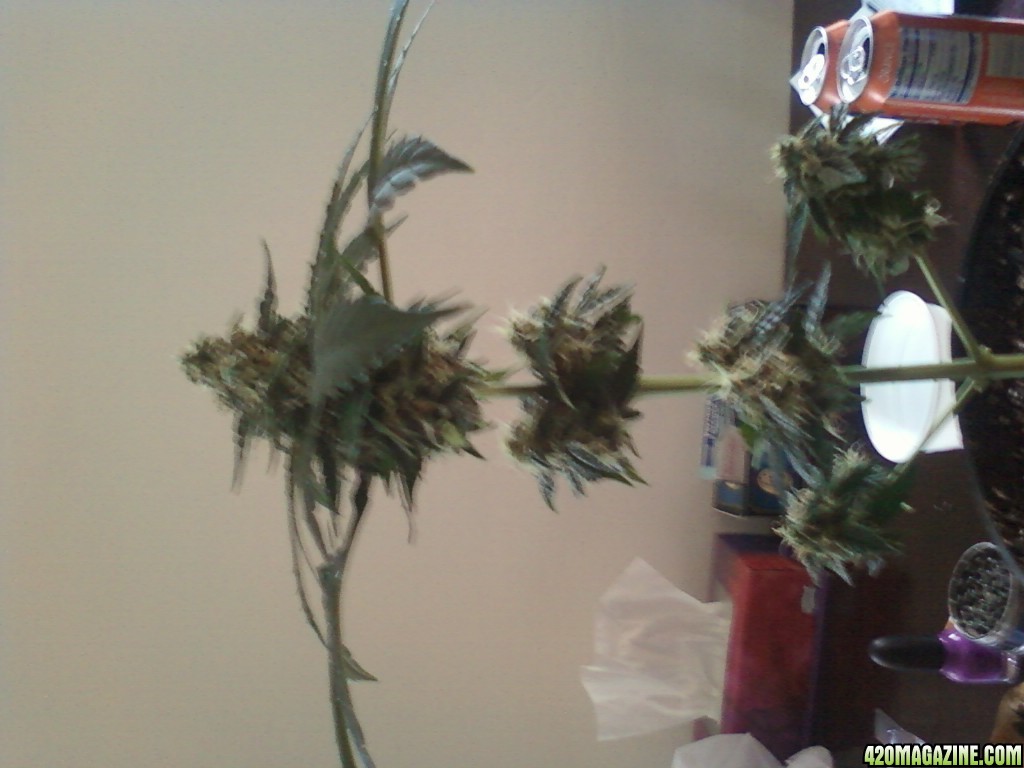 when they all look like this Ill be planting. 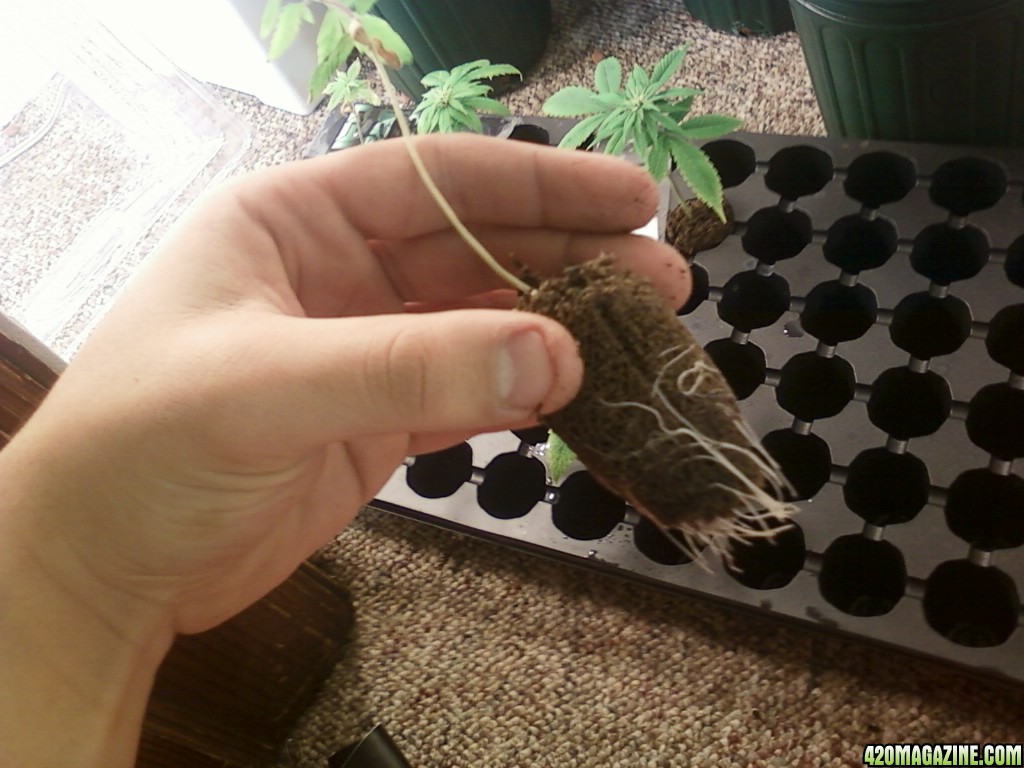 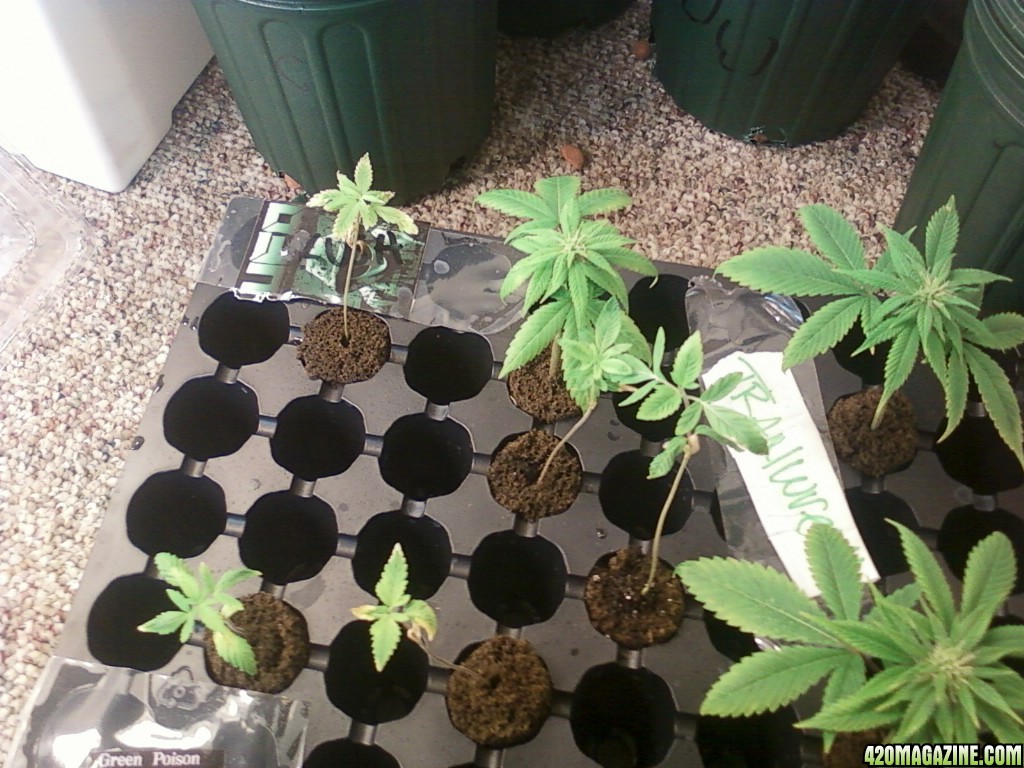 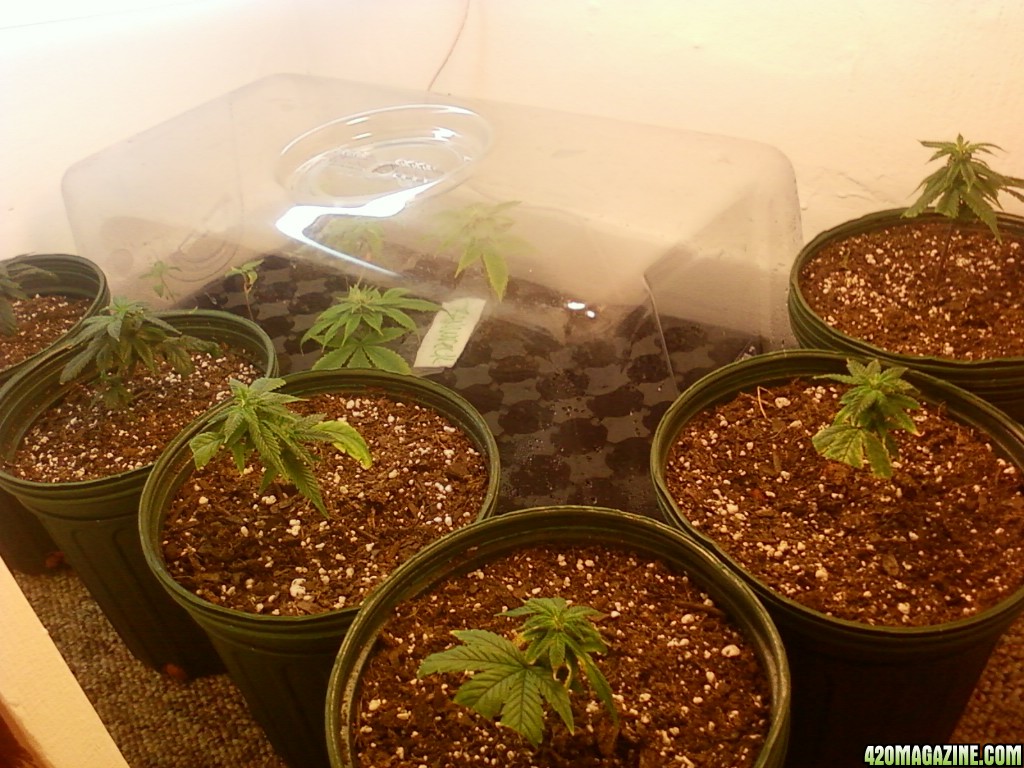 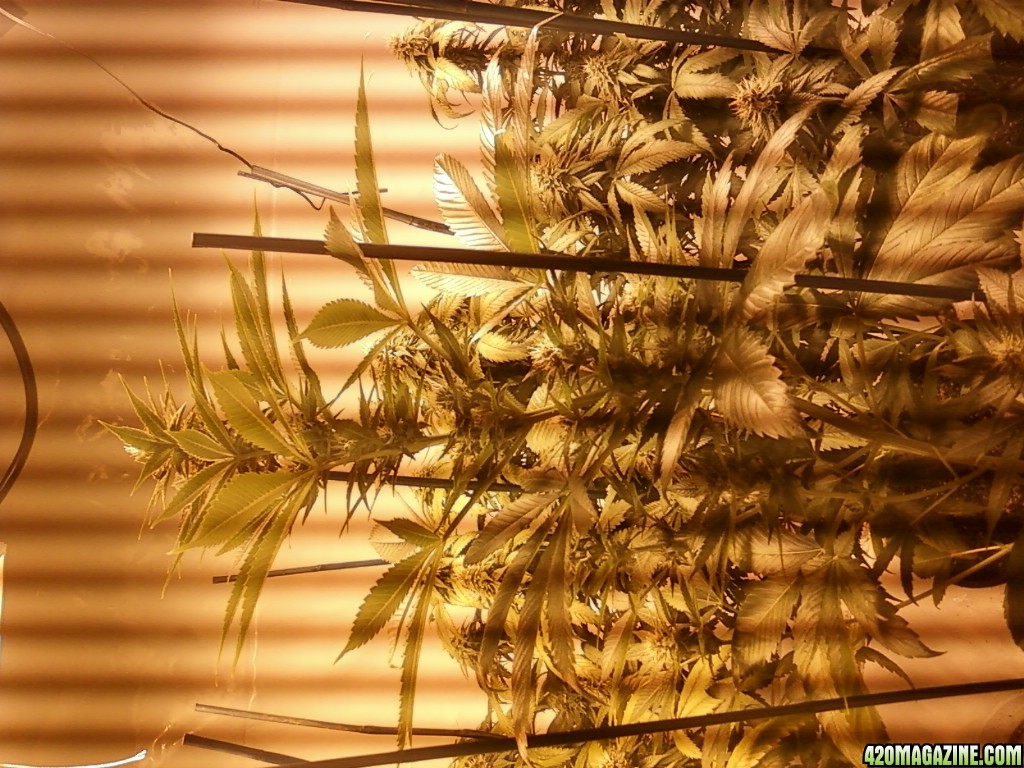 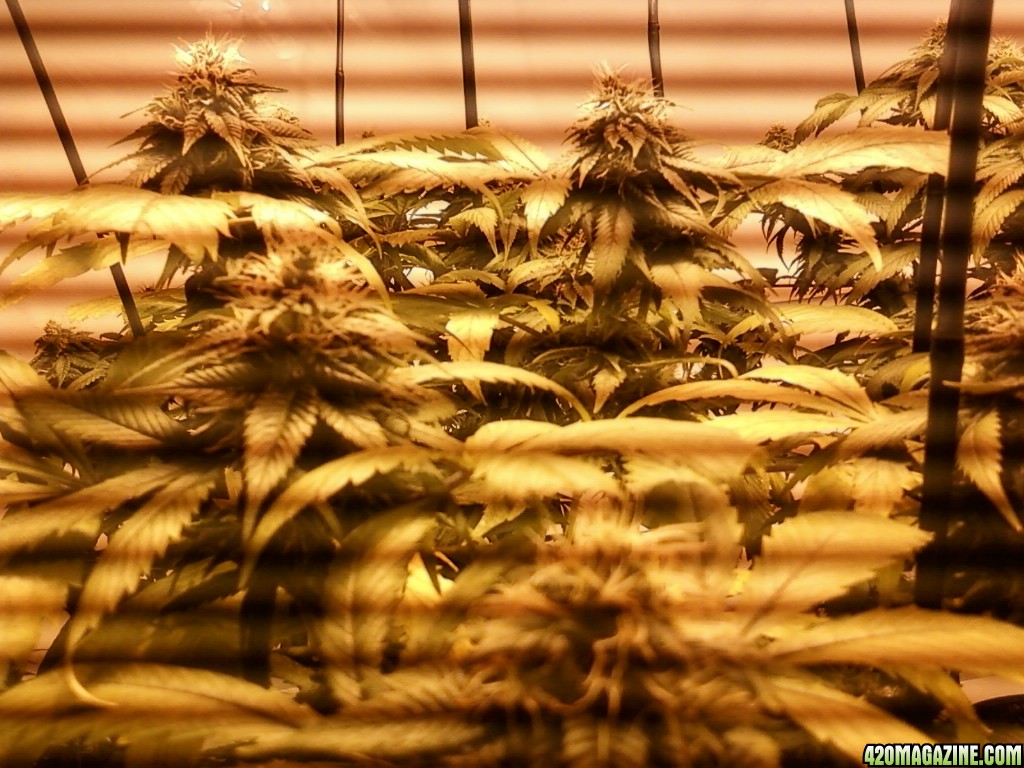 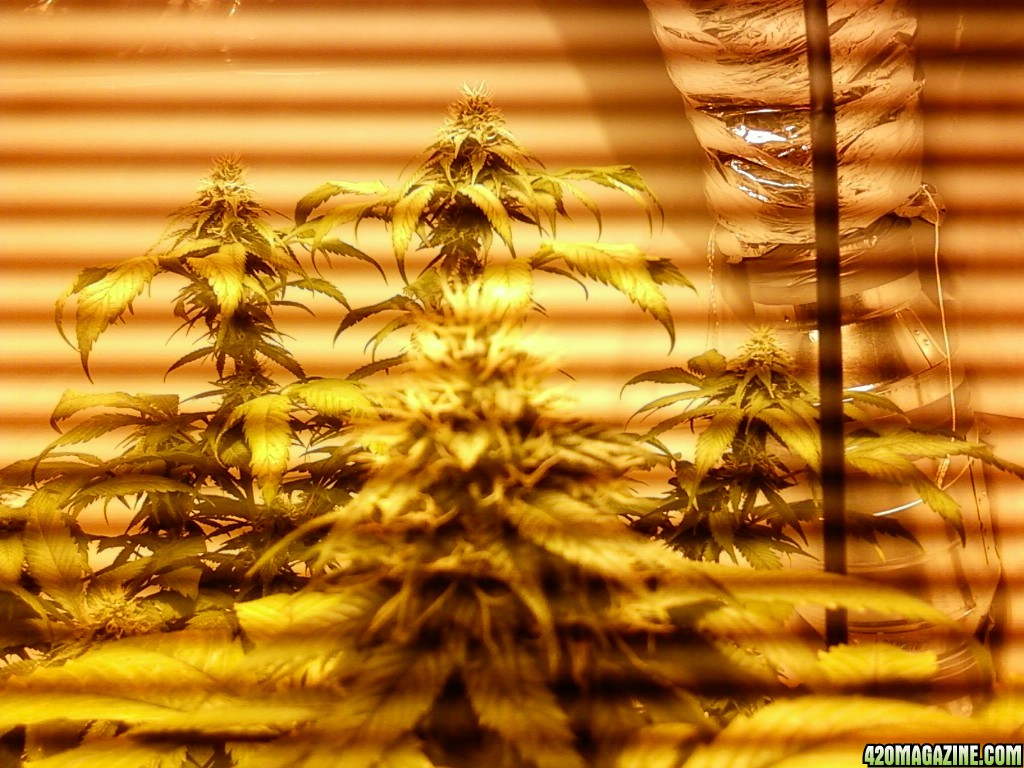 Everything is goin ok for the sativas. still a few with yellow leaves but i jus cant figure it out. Other than that they are all now in week 7 except for the trainwreck which is in week 5 now and swelling up nicely. Hopefully the switch to coco coir will go better with the nutrients im using (advanced). The 9 white widow babys are showing some nice flowers and have thier own 150w hps and a t5 to get a decent yeild instead of having it on the side in the flowering room. I will be starting a new journal for the trainwreck, white widow, special kush, and green poison babys that jus vegging out. Also should be getting some Great White Shark from greenhouse pretty soon. Come with Blue Widow(Blueberry x White Widow) as a frebbie!! Im Going to try ang get 500g with one plant of the gws so that should be intresting. Be puttin up some pics soon.

The sativa hybrids are now done. For some reason i thought they were 11 weeks flowering.... A big difference from 8 but good thing everything seems to be ok. Explains the signs they were giving me after i feed them in week 7, when i thought they were in peak bloom, and were actually ripening. There were two know phenotypes that i discoverd through out the grow. One seem to have more strong of a fruity smell, Which were also ripe a bit sooner than the other phenotype. So much so, I had a few male flowers popin out on 1 of them!! Nothing harmfull, its just an indication that the bud iis ripe. The other phenotype has a more of a skunky smell with a fruity backround. They also have a bit more resin and the buds were a bit skinnier but a lot more on them. Most likley because the number of colas. I got one of the skunky ones to have about 12 tops and even though the buds are smaller, I think theres gna be a lot more yield than the fruity's. So far I averaged 40g a plant dry with the fruity's which i had 3 of. The skunky's are not gna be done for couple days being that they were jus recently havested and are now hanging. Hope i get at least 50g if not more a plant of the skunkys. Guess were jus gna have to wait and c.

Thank you for sharing your grow with us!

If so, please start one here:
Journals in Progress