Lawmakers in other parts of the country are watching Colorado to see the impact of its medical marijuana laws. In the next legislative session in Georgia, lawmakers will take another look at a medical marijuana bill. One of the major voices in that conversation comes from a 4 year old who has just uttered her first word. She did it in Colorado.

Haleigh Cox is 4. She suffers from a seizure disorder. Her mom, Janea, says she was having 200 seizures a day. In January she stopped breathing and had to be resuscitated. Doctors at a hospital in Georgia told the family there was nothing else they could do. But the Cox's decided to try one more non-traditional option. They moved to Colorado so Haleigh could take a form of cannabis oil.

Her mom said, "In four months she has gone from 200 seizures every day to 6 seizures on a bad day." Janea Cox says her daughter is now alert, smiling, and even said her first word. She understands people have different opinions on this issue, but she cannot deny what it has done for her daughter. "This medicine has saved her life." Jenea and her husband are urging the Georgia legislature to pass a bill so the medical marijuana that is helping Haleigh will be available for them at home. 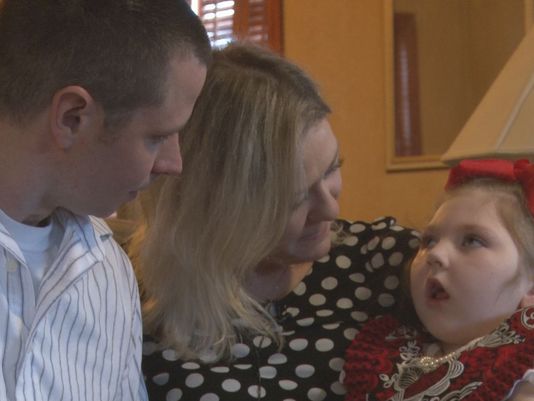