Greetings fellow herb lovers.
This is my first post and attempt at growing some herb.

Watering: Every other day, with daily misting soil top layer.

Here's the closet and grow box. 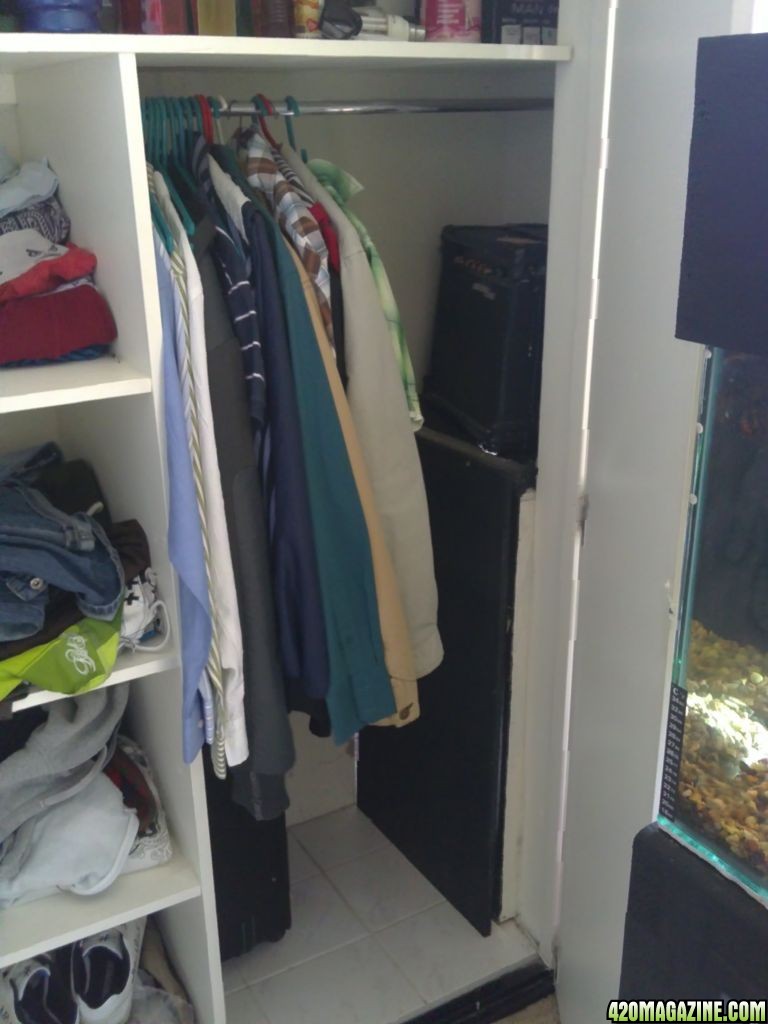 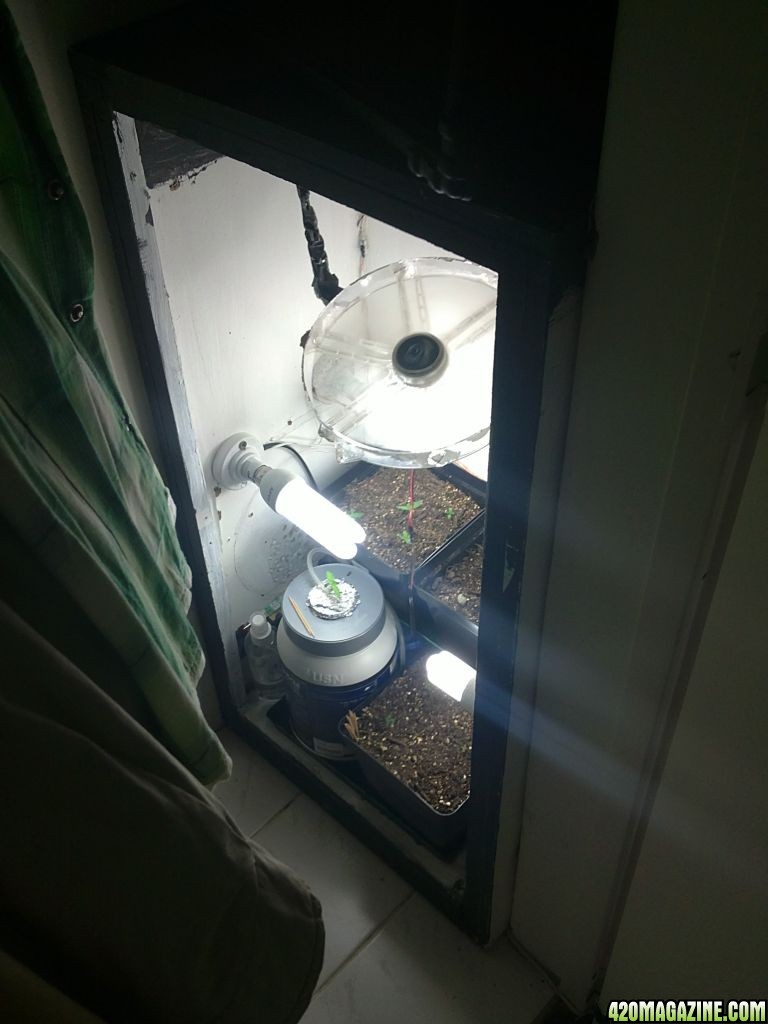 My first attempt failed.Here is the surviving plant with a new one. 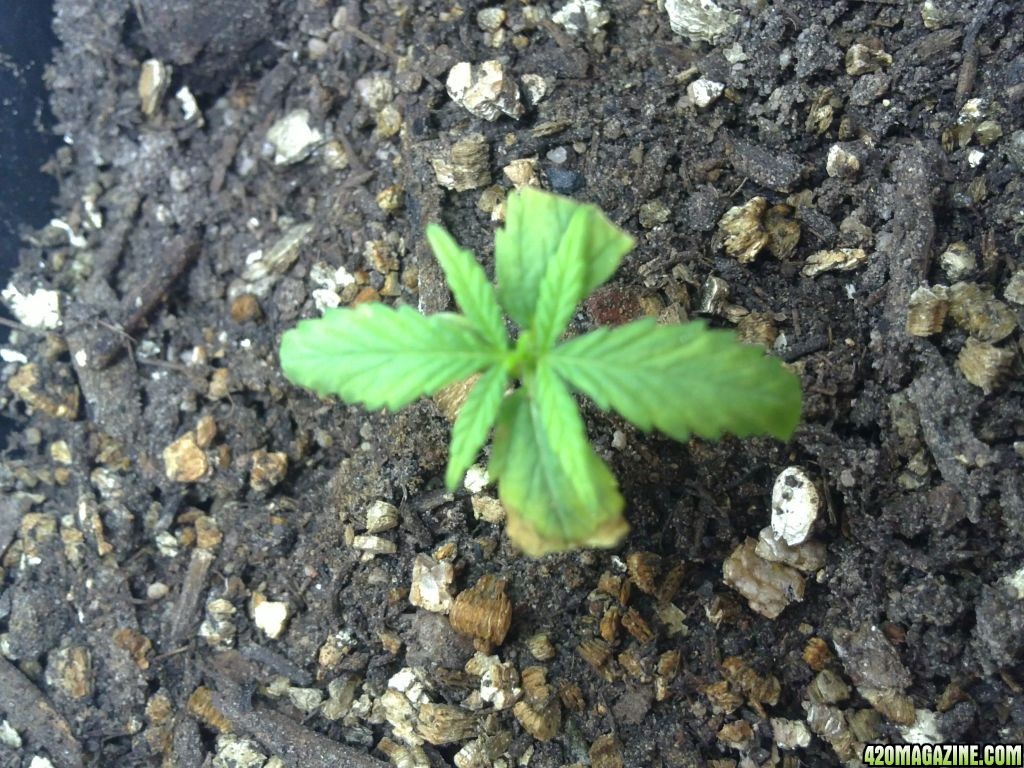 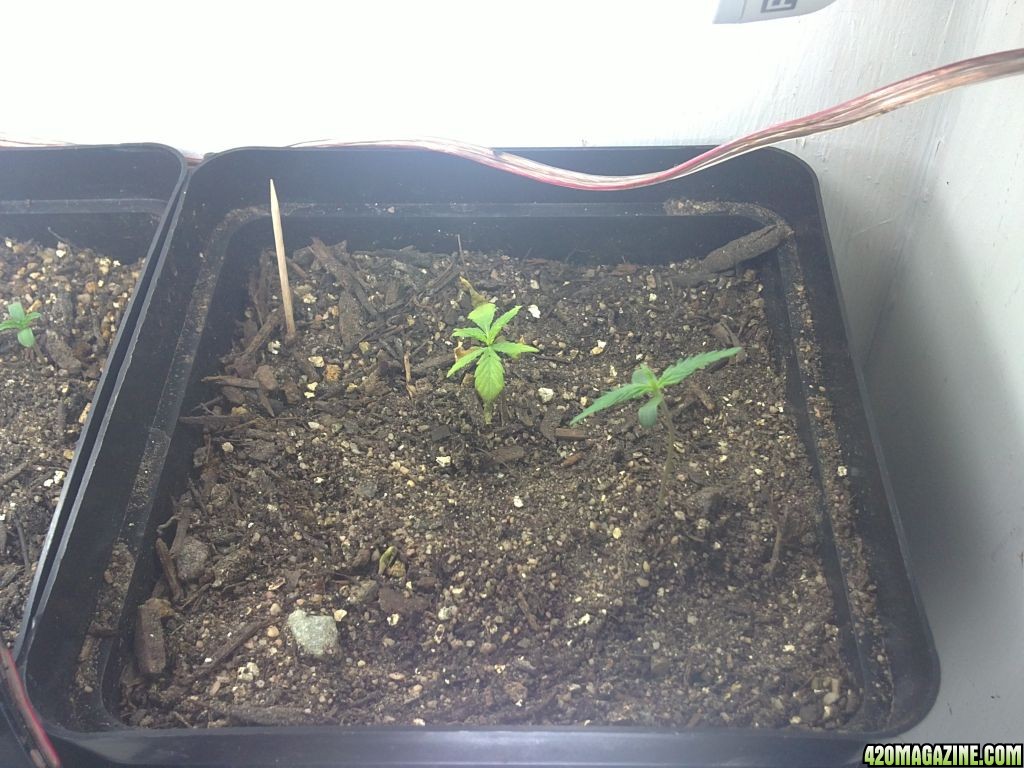 And here is the rest of my plants including a hydro baby. 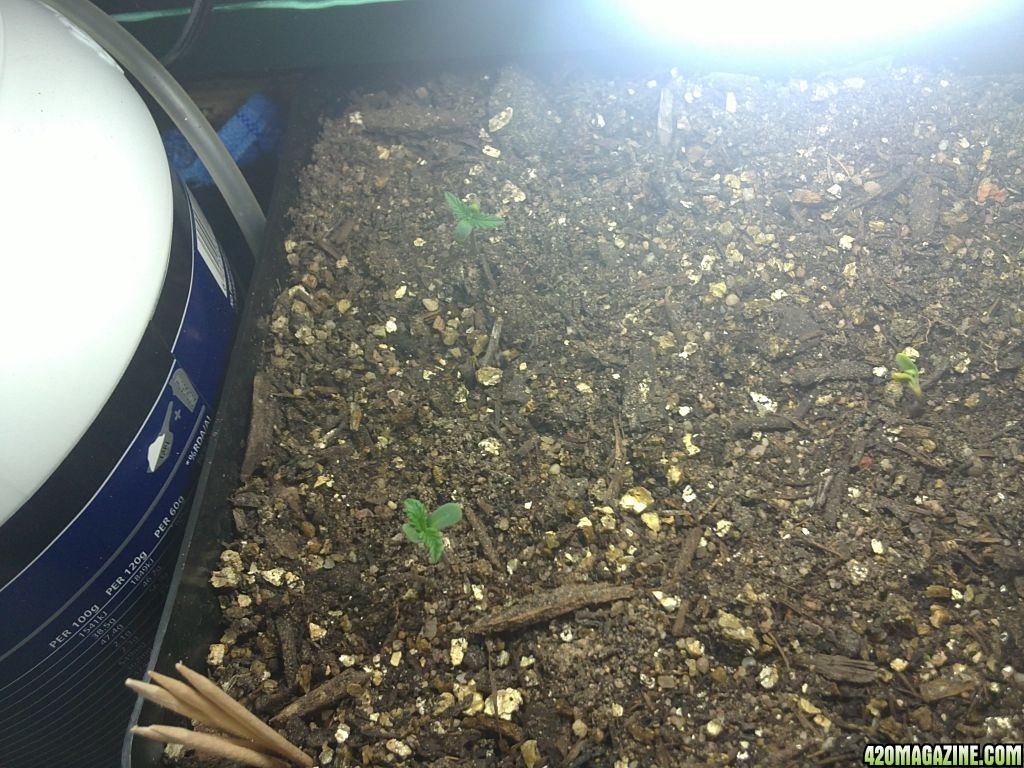 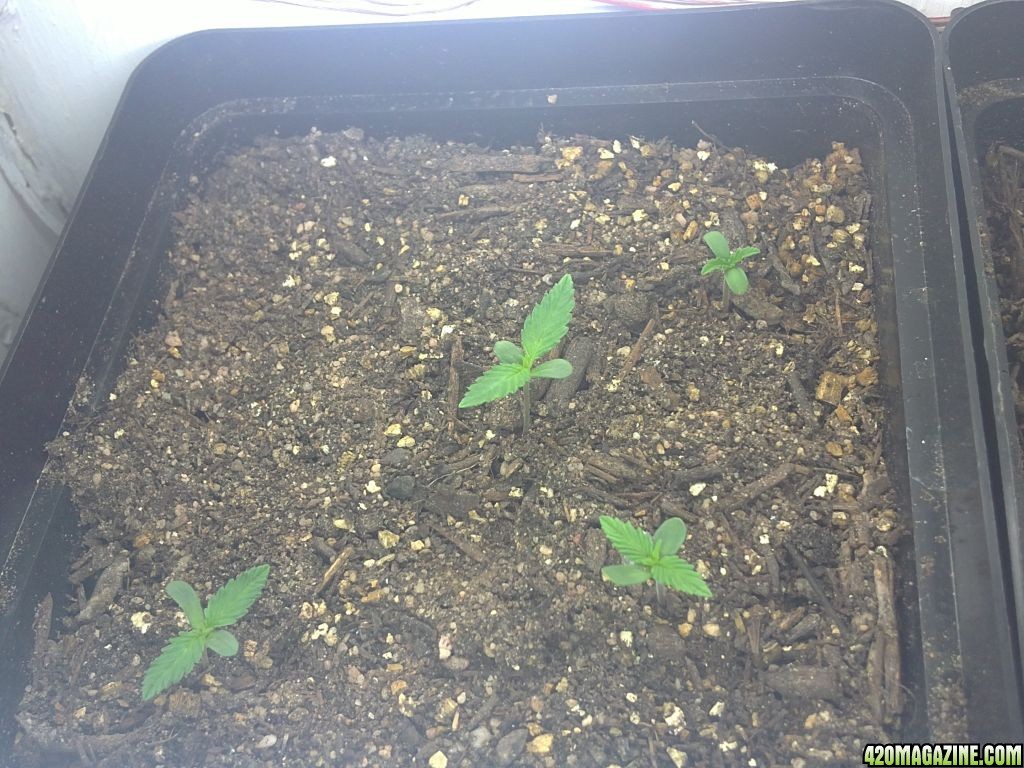 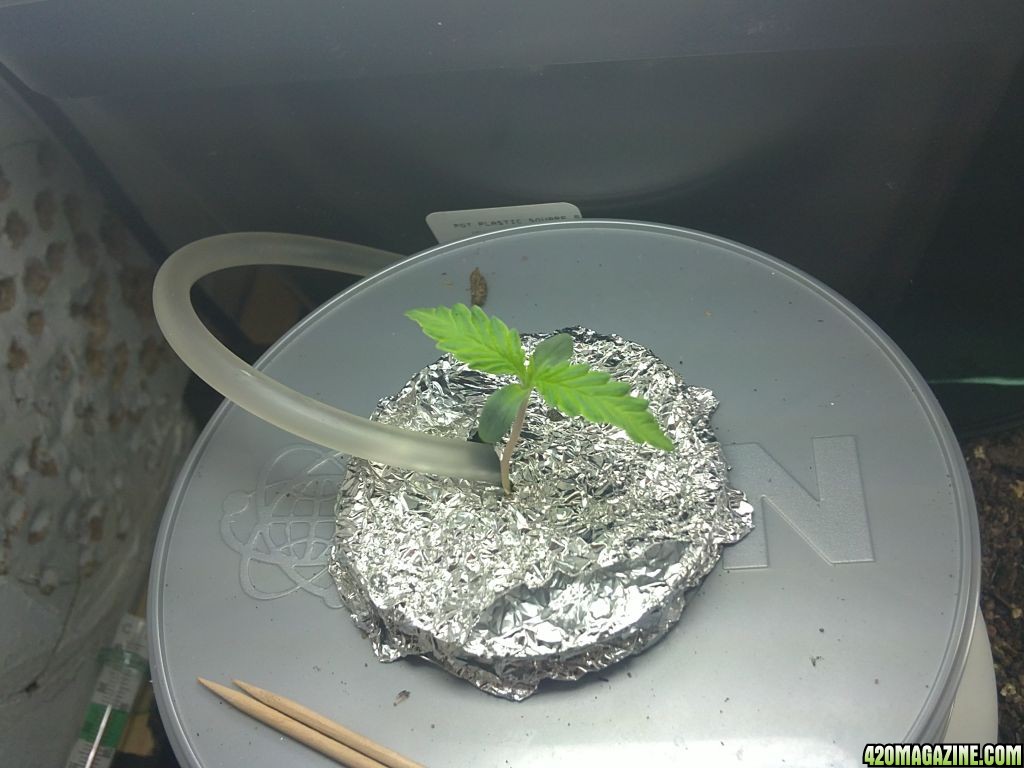 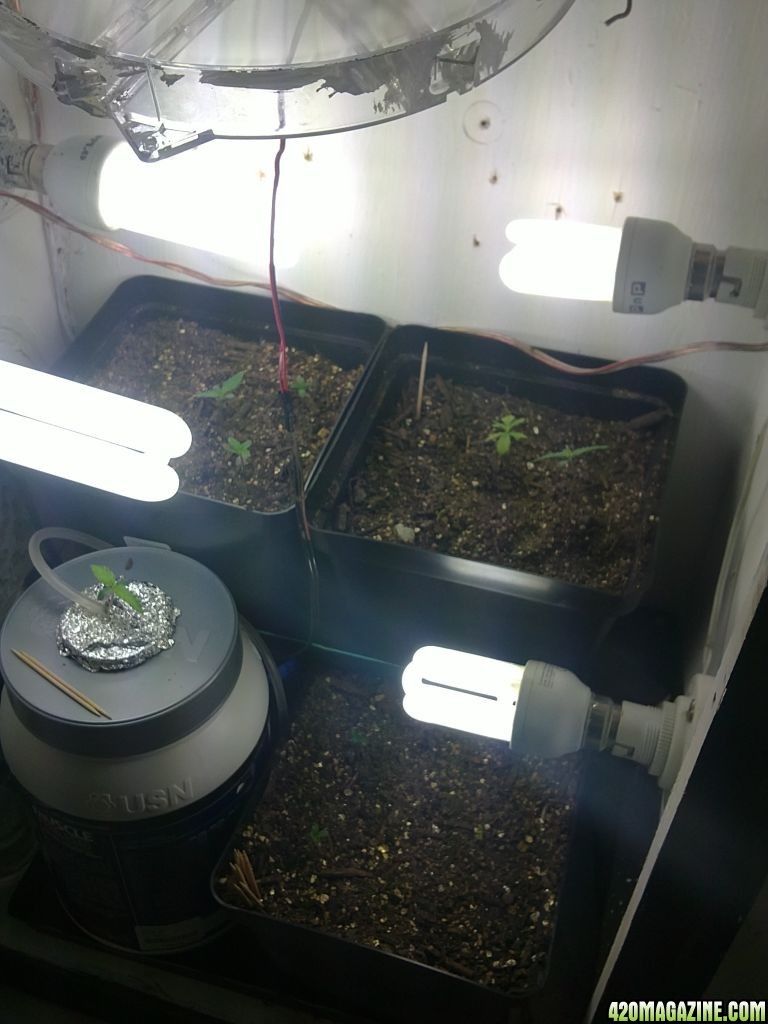 I will update once or twice a week.
Hope ya'll enjoy.

Hi everyone.
Seems im not getting any hits.Here are some more pics. 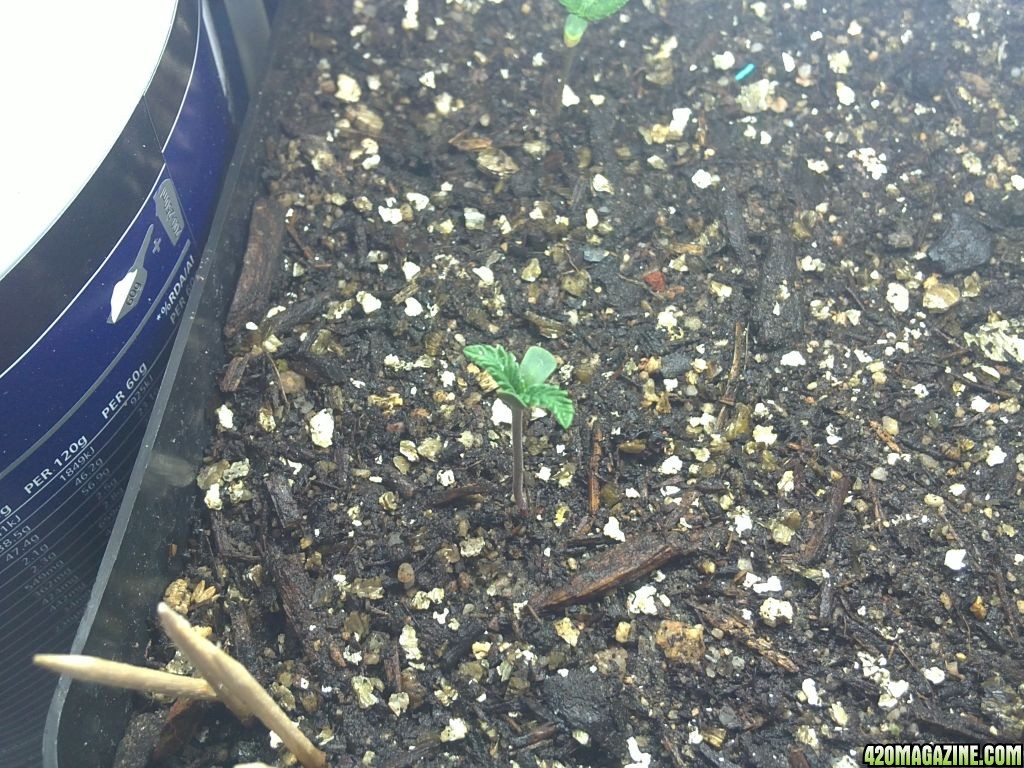 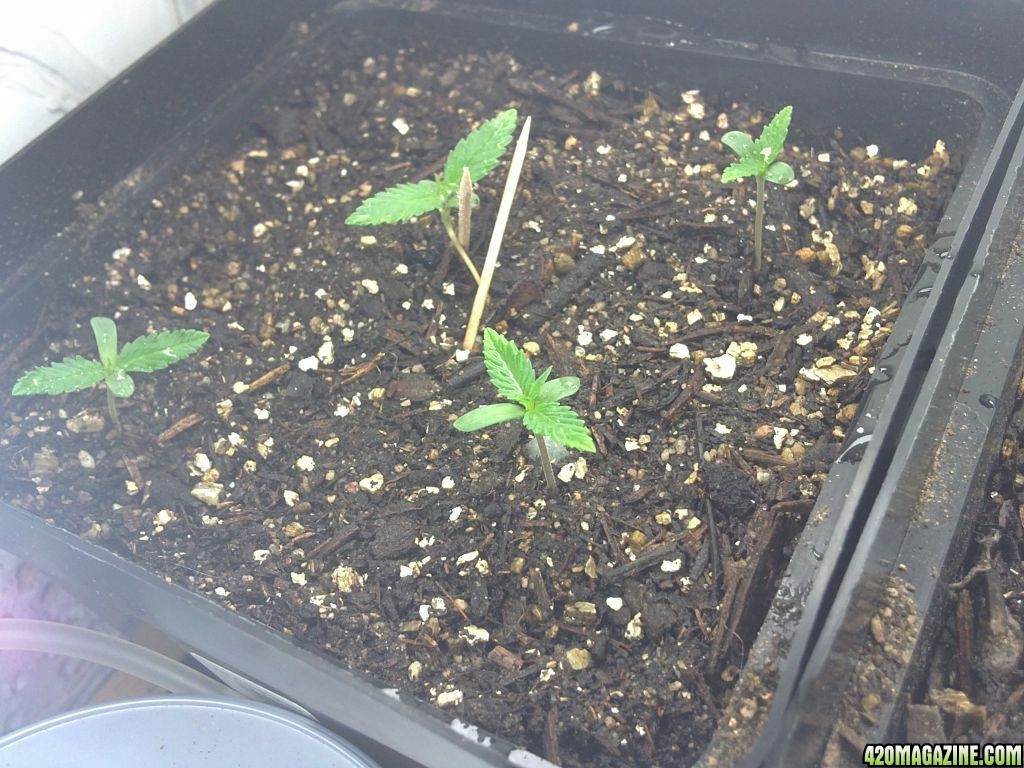 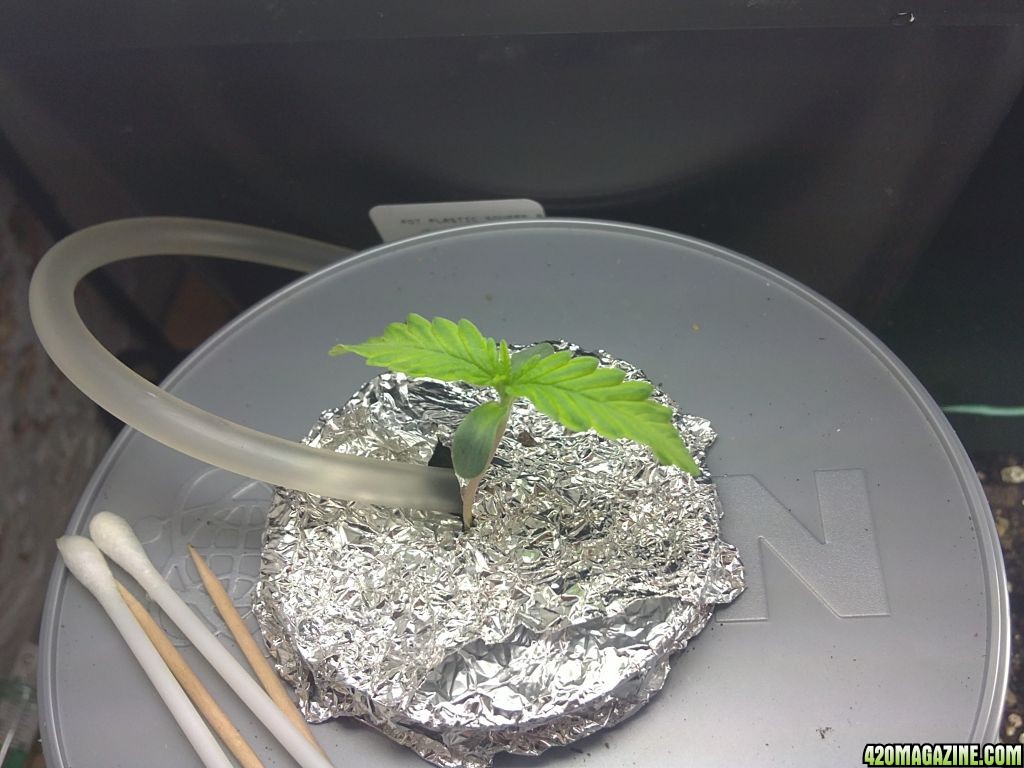 Good day all.
My grow was a bit crappy in the beging.
I did some reading am thought up some ideas.

I scratched the hydro experiment and chose my strongest 6 ladies(i hope.)
Then they where replanted into 2l soda bottles.They take up less space than posts and still have a lots op space for root growth.

Anyhow its day 10.
2 Plants look realy good while the rest still seem to have some issuses.

I switched to an organic fertilizer called 'Nitrosol'.I live in South Africa so most
of you wont recognize it.Il be doing some light dosing after the second week.

Problems:
Fed them to early and got some nute burn(with a hydroponic solution).
Also the transplant was a shock to the babies.
Oki doki hope this gets some replies. 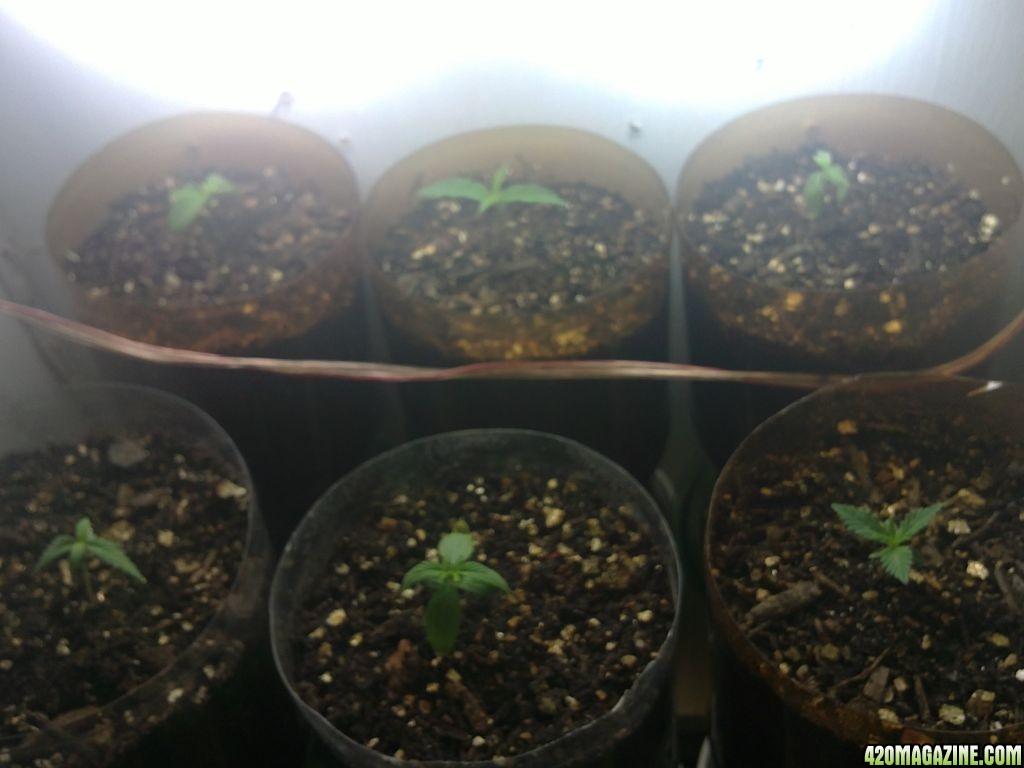 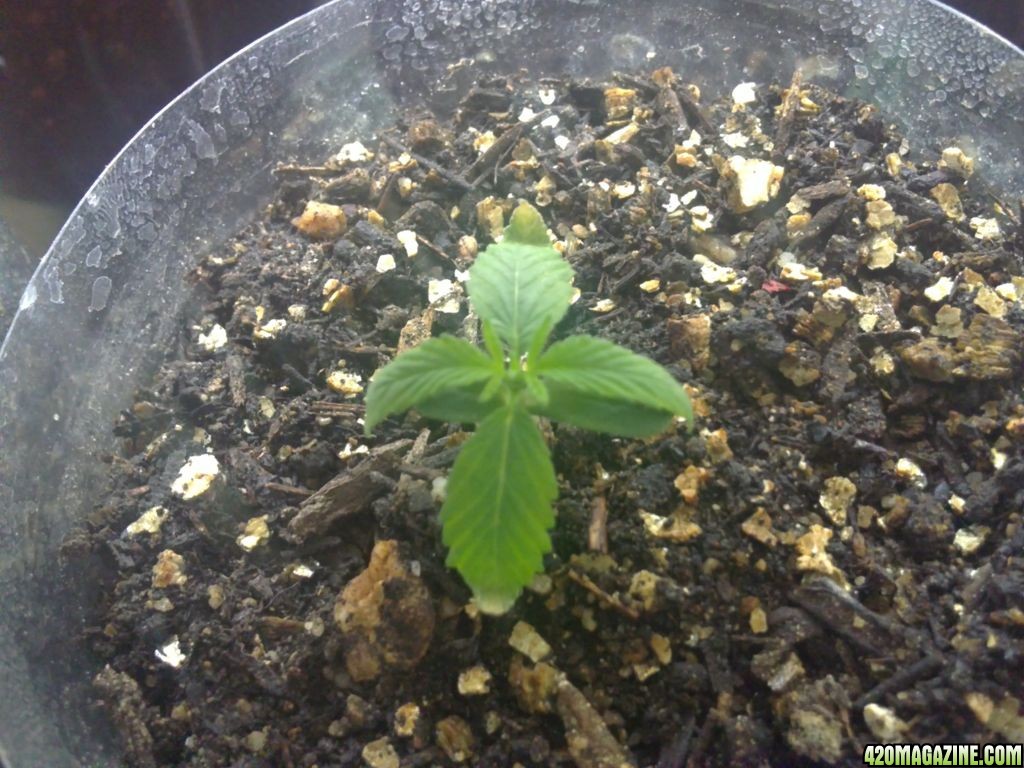 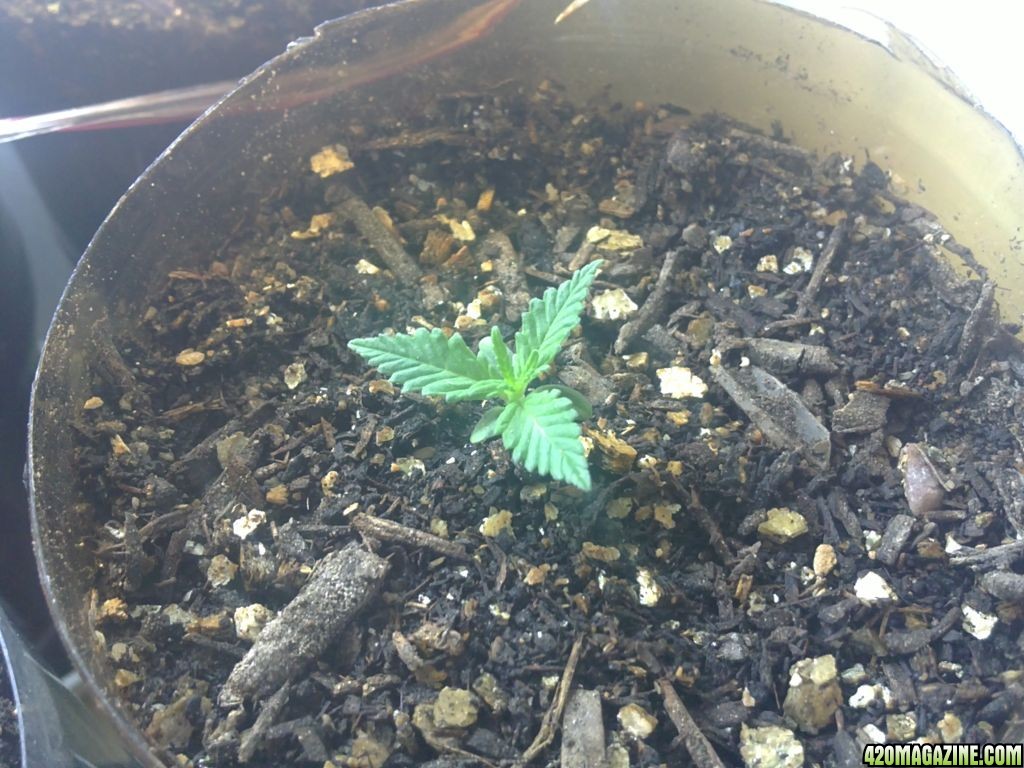 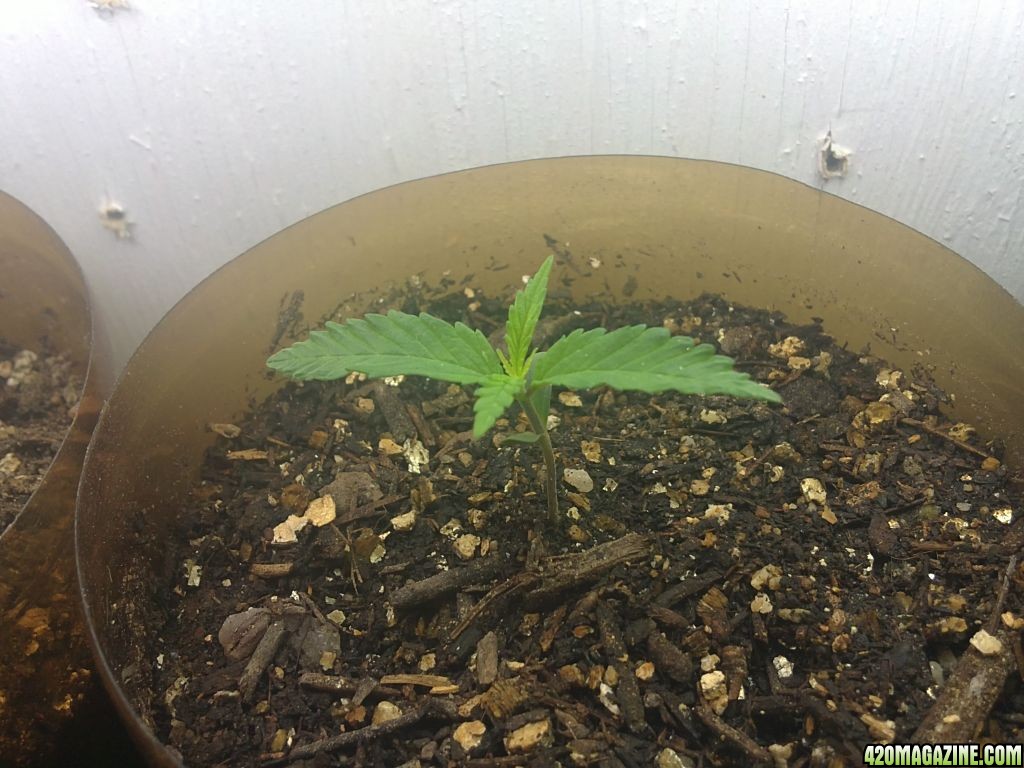 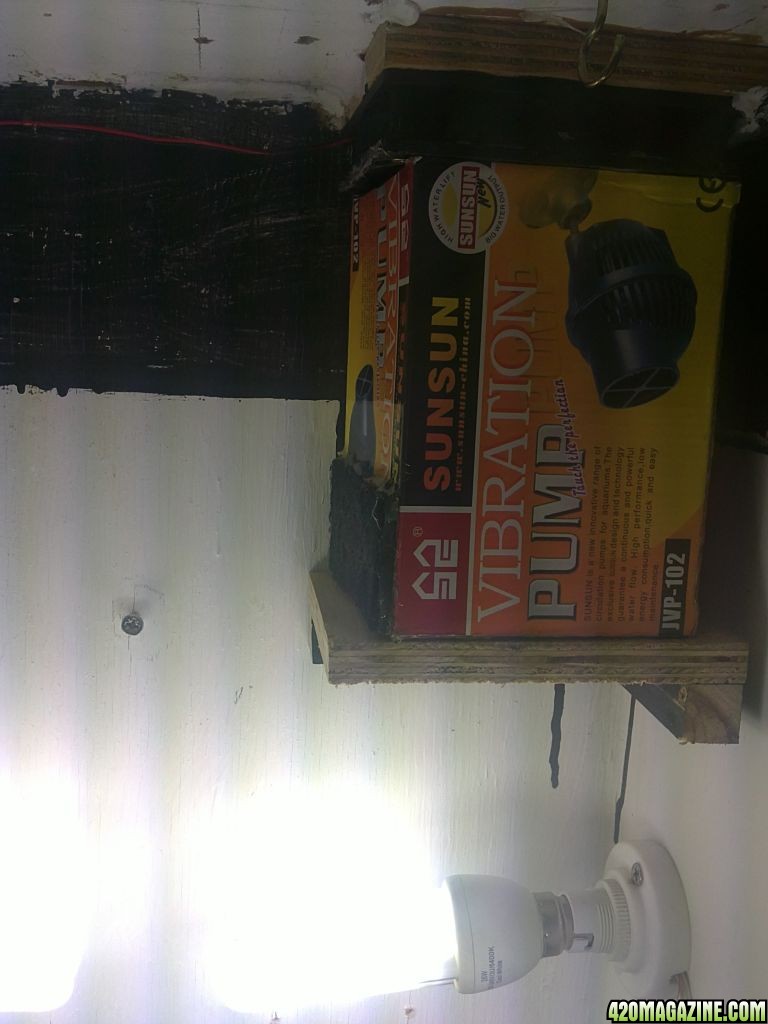 Also the plant with the 3 leave set,is this something that happens alot.Looks cool though.

Looking good so far MrTinyTokes. Try not to give them any nutes at this point. It will most definitely be too much for them to handle. I usually wait until they get 2 sets of fully developed 5 points on them before I introduce nutes. Good move on getting them into their own containers. You want to keep them in their own containers so they don't end up fighting for root space as they grow. You might want to wrap duct tape around the bottles to keep the soil and roots free of light. Did you drill drain holes in the bottles and what is your light schedule?
Round-3-cheese & hash
The Kid's 2nd Grow - Continued
2nd Grow - Lowryder Purple Jems - Abandoned
KannabisKid's First Grow - WWM and Freebies - Hydro
Plant Abuse Chart
M

You might want to wrap duct tape around the bottles to keep the soil and roots free of light. Did you drill drain holes in the bottles and what is your light schedule?
Click to expand...


I drilled 5 holes in each container with an inch of stone chips at the bottom.
I have a waterbase waterproof black paint that i'll use on the containers.
Currently the lights are 24/0 since 3 days ago.they seem to like it more than 18/6 it was on for the first week.
M

Alright.Pots have been painted.
No more peeking roots. 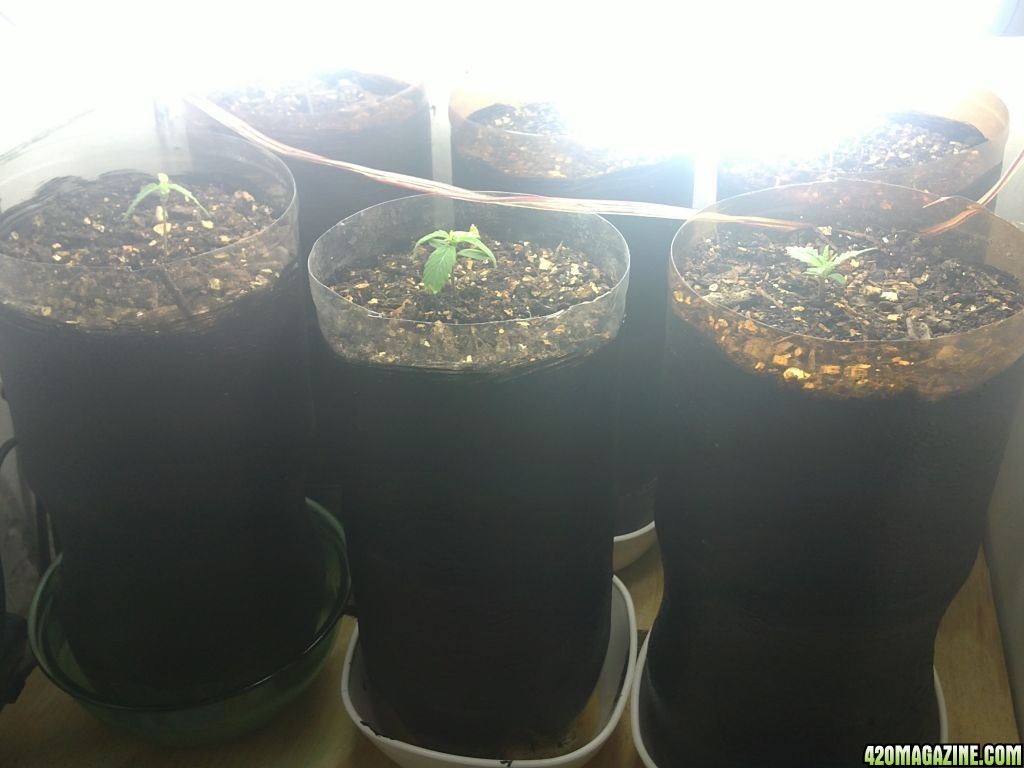 Hey everybody.
Its week 2.

four days ago i flushed the soil as its looked like i had nute burn on some of my plants.
I used 6.6ph water for the flush.But since then the plants havent realy gotten better.

There is still 3 plants looking okay,no problems on the new growth but im worried.

This morning i did a nother flush to make sure the soil has little nutes.
These seeds came from a friend and im afraind that there will be no girls in this batch. 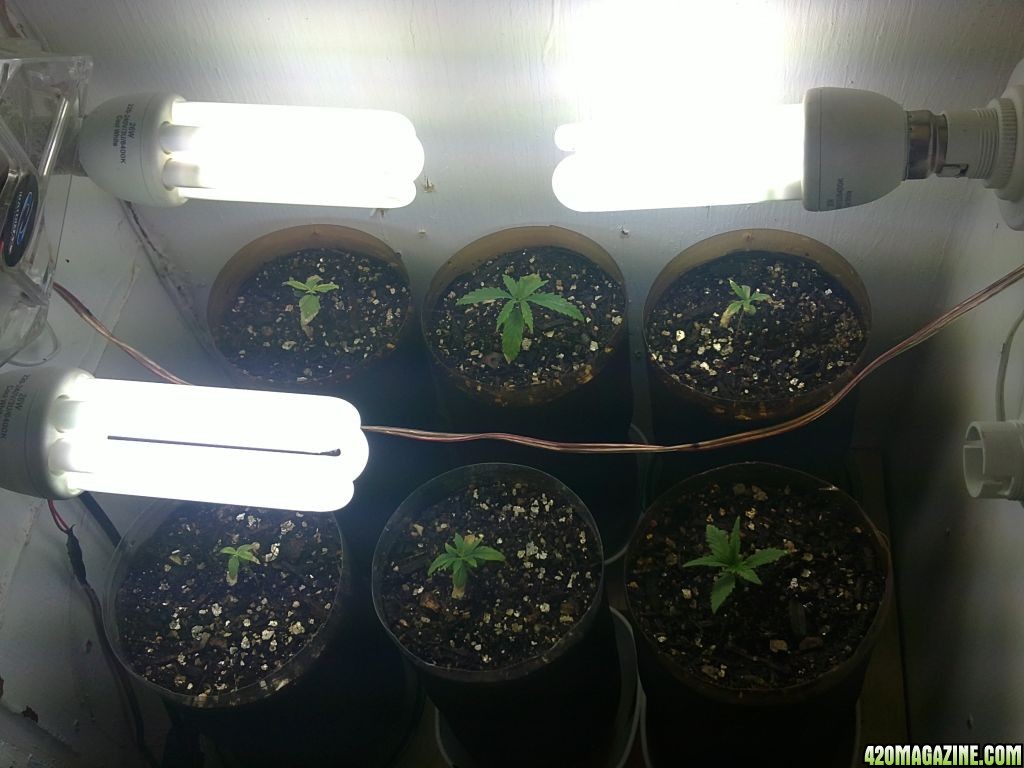 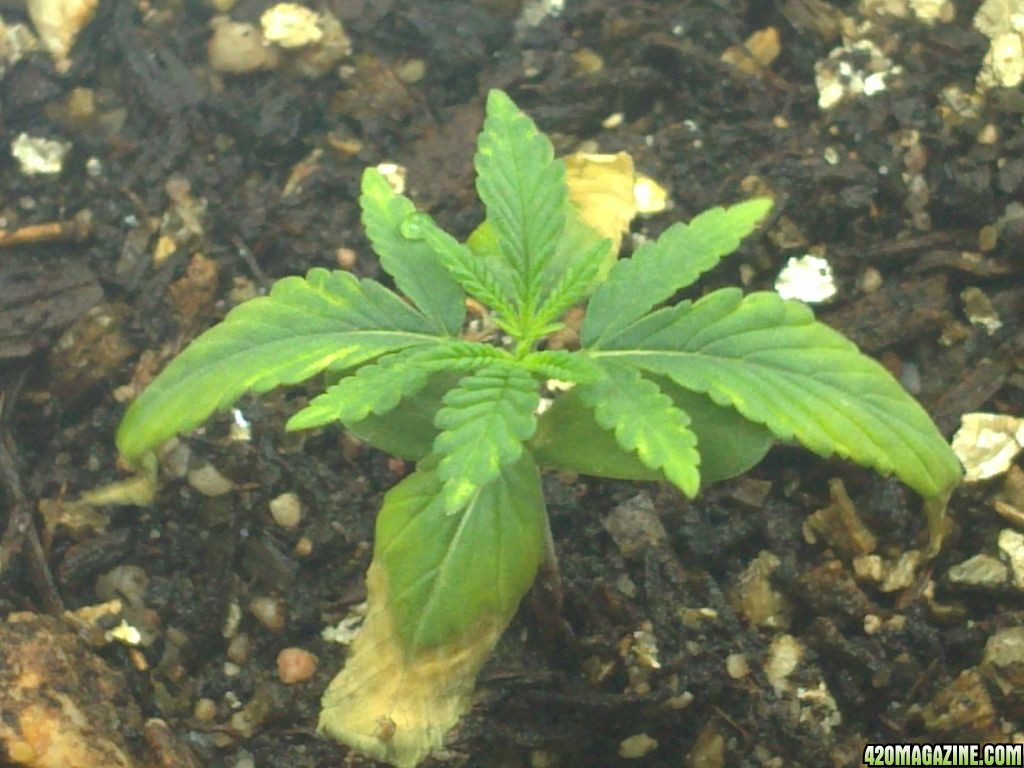 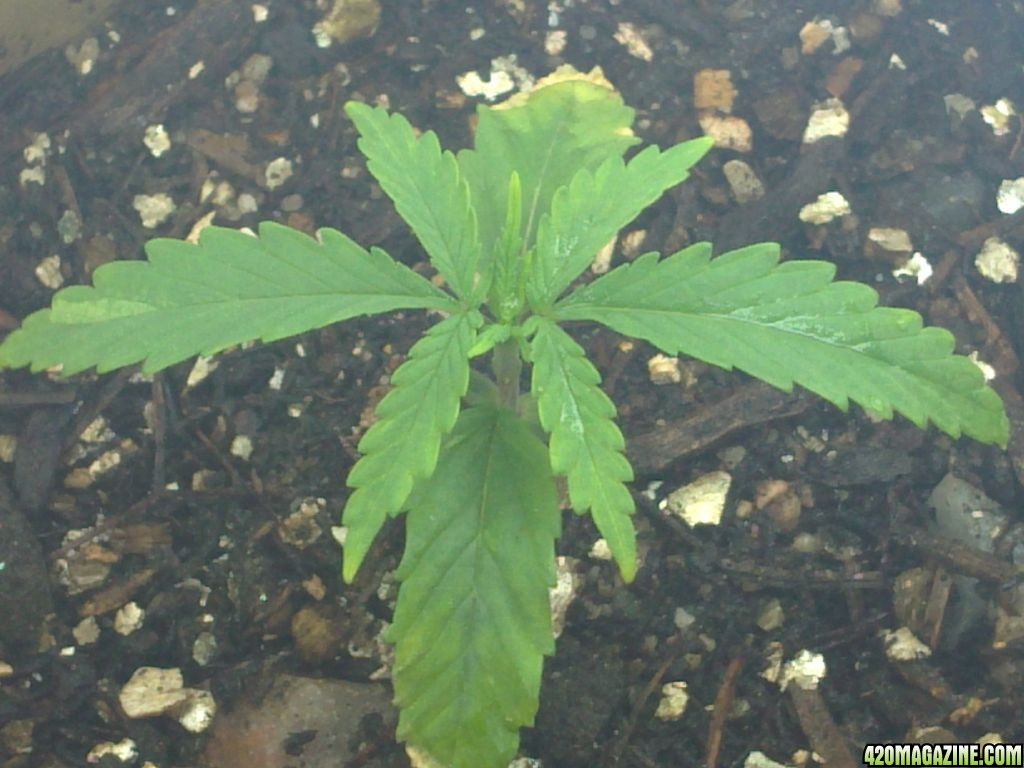 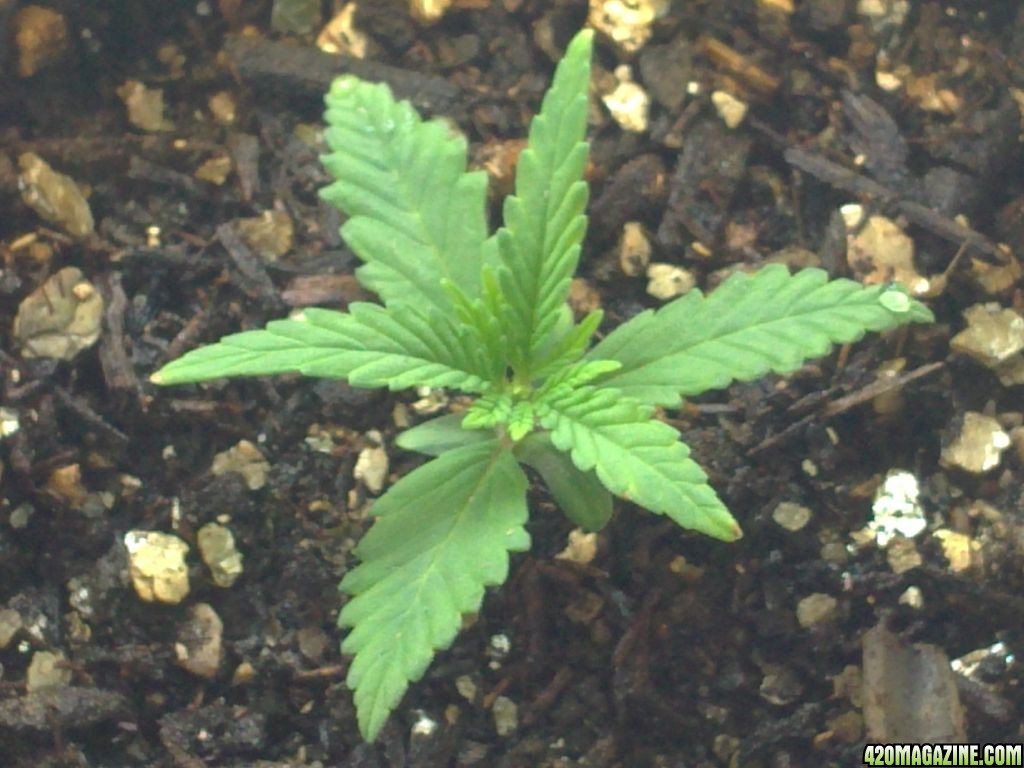 Day 15.As this is my first grow im kinda upsest with my plants.
I think im going to let the ugly plant go.Even if they recover they most likely will take forever to mature.So i need advise if i should indeed keep the runts or not. 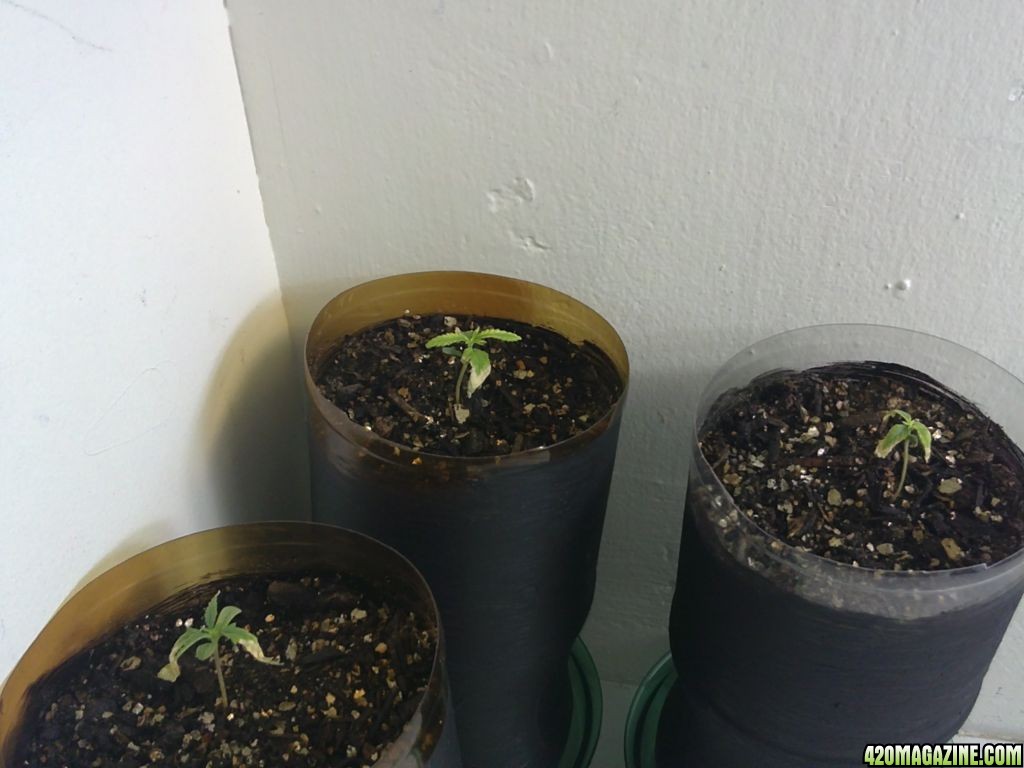 Lovely ladies.(actualy very big chance of them all being male) 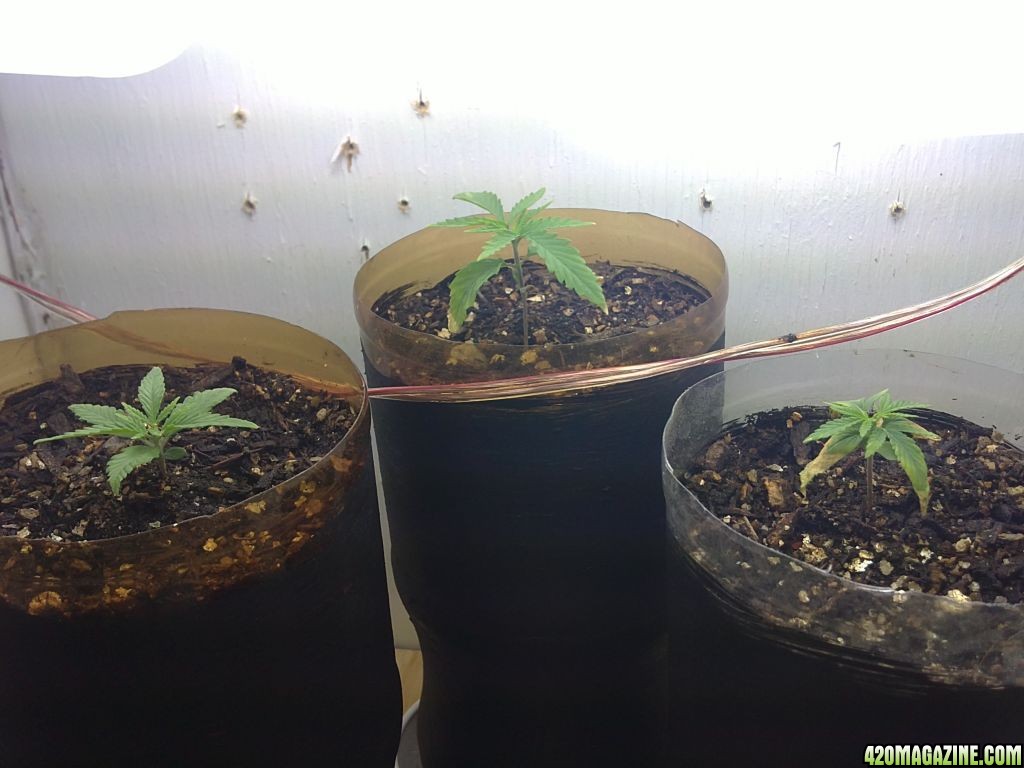 And some individuals.
Oldest one 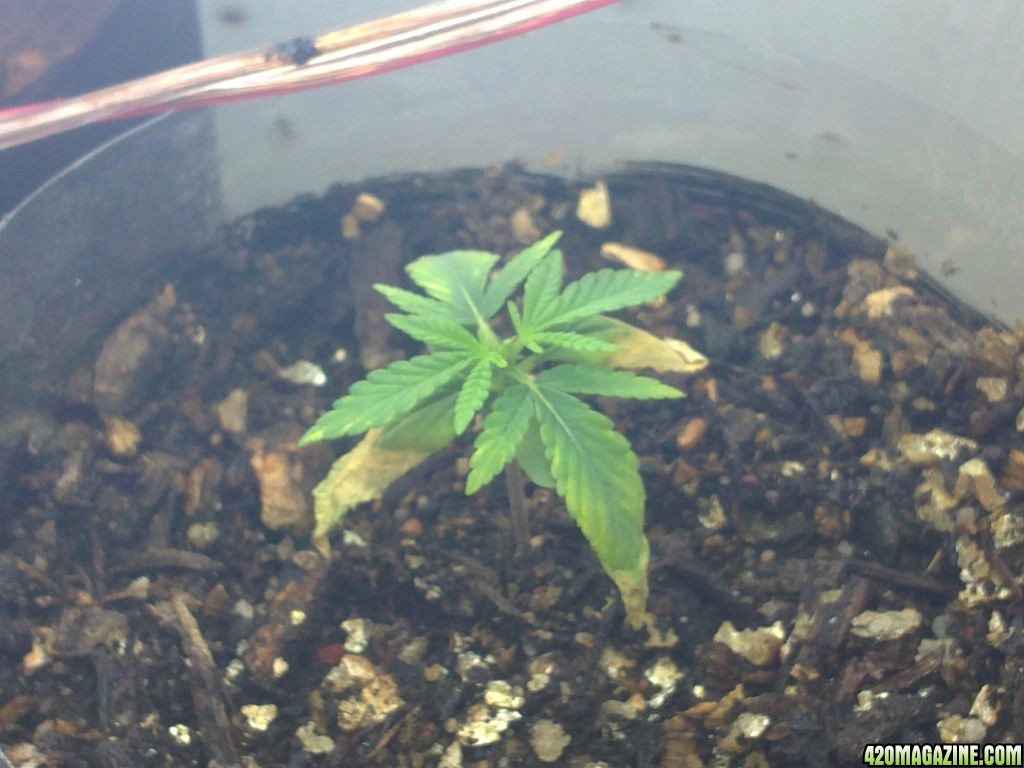 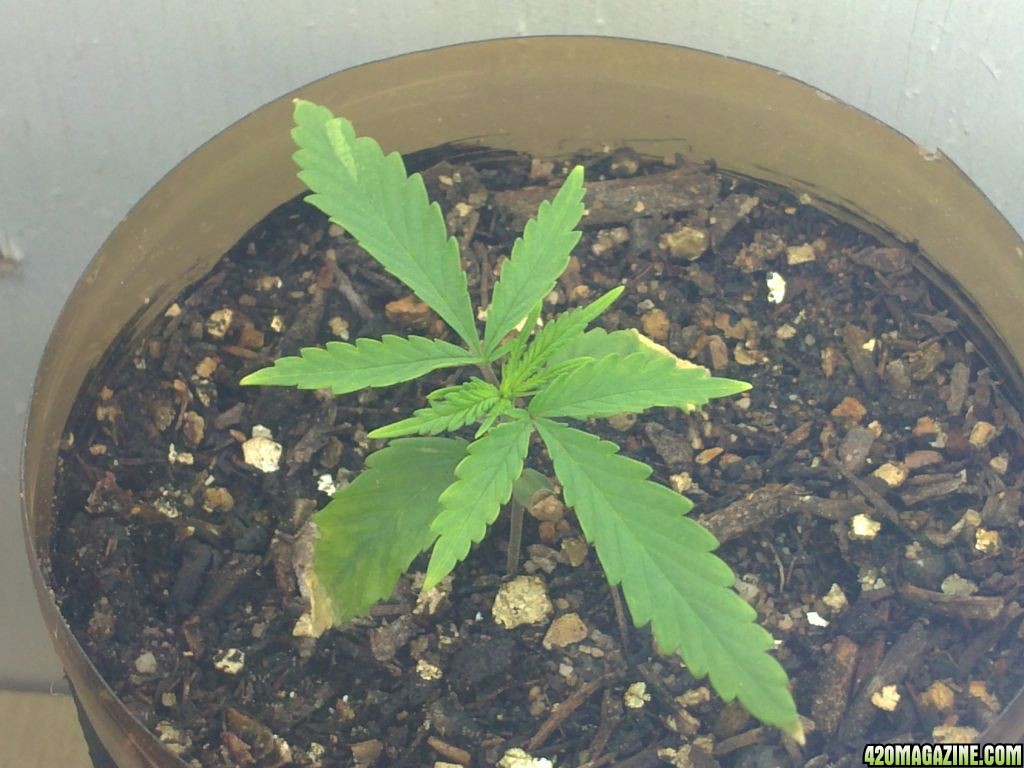 And the 3Leave set anomaly.Hope she makes me 3times as high. 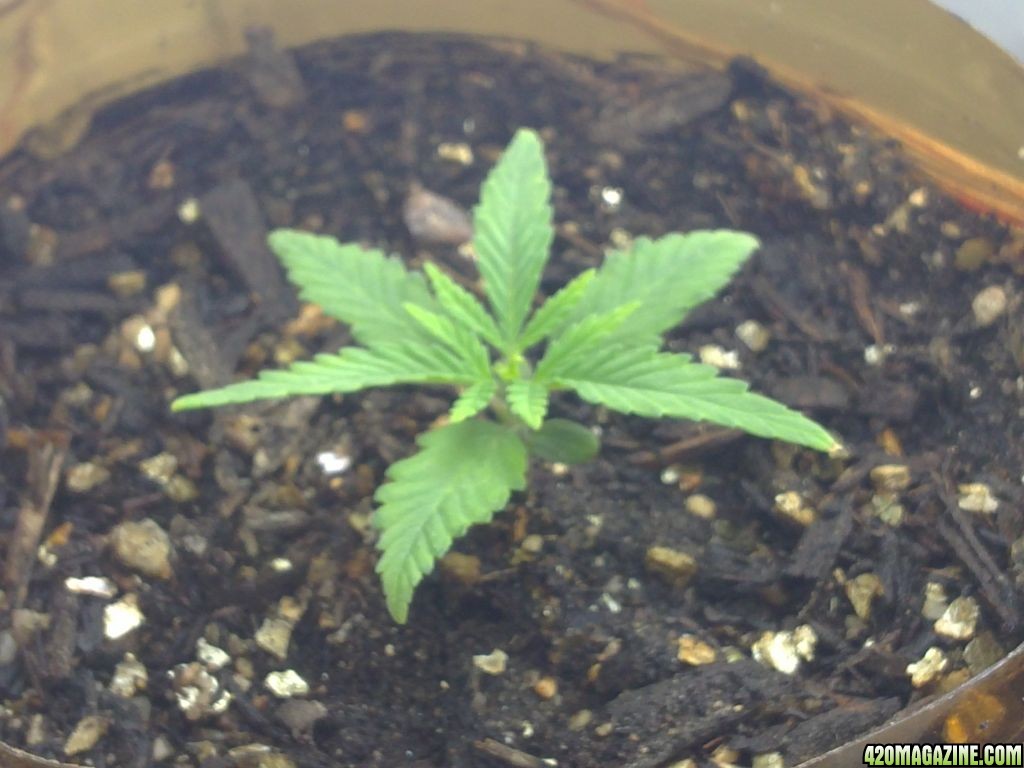 The new growth is looking good. Just make sure you don't over water and hold off on nutes right now. Let the soil dry out a bit before watering again. As for the runts, well that one is up to you. There are pros and cons to that one.
Pro - If 1 or more of your larger plants are male, one or more of the runts could be female and a replacement for the male that emerges.
Con - They will take more time to reach a point of maturation at a healthy level and will take up more grow space.

On another note, some people run their plants on a 12/12 schedule from the beginning and have good results. Hope that helps a little.
Round-3-cheese & hash
The Kid's 2nd Grow - Continued
2nd Grow - Lowryder Purple Jems - Abandoned
KannabisKid's First Grow - WWM and Freebies - Hydro
Plant Abuse Chart