Advocates for medical marijuana in Montana have begun gathering signatures for an initiative seeking to undo legislation that they say overly restricts the use of the substance.

But backers of the measure have just nine weeks to collect the 24,175 valid signatures needed to place the initiative on the November ballot, but said during a news conference at the state Capitol on Tuesday that it already fanned out two dozen field staff across the state.

If approved, the measure would lift the three-patient limit, establish licensing fees to pay for administering the program and include post-traumatic stress disorders among the conditions permissible for treatment using medicinal marijuana. It would also require providers to be licensed and their dispensaries undergo yearly inspections.

Medical marijuana forces suffered a setback in February when the state Supreme Court upheld key provisions of 2011 legislation that rolled back a 2004 initiative legalizing the use of medicinal marijuana.

The Montana Cannabis Industry Association has asked the court to rehear the matter, but the court has yet to decide if it will do so.

If it rejects the request, "it will wipe out access to medical marijuana in Montana," said Kate Cholewa, the spokeswoman for the initiative drive, "Yes on 182."

The latest initiative attempt is one of four marijuana-related measures attempting to make it on the ballot – but none thus far appear to be close to gathering the number of minimum signatures. Two measures seek to legalize recreational use of the drug, while another would make all marijuana use in Montana illegal.

To qualify for the ballot, not only must advocates gather the required number of signatures but must gather a minimum number from at least 34 house districts.

The last time a marijuana ballot measure faced voters was in 2004, when legalizing medical marijuana passed with 62 percent of the vote.

The Legislature sought to repeal the initiative in 2011 but the bill was vetoed by then-Gov. Brian Schweitzer. Lawmakers took another tack by imposing strict limitations on medical marijuana when it passed Senate Bill 423, which went into law without Schweitzer's signature.

Medical cannabis supporters sued, but were stymied by the state's highest bench.

Kate Mazurek, a 33-year-old mother of two, was diagnosed with an aggressive form of breast cancer in February and spoke Tuesday in support of the measure.

"My hope is that people see this initiative to help somebody like me," said Mazurek, a Bozeman attorney. She said she often has to choose between pain and nausea, and hopes that medicinal marijuana will ease both. 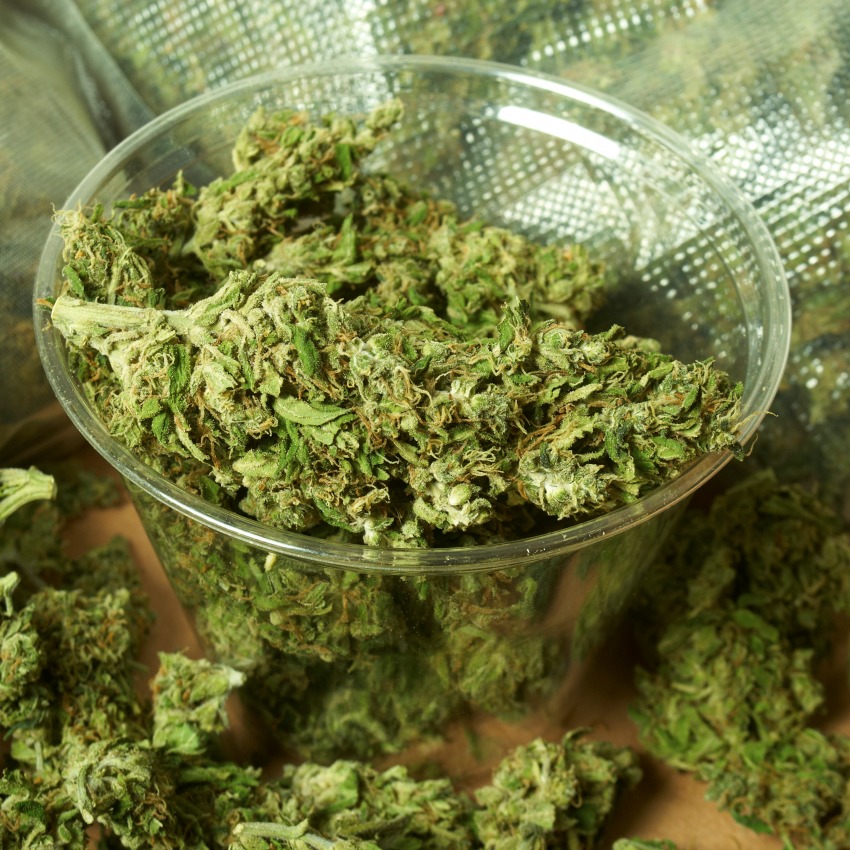