I am brand new to growing cannabis but not to gardening. I grow tomatoes and peppers each year in a small raised garden. This year I decided to give it a go and see if I could grow a couple cannabis plants. I have a couple friends my age (61+) who have been smoking since we were teenagers. One of them I knew grew some plants each year and hit him up for some seeds. He sent me 4 seeds in a tiny zip-loc baggie. A short note said they were automatic plants and the strains were either Early Miss or Trainwreck.

My wife purchased for me a 2' x 2' x 48" tall grow tent and an LED light fixture to go with it. I started the seeds in 3 gallon pots after soaking them for 14 hours in water. All four broke the surface within three days of one another. One did not look right from the start and it passed away on day 11. The other three just sat there with 2 round leaves and 2 permanent leaves for nearly two weeks. FINALLY they started to grow. The bad part was in doing my research I read where the light is supposed to be as close to the plant as possible without burning the leaves. So that's how I had my tent set up. I failed to realize that this is for when a plant is flowering. So although my three plants were growing, they were growing wider but not getting taller. My first four nodes combined were no higher then an inch.

Anyway, with the help of the kind members of 420 Magazine I discovered the errs of my ways and raised the light up to 24". After having the light up their butts literally for almost 3 weeks the plants took off. Within 10 days two of my three autos began flowering and growing like crazy. The other one was growing but not quite at the same rate. It was however a really pretty plant and very healthy. About the second week of flowering the wife told me the plants were moving outside (the smell) and she asked me if I wanted to do it or if I wanted her to do it. So, the two flowering plants moved outside into my veggie garden and settled right in.

The third plant then looked around, saw all the extra room, and decided it would take up the space. It started to grow wider and wider filling 3/4 of the tent. I got excited when I thought it was starting to flower too. I sent a couple pictures to a member on here who advised me that my automatic plant was indeed a photoperiod plant. I asked my friend from whom I got the seeds and he said if it wasn't an automatic it was a white widow photo fem plant. So I then broke out my cloning stuff and cut three clones to see if I could get them to grow.

The white widow was moved outside 10 days ago. I slowly acclimated her to the sun and now she loves it. It's not huge but sure is (to me anyway) a very good looking plant. 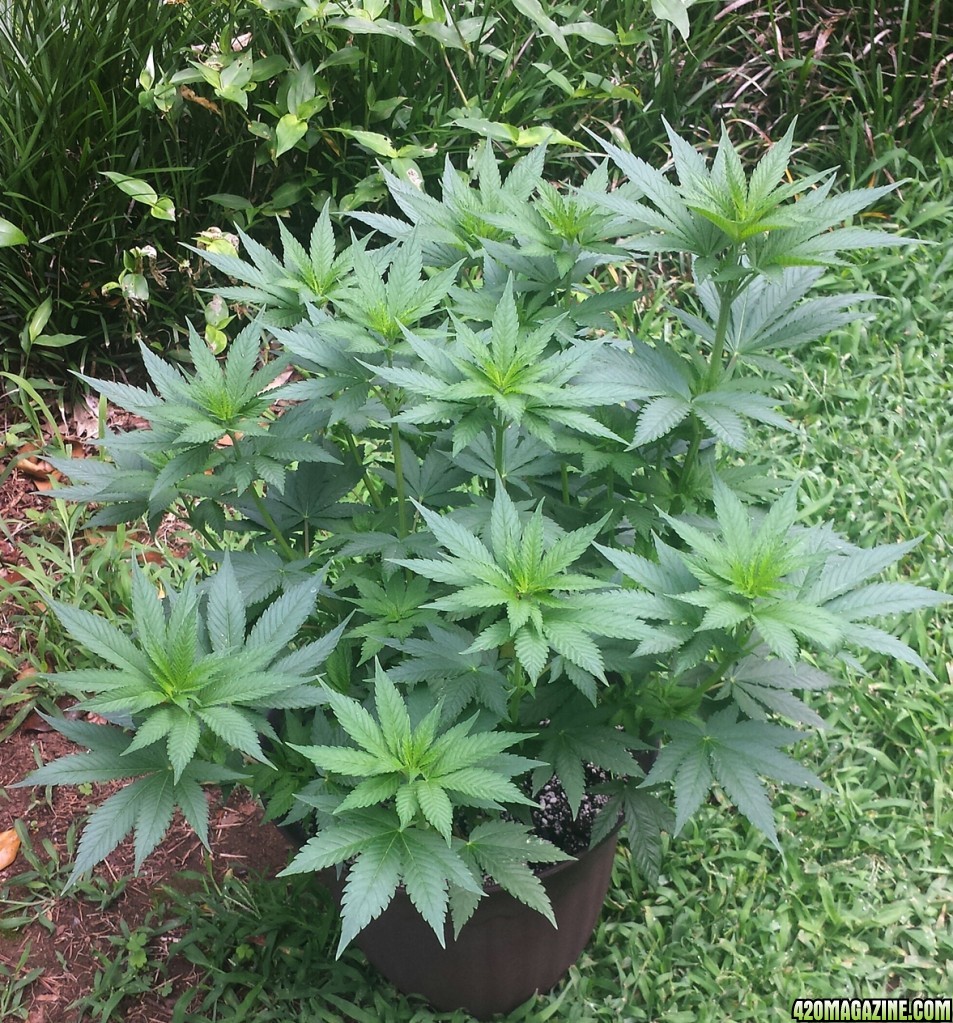 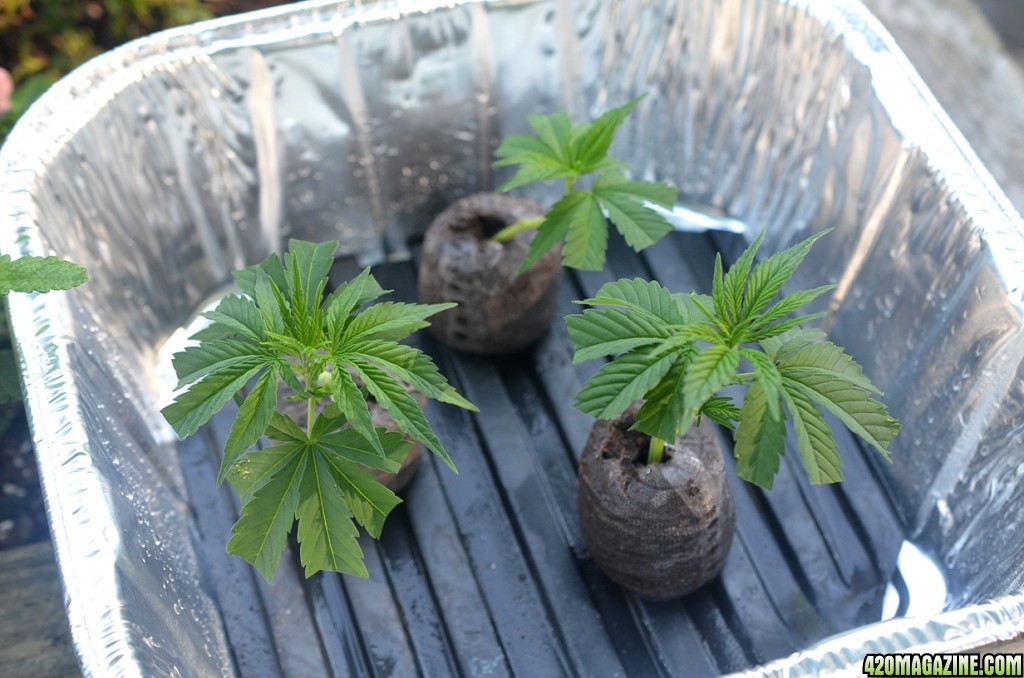 Well, I think it's a pretty plant. The three clones are no longer having their hats watered, and no more spraying the inside of the dome. It's day 7 and from this point on all I will be doing is spraying the peat pellets and keeping them under the dome. The dome venting will be cracked to allow in fresh air. I am sure hoping to see a root here in the next several days.
C