As CBS reports, citing witness accounts: "These mystery men are clothed in combat camouflage, outfitted for what appears to be battle — armed with the likes of knives, machetes and saws." Who are they and what are they doing? Shockingly enough, they're on an environmental cleanup mission. According to CBS and Time, they're privately contracted law-enforcement agents with Logistical Environmental Asset Remediation, or Lear Asset Management, who simply drop onto people's properties without a warrant and start chopping down marijuana plants that are being legally grown in California for medicinal reasons. One permitted marijuana grower, Susan Schindler of Mendocino County, who was subjected to the surprise air assault recounted her experience to CBS. "They took hand saws and just cut the trunks," she said. "There was no paperwork, no copies of any warrants, they didn't leave any inventory of what they took."

Lear Asset Management chief Paul Trouette denied his company had anything to do with the raid on Schindler's property. Mendocino County Sheriff Tom Allman said the same to CBS. Allman admitted his deputies conducted raids on properties near Schindler's home the same day she was targeted, but he insisted his agents always display their badges and openly identify themselves.

Schindler isn't the only pot grower, however, who's complained of an unwarranted, unjustified raid. Several other residents of Laytonville, California — where between 50 percent and 90 percent of the 1,227 residents are reportedly tied to the cannabis industry — told local law enforcement that they'd either seen or heard about men in military-type gear rappelling onto privately owned properties from unmarked helicopters and tearing down the medicinally grown pot gardens, Time reported.

Once again, they fingered the private security firm, Lear Asset Management, as the culprit. And once again, Trouette denied any involvement, saying his 15 or so agents don't do "any kind of vigilante, blacks ops, Blackwater stuff," the magazine reported. He also clarified that his group is privately contracted, meaning, the agents who work for him don't need warrants to do their jobs.

Trouette, Fish and Game commissioner for the county, is a leading advocate of the preservation of blacktail deer. His firm specializes in environmental investigations and reclamations, and hazardous materials cleanups for privately contracted individuals.At the same time, the county is a big draw for illegal marijuana growers, and Lear Asset Management's path often crosses with that of law enforcement.

In 2011, for example, local, state and federal anti-drug agents participated in Operation Full Court Press, a three-week mission that rooted out a reported 632,000 illegally grown marijuana plants in the area of Mendocino National Forest with an estimated street value of $1 billion. Trouette's firm is called to the scene of such forestry crimes to help mitigate the pollution and environmental hazards caused by the illegal growers. But he responds, he said, only when contracted by local property owners or local timber companies.

Undercutting all this is the fact that Mendocino County allows residents to grow up to 25 pot plants per parcel, far more than neighboring jurisdictions. It's yet another addendum law enforcement must remember in what's proving a massive disparity among federal, state and local marijuana laws. In other words, confusion sometimes reigns among the various responding police forces about which marijuana grows are legal and which are not.

Still, Lear insists it's not dropping in on legal pot growers and wrecking their legal businesses. And yet the rumor persists. Part of the problem could be Lear environmental agents could be mistaken for military troops. As Time reported: "The company employs about 15 people, who are mostly former military: ex-U.S. Special Forces, Army Rangers and other combat veterans. They fly out on rented helicopters, wearing camouflage fatigues, body armor and keffiyehs hanging around their necks. ... They carry AR-15 rifles, lest they meet armed watchmen bent on defending their plots." All that for forest reclamation. The Mendocino Beacon said some of Lear's agents have served in a military capacity in Baghdad and Tora Bora and are trained in interrogation. In addition, Lear missions are sometimes funded by grant dollars from the taxpayer, as reported by Time, and the Blackwater comparison is hard to dismiss.

The media have been focused on the militarization of police of late, mostly in the wake of the police shooting in Ferguson, Missouri, of 18-year-old Michael Brown that led to widespread community protests and local law enforcement's deployment of an armored vehicle. Media reports also have raised issues, albeit quietly, about some school districts snapping up military gear, including an armored vehicle and weaponry, from the Pentagon's 1033 program, all in the name of student safety. But Lear's background, mission and modus operandi — in full battle dress, armed with military weaponry — poses another puzzler: Is the environmental movement the next to go militarized? 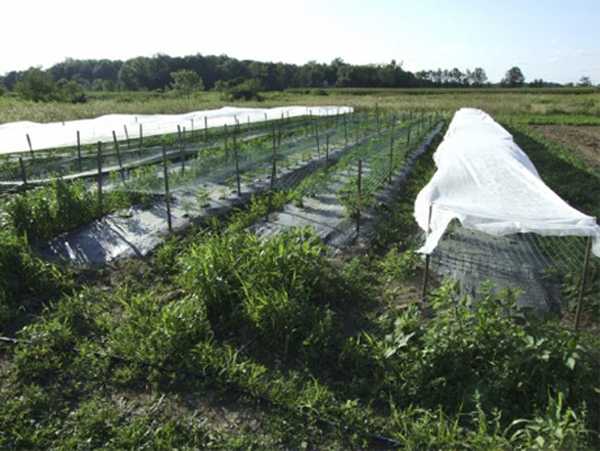 This is serious...what the hell are privately contracted law-enforcement agents anyway. No identification, no paperwork, no warrants. Let's just call them what they are...These people are terrorists. I put my life on the Line for the American way and this sure as hell isn't it! They should be treated just like any other masked criminals then maybe this crap will stop. This is American people!
L

I 100% agree. Lets be real here and call a spade a spade. This is out of control and needs to stop but I have a feeling that it wont because I think the real police acually are ok with what these masked men are doing. They do raids all the time they prob feel like its making their job easier when in reality it is very dangerous. what if an owner tried to physically remove a masked man because they were ruining the way they provide for their family and patients do you think these guys are going to apologize and climb back up their rope onto their helicopter? I seriously doubt it they are most likley trained not to take crap from anyone during a "mission" and are going to seriously injur somebody. Is that what its going to take for the police to get involved? it makes me sick and just needs to stop!
Come check out my first journal which is my first indoor grow.https://www.420magazine.com/forums/journals-progress/226411-listen2marleys-first-indoor-grow-150w-hps-cfl-s-all-autos-all-time.html

Well put listen2Marley.
The police have a responsibility to investigate.

Have police looked at the helicopter log books? Or investigated what they were doing close by?

That said, this story of black helicopters is very close to stories of alien abduction. It doesn't sound quite right.
Radogast

surveillance cameras for a start would be good so that can't say no one got hert and then push them to see how far thay will go.no warrant no badge or documentation. Where I live you would get rock salt in your ass and that's just a warning. Second shot is double ought buck shot. Farmers here have no problem with this. That will say who goes there and if u don't provide papers or a warrant and badge well sorry about your luck.and its all on camera.

concretetrees said:
surveillance cameras for a start would be good so that can't say no one got hert and then push them to see how far thay will go.no warrant no badge or documentation. Where I live you would get rock salt in your ass and that's just a warning. Second shot is double ought buck shot. Farmers here have no problem with this. That will say who goes there and if u don't provide papers or a warrant and badge well sorry about your luck.and its all on camera.
Click to expand...

A person who thinks rock salt and shotguns is effective against ex special forces and AR-15 is not likely to live long.
Video is a good idea !
Radogast

Your right but these farmers around here find some one in there corn fields will shoot first and ask questions later. I speak from experience. A fue years ago one of them shot up a cop car coming down there driveway. He used an AR15. The guy is doing hard time now though.the police aren't the only ones around here with fire power. Some people just don't care I guess. I would just go with the video too.

Police Mustn't Profit From The Citizens