Advocates of marijuana legalization aren't waiting for the autumn leaves to dry.

With 54 days left until this November's election, a group pushing to eliminate Nebraska's penalties for those caught with small amounts of pot has already begun gathering signatures to put the issue before voters in 2018.

"We're in Lincoln three times a week," said Mark Elworth Jr., a perennial candidate for elected office from Omaha who drew up the petition language and is leading the campaign.

His petition would allow voters to eliminate penalties for people caught with an ounce or less of marijuana, while keeping stricter laws in place for dealers or those who possess greater quantities of the drug.

Nebraska technically decriminalized first-time pot possession in the 1970s, but anyone caught with an ounce or less is still subject to a fine. Lawmakers boosted the fine from $100 to $300 in 2008, and stricter, criminal penalties apply for second and subsequent offenses - including possible jail time.

Elworth said the most significant consequence for people who are caught with pot, particularly teenagers, is the permanent record it creates.

"We're trying to protect people," he said. "Those minor in possession tickets ... they can ruin people's lives."

Nebraska Attorney General Doug Peterson opposes the initiative, and said legalizing less than an ounce of marijuana would send the "wrong message" that the drug is harmless.

"The commercial marijuana industry has significantly increased the potency of marijuana in the last five years," Peterson said.

Young people, particularly those predisposed to mental illness, are at greatest risk for experiencing long-term consequences from regular pot use, he said.

Elworth, 40, says he has been smoking marijuana since age 13. He calls his petition an "emergency" effort to put the issue before voters and possibly force state lawmakers to establish a formal medical or recreational marijuana program in Nebraska.

"The lawmakers are really out of touch with what's going on in our society," Elworth said.

Four states and the District of Columbia have legalized recreational marijuana use in recent years, although pot remains prohibited under federal law. Voters in five more states - California, Arizona, Nevada, Maine and Massachusetts - will weigh in this November.

Those states are already among the 25 that have legalized marijuana for medical purposes.

Nebraska hasn't had a concerted effort to allow recreational pot, but a bill to create a medical marijuana system here stalled in the Legislature in April. Supporters briefly considered petitioning to put the issue on this year's general election ballot, but decided they didn't have enough time.

By starting his own petition early, Elworth hopes to avoid getting burned.

"You get two years," he said. "More time to get more signatures."

People who sign the petitions must be registered to vote in Nebraska, and petition signers' identities also become public record.

Supporters of the marijuana decriminalization petition hope to collect 15,000 to 20,000 signatures by year's end, then mount a more significant volunteer effort next year, with the possibility of hiring paid canvassers in 2018 if they get financial backing.

"We're trying to show them that we're serious," Elworth said.

He also backs petitions for the state to recognize three political parties - Legal Marijuana Now, Veterans Party for Nebraska and the Green Party - and allow those parties to nominate candidates beginning in the 2018 election.

Elworth ran for governor as a Libertarian in 2014, and this year came in fourth place in a four-man primary to represent north Omaha's District 13 in the state Legislature.

"To me, it's all about getting ballot access," he said. "The choices are so bad out there in Nebraska." 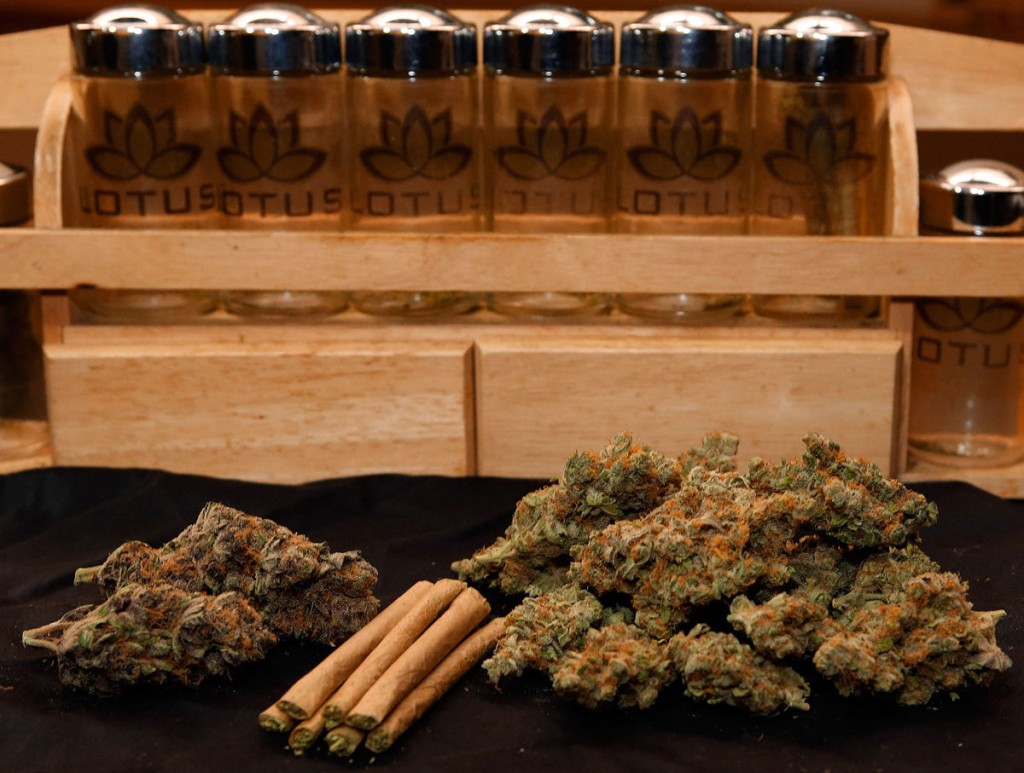