Authorities have arrested an Oregon man found with pot and a cannabis extract called shatter in a van after an Interstate 80 traffic stop in Lincoln.

Court records say Richard Wilkinson, of Damascus, Oregon, is charged with possession with intent to deliver. A man driving another vehicle, traveling with Wilkinson on Wednesday, also was charged. He’s been identified as John Carlson, of Cranston, Rhode Island. Court records don’t list attorneys for either man.

Deputies say they found in the van 110 pounds (50 kilograms) of marijuana, 3,500 marijuana seeds, vials of hash oil and 25 pounds (11.3 kilograms) of shatter, which is a concentrated form of the psychoactive ingredient in marijuana.

Deputies think the men were driving to a state where medical marijuana is legal. 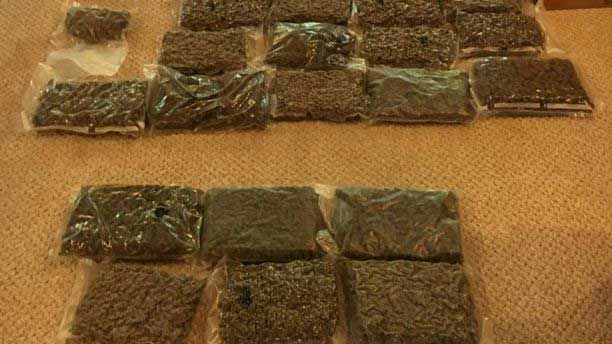 Oregon Marijuana Processor Has His License Suspended By OLCC

3 Arrested In Lincoln On Marijuana Charges