Need advice on my babies 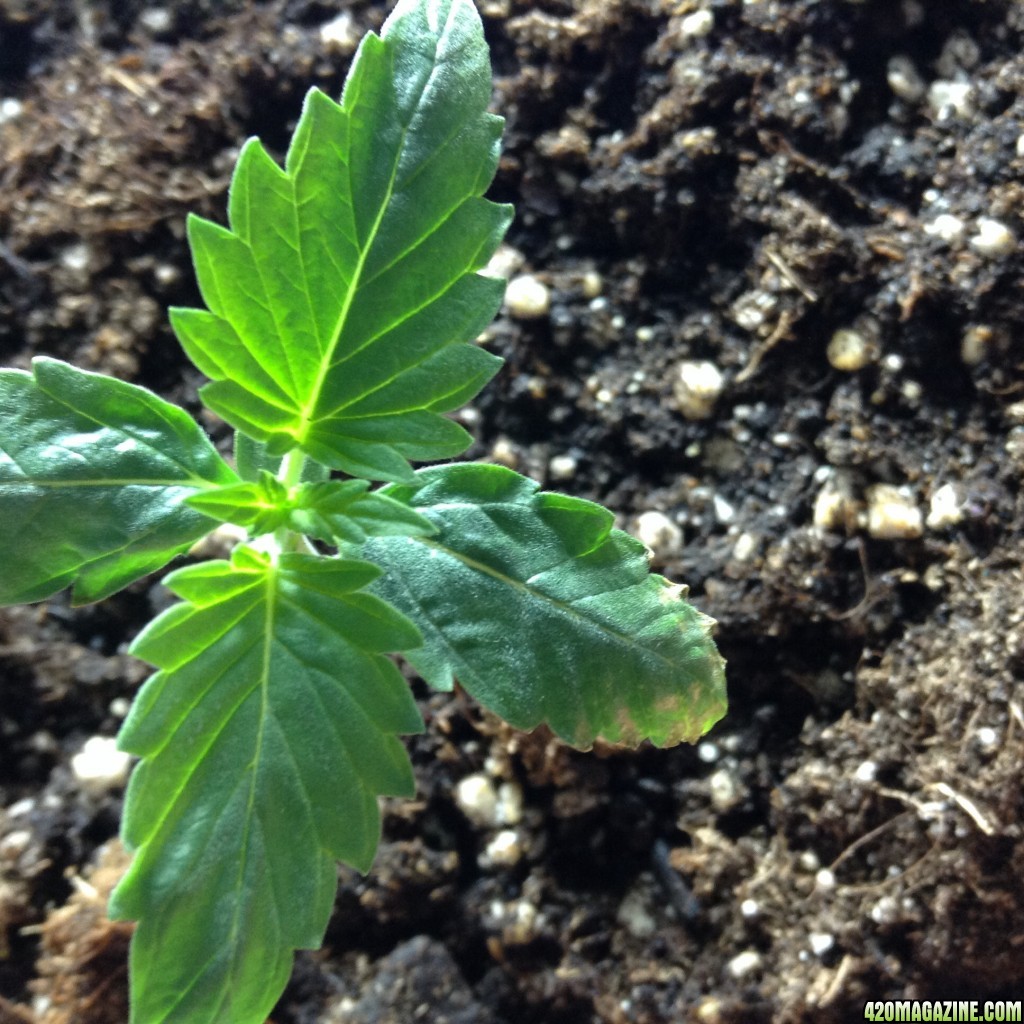 Firstime,
To find your subscribed threads click on the "User CP" tab at the top of the page and then click "settings". This will show where you have posted or any threads you are subscribed to.

Also, this is being moved to the Frequently Asked Questions thread to give you the proper area for questions and answers by members.

When things go wrong, don't go with them. ~Elvis
C

Here is a leaf deficiency chart for you to look over. 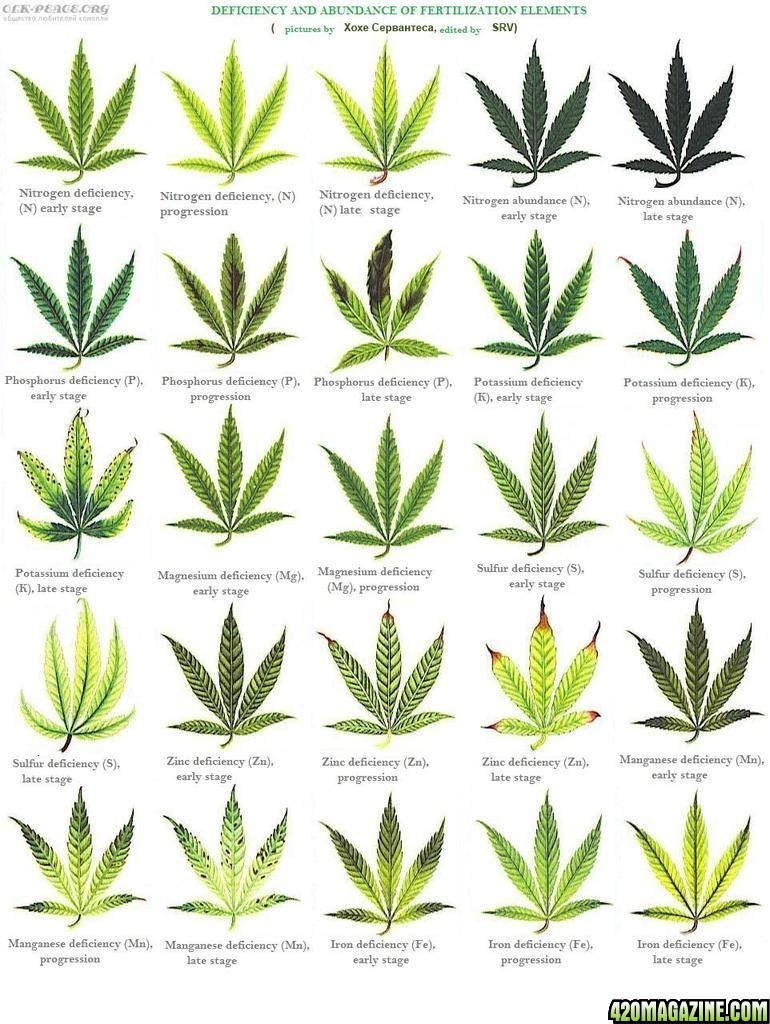 Looks like you got nuts on the leaf, which burned it. Or the leaf was touching the soil while wet with nuts on it for a while. If the nute solution is high, it can burn the leaves by being on them.

LEDRF said:
Looks like you got nuts on the leaf, which burned it. Or the leaf was touching the soil while wet with nuts on it for a while. If the nute solution is high, it can burn the leaves by being on them.

Lift the lower leaves when you water.
Click to expand...


Thanks but I have a major problem with all my plants .. Most leaves have gone bright yellow , maybe it's nitrogen ?? I think the ph was reli high for about 2-3 weeks ( could this be the problem ) it think it was reading 7-8.5 it's hard to tell on these tester charts .. (Ordered a digital one today ) . 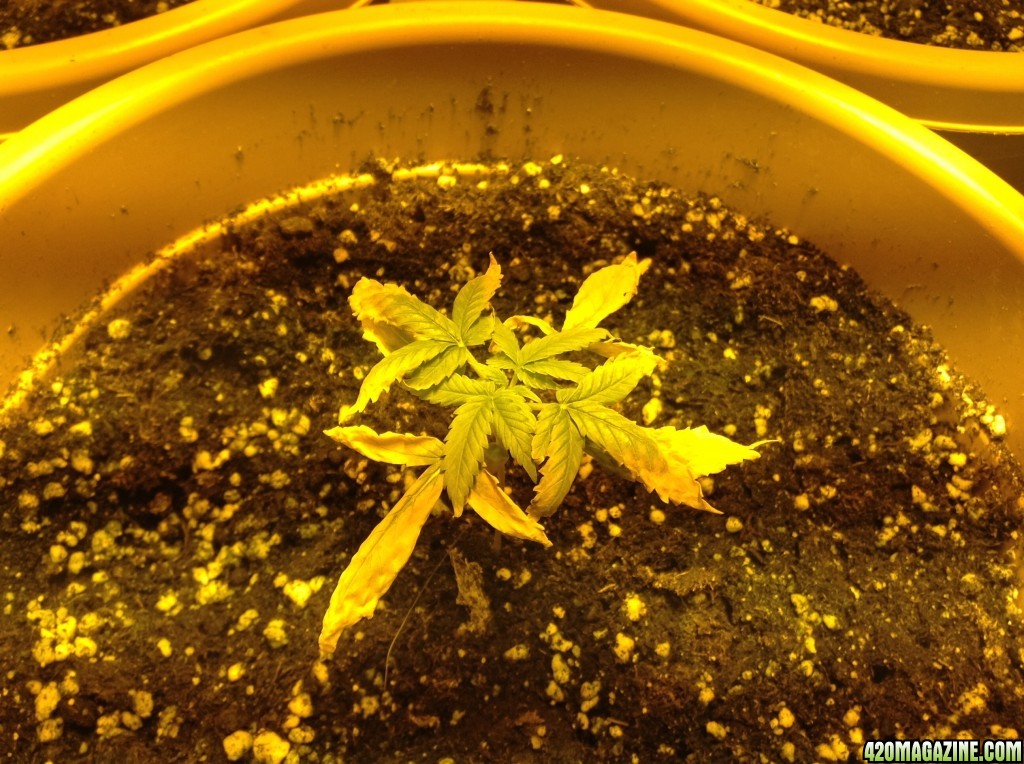 . All 6 are like this so worse some ok but they have all got the same problem .. I PH the water today and flushed one of the plant to test it out and the centre of the leaves started changing back colour ..


I'm reli confused and frustrated . ( I thought autoflower were easy

) ..
When I have finished germinating these seeds I'm going to do a reli detailed journey and go step by step with YOU guys !!

I think autoflowers have a harder learning curve because you can't make any mistakes. Any mistake slows growth, which in turn diminishes yield.

Look at this new pic, I'd say it is nute burn. Autos need less nutes, especially, in the beginning.

Personally, I wouldn't even try to save her and just start over as that much stress so early is going to result, most likely, in a tiny plants that produces so little it is not worth your time.

If you wish to save her, though, then first run enough water through her, at 6.5 and then use a shot glass under the pot to catch run off water. Test that water's PH. If it is much lower than the 6.5 you put in, then flood her with tap water or spring water. Don't PH it this time.

If it comes out higher than 6.5, then flood it with 6.5. No nutes yet. Just flood with water. Keep flooding until the runoff has the same PH as the water you put in. After that, feed with 1 teaspoon of Epsom salts per gallon of water. Give her four days to recover then feed with 200-300ppm of food.

Then the next time you feed, feed with just water, or water and liquid seaweed. Then next time feed with 400-500 ppm if she looks to be recovering well.
How Perfect Sun Goliath and COB beat 1000w HPS--420 sponsor

I've just read everything . Thanks for the help

I'm going to start a few more hopefully tomorrow . I was thinking of just getting rid of them all they don't reli look like saving and tbh I'm a neewbie lol . I was using 50% recommend less on the nutes and they were just over two weeks old ( biobizz grow ) 1ml pr litre .

When the new ones are in il just keep adding the right phd water for a couple off weeks and go from there . Il put them on continuous 400w aswell .

how far should away ahould the light be if there a seedling ??

C
Need help on my plant!