Need some help: CFL, upgrade to CMH, MH or LED?

I'm in the middle of my first grow. I'm growing in a DIY box with CFL bulbs, because I read that those ran the coolest. My box only measures 48"H x 37"W x 22"D, and is lined with mylar on all 3 sides plus the 2 doors, so it's just under 23 cubic feet. I had been under the impression that a 100CFM fan would be sufficient to scrub the air and replace the air, but with the 100CFM fan, I was seeing temperatures climb up to over 100F in no time. I have 2 12" computer fans circulating air over the plants, and a 16" fan blowing air past the reflector as well. 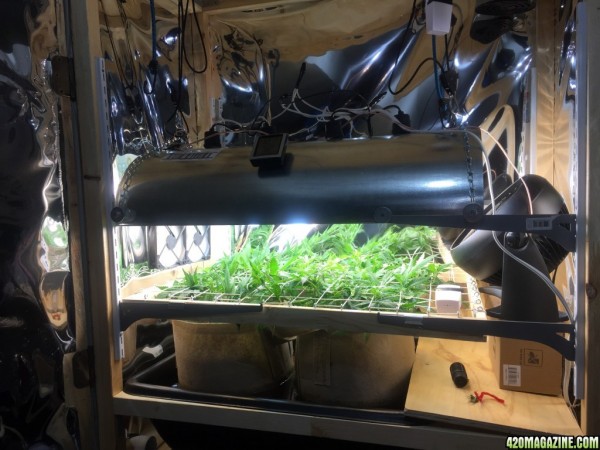 I switched out the 100CFM fan with a 260CFM fan and added a 2" passive air intake to alleviate the negative pressure, but I'm still unable to get the temperatures down to below 85F during lights on phase. My ambient room temperature is in the low 70's. I had thought that CFL's would run cool, but I'm really having a heat issue here; I am running 8 x 42W CFL bulbs (150W equivalents) under the reflector which is drawing an actual 336W, or supposedly 1200W equivalents. The bulbs supposedly are generating around 22,000 lumens.
I used a free Lux meter on my phone and was measuring > 100,000Lux at the canopy level, but I take that reading with a grain of salt. I guess that is a real 336W and it's understandable that it's generating heat, but that had me thinking, if I'm going to draw that much actual wattage, maybe I should consider upgrading to an actual draw of 300W LED or HPS, or even less.

I could drop down to a 150W or 210W HPS or pick up something like Mars Hydro 600 and that would meet the needs of the grow area, but then height becomes an issue; I only have 38" above my flood table ( I could drop it down 4" or so) which doesn't leave a lot of room for lights and plants, but I've been really keen on growing by scrog so i can control my vertical heights to some extent.

Which brings me, finally, to my question.

Given that heat is an issue, should I even consider something like HPS, MH or CMH? I can vent to the outside, and placing the ballast outside of the box should help some. I am pretty sure I can get by with a 150W or 210W bulb, but do I have the height for it? Will that generate more heat problems than my 336W of CFL's?

I am also considering LED lights. Something like the Mars-600 or the Mars Reflector-96 would cover my grow area, but I've been reading that the LED lights generate more heat than expected. Will they be any better than my CFL's for heat? Could the be worse? Both will vent their heat into the cabinet and depending on how much heat that is, it may not solve any of my problems.

I think I'm resigned to finishing my grow, but since I still have 7-8 weeks of flowering time left, I do have plenty of time to switch to a new lighting setup. My next grow won't get to start until September, so I have lots of time to do some research still, too.

Any suggestions would be greatly appreciated; this is my first grow, and I'm still learning, but that doesn't mean I don't want to squeeze as much good yield out of it as I can. Electricity is not an issue here. I pay .11/kWh. Cheap cheap! 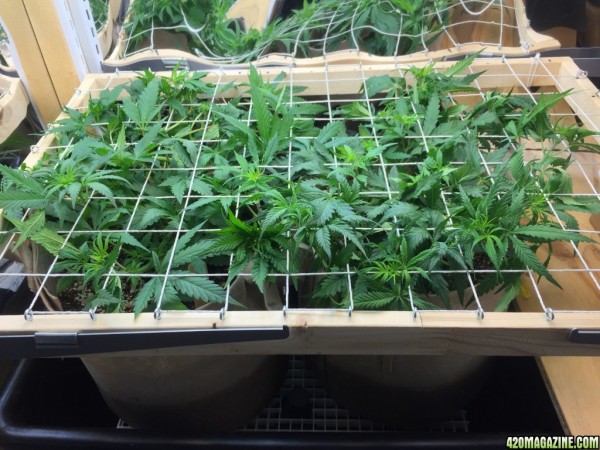