Officers have released a photo of a marijuana factory in the city of Haarlem that was found due to an unusual lack of the white stuff.

While the surrounding rooftops were covered in a light dusting of snow, this particular roof was completely snow-free.

Last week police raided a house in the city of Zutphen, where they discovered a bedroom containing 88 marijuana plants, according to the Washington Post.

Two days later, they arrested a person in Arnhem after finding a similarly-sized plantation, proof that their appeals to residents to report suspiciously snow-free rooftops are bearing fruit.

Police helicopters in the UK have used a similar heat-detection method for years. 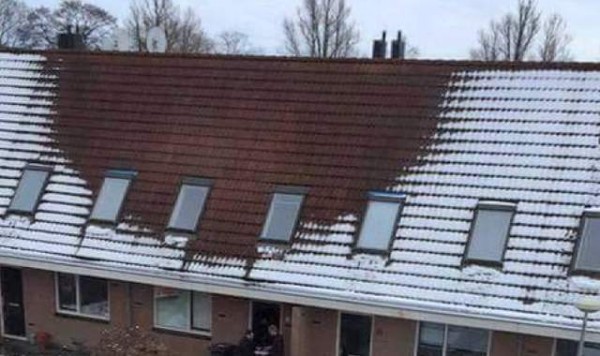