Recreational marijuana dispensaries have been open in Nevada for more than two months, but businesses like pot lounges could now start popping up across the state.

During this past legislative session, Senator Tick Segerblom proposed a bill that would allow local governments to grant licenses for businesses to offer marijuana consumption on-site.

In an interview with News 4-Fox 11 back in March, Segerblom said, "that's what we do. We sell sex. We sell drugs. We sell gambling."

The issue of where it is (and is not) legal to use marijuana has become even more pertinent now that recreational dispensaries are opening across Nevada. Segerblom said, "if we're going to attract people to Nevada to use marijuana, which I think we are, then we need to find a place to use it."

Of course, many tourists stay in hotels when they visit the Silver State, but because marijuana is still illegal under federal law, the drug is not allowed in any building where gambling takes place.

"They do not allow any type of cannabis consumption on site so that puts a lot of people in a tough spot," Silver State Relief Inventory Director Ryan Woolrich said, "especially when they come here for the casinos and for those things. It really does put them between a rock and a hard place."

An opinion released by the Legislative Counsel Bureau on Sunday could give tourists a safe place to use pot. It gives local governments the power to grant business licenses for on-site marijuana consumption.

Woolrich said he's heard of similar businesses in other states where recreational pot is already legal. "I hear there's some 'bud & breakfasts' and things like that; a lot of bars trying to, you know, have cannabis available for purchase as well."

He said, "I can definitely see the industry just exploding with this."​
While people in the industry are excited about possible pot lounges, Governor Brian Sandoval is not.

He said, "using recreational marijuana is still illegal under federal law and this may invite a lot more federal scrutiny if we have these so-called pot lounges."

Sandoval said he doesn't agree with the Legislative Counsel Bureau's opinion and he has concerns about the proposed businesses. "You won't have any consistency, so you will have different rules and regulations depending on whether you're in Las Vegas or if you're in Reno or if you're up at Lake Tahoe or what have you. That's an issue."


I do not agree with the LCB opinion and believe that statutory authority is necessary to establish local marijuana smoking shops. I am concerned with these establishments popping up piecemeal throughout the state with differing rules and regulatory structure. I also question why legislation was proposed during the 2017 legislative session if legal authority already existed.

Since passage of the initiative, I have called for Nevada’s regulatory structure to be responsible, restricted, and respected. Our marijuana establishment licensing structure was built with the Cole Memo – the guidance provided by the Justice Department to state’s regarding regulation of marijuana – at the forefront in order to prevent diversion to minors, to control illegal drug activity and to ensure that marijuana does not cross state lines.

My concern with different localities creating different regulatory structures and being limited to their general business licensing authority is that we would jeopardize the strict regulatory structure that is required by the Cole Memo and could invite enforcement by the federal government. The Department of Taxation has requested guidance from the Attorney General’s Office on this issue.
​
Meanwhile, the cities of Reno and Sparks are trying to figure out how to proceed with the newly released opinion.

Reno officials said their staff is looking over the opinion, "however, the Reno City Council has not yet given direction in relation to the opinion."

Sparks representatives said they haven't received any official documentation, and if they do, they will have their legal team look into the matter.

The director of the Nevada Department of Taxation has asked the Attorney General's office to review the Legislative Counsel Bureau's letter and give an official opinion on the legality of it.

Currently, the only place to legally use marijuana in Nevada is inside a private residence. 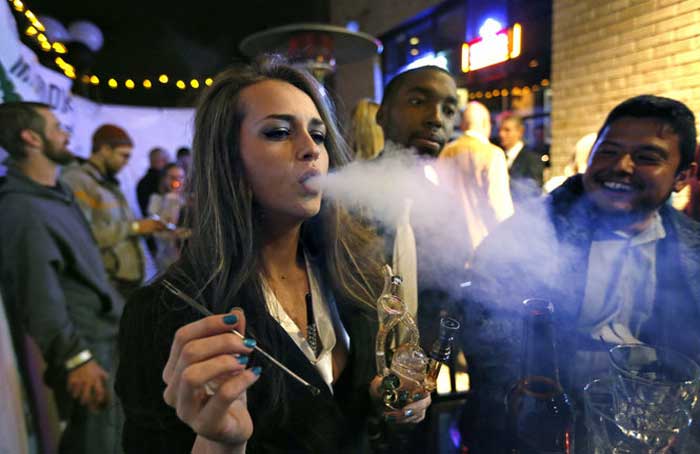