The industry brought in more than $5.8 million in October, which includes a 15-percent wholesale tax for both medical and recreational pot, and a 10-percent excise tax on recreational weed sales, the Nevada Department of Taxation said. That's up from about $4.7 million in September, $4.8 million in August and $3.6 million in July for a total of $19.1 million.

October's figures for both the 15-percent wholesale tax – which charges Nevada cultivation and production facilities for transporting the plant to local dispensaries –was nearly $3.8 million, while the 10-percent excise tax was just over $2 million. Each category represented all-time highs.

Gov. Brian Sandoval's office projected an average of $5 million per month would be raised from the two tax sources from July 2017 to July 2019, resulting in a total of $120 million over that 24-month span. The projections estimated the first six months of recreational pot sales would bring significantly less than that average, though, counting on the final six months in 2019 to be the largest revenue raising. 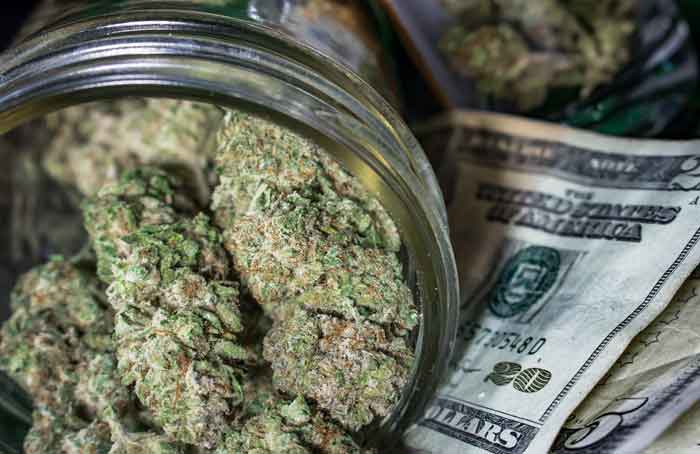