The state received 60 medical marijuana establishment applications by mail since the Monday deadline, pushing the number of applications received to 497. The applications had to be postmarked before Monday's 5 p.m. deadline. The state began accepting the applications and accompanying $5,000 application fees Aug. 5, generating nearly $2.5 million in revenue. Nearly 68 percent of the applications came from Clark County, said Chad Westom, director of the Nevada Division of Public and Behavioral Health, on Thursday.

Forty percent of the statewide applications have been for dispensaries, 34 percent for cultivation facilities, 23 percent for production facilities and 4 percent for testing laboratories. The latest number is in line with the 500 applications the state had expected to receive. The Legislature in 2013 approved Assembly Bill 374 authorizing 66 dispensaries to operate in Nevada, 40 of them in Clark County and 10 in Washoe County, and 16 in the rural areas. The state didn't set numbers for cultivation, labs or manufacturing sites. The first dispensaries are likely to open in early 2015. 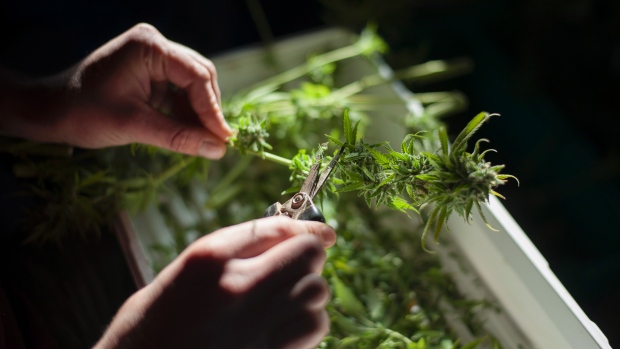