Nevada dispensaries sold more than $33 million in recreational marijuana and the state pulled in nearly $5 million in total taxes in August, according to numbers released by the Nevada Department of Taxation Monday.

That's up from the $27 million in sales and $3.7 million in taxes in July, the state's first month of recreational weed sales.

Andrew Jolley, CEO of The+Source dispensaries and president of the Nevada Dispensary Association, said those projections will likely prove to be fairly conservative, and expects the market to continue to grow steadily over the next several months.

"I think it is a good indication that there was a large, pent-up demand that was being served by the black market," Jolley said.

-$3.35 million generated by the 10 percent sales tax on recreational marijuana (up from $2.71 million in July)

State Sen. Tick Segerblom, D-Las Vegas, also known as the godfather of pot in Nevada, said he was initially a little worried that the novelty of legal marijuana could lead to a drop off in the second month of sales.

But after talking to the industry, he said it was clear that wasn't going to be the case for August.

And Segerblom said he doesn't think the sales and tax numbers will level off for at least two years, and pointed to the recent opening of five dispensaries in Henderson.

Segerblom also heaped the praise onto the industry as well as the state regulators for ensuring the market got off to a smooth start.

"Everyone's just been really been working perfectly together," he said. 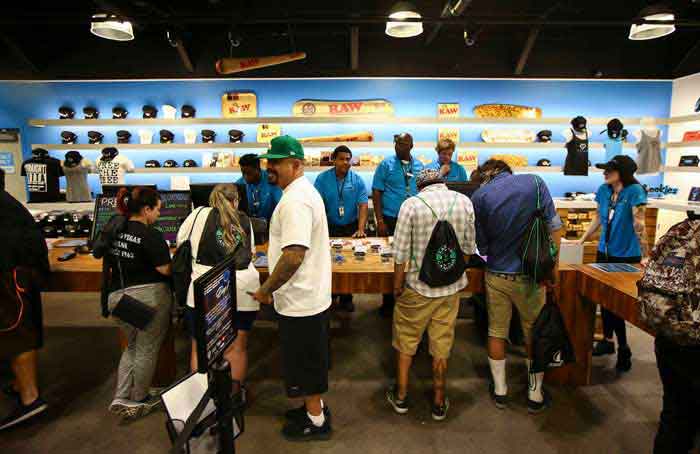