Want your morning coffee to come with a little extra buzz? Brewbudz just might do the trick. A company called Cannabiniers on Wednesday launched the Brewbudz, which is "the world's first cannabis infused coffee, tea and cocoa pods."

The pods are compatible with all Keurig and Keurig 2.0 brewers, making your morning wake and bake as simple as pushing a button.

Brewbudz are available in different dosing strengths from 10 mg to 50 mg of THC, the compound in marijuana that gets you high, in both sativa (the strain of cannabis that picks you up) or indica (the strain that mellows you out). The company's patented extraction process "allows the consumer to benefit from the complete profile of the cannabis flower, in a healthy and discreet manner," according to a news release. The coffee is responsibly sourced Arabica and also available in decaf; the tea is black, green and herbal; and the cocoa is dark chocolate.

Because the cannabis comes from the plant's flower, the company says it won't introduce any oils that could clog up your coffee machine. And for those who are worried about waste, the pods are completely compostable. Each one costs $7.

As marijuana has become legalized in more states, its culinary profile is becoming increasingly elevated. Serious chefs are tinkering with the science of getting high, and they're taking the ingredient far beyond pot brownies. They're hosting cannabis cooking classes and finding ways to incorporate extracts of the drug into highly refined meals – think cannabis crab cakes, or sous-vide chicken breast. There are a wide range of cannabis consumers in states where the drug has been legalized for recreational use, and many of them want something more sophisticated than gummy bears.

Cannabis "is becoming a wellness product. We do not want people to believe that you just get munchies, and you're just reaching for junk food. It's part of a healthy lifestyle," Olivia Mannix, chief executive of Cannabrand, a marketing agency for cannabis companies, told The Washington Post in April.

So, it's only natural that Cannabiniers would want to make a coffee that will help you get, er, rolling in the morning. For now, they're available at dispensaries in Nevada, but they'll soon be introduced in Colorado and California. 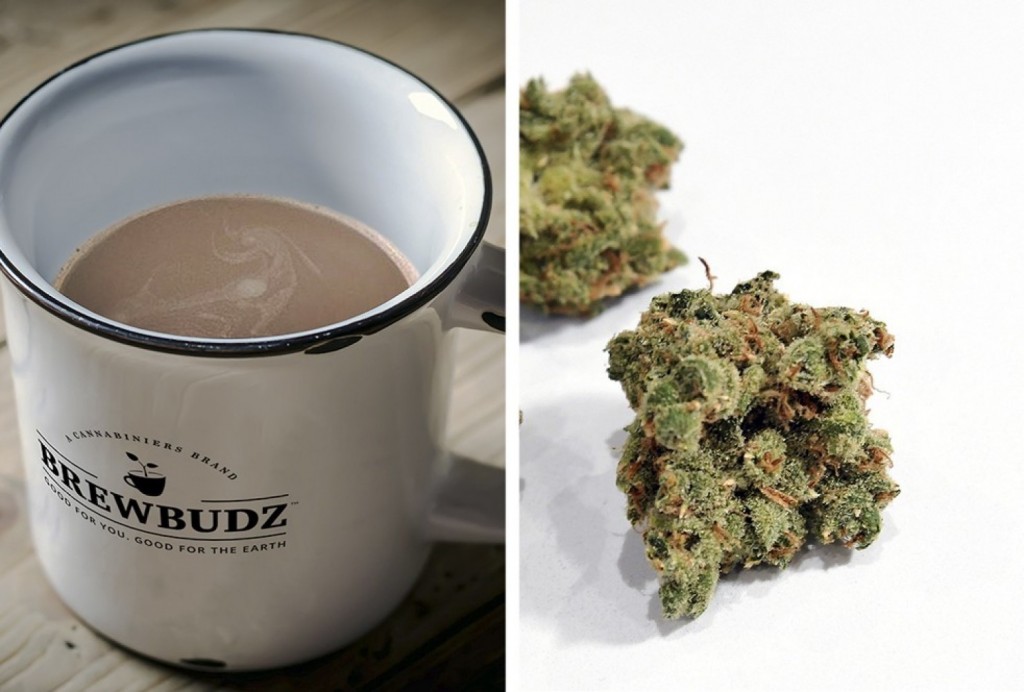 Cannabis Coffee Offers A Buzz With Your Morning Jolt

K
This Company Wants To Super-Chill Your Coffee With Cannabis

These Marijuana K-Cups Will Get You High AF