New Hampshire's House will vote early this year on whether to legalize up to 1 ounce of marijuana for recreational use for anyone age 21 and older. The floor vote on House Bill 492 is scheduled for January 8. Supporters propose taxing marijuana when it is sold at retail at a rate of $30 per ounce and letting people grow up to six marijuana plants in a controlled environment. State Rep. Steve Vaillancourt, a Manchester Republican supporting the bill, says the legislation is modeled after one approved by Colorado voters last year and is similar to one Washington voters passed.

"Nothing in the bill would allow anyone to drive under the influence of marijuana or any other substance. By legalizing, regulating and taxing (marijuana), society would in effect be taking the profit away from illegal operations which truly harm society," he wrote fellow representatives in support of the bill. Vaillancourt said taxing marijuana would produce millions of dollars in tax revenue. He noted that the bill would not be effective until July 1 to provide time to implement it properly. Opponents argue marijuana is bad for people's health and would be difficult to regulate.

Criminal Justice and Public Safety Chairwoman Laura Pantelakos also noted that marijuana remains illegal under federal law. "If New Hampshire were to legalize and regulate marijuana, it would create an unclear picture of the state versus federal law enforcement, particularly since the (Department of Justice) has stated it will rely on states that legalize to strictly enforce and regulate marijuana," Pantelakos said in a report to the House. She said that could shift regulatory costs onto the state.

Lawmakers have considered but rejected decriminalizing small amounts of marijuana for recreational use in the past, most recently last session. But decriminalization supporters were encouraged when the state – with Gov. Maggie Hassan's limited backing – made it legal for the seriously ill to possess and use the drug earlier this year. Implementing the state's medical marijuana law is expected to take a year. If the bill passes the House, it faces a doubtful future. The Senate rejected a bill to decriminalize possession of up to one-quarter ounce of marijuana last year, and Gov. Hassan opposes decriminalization. 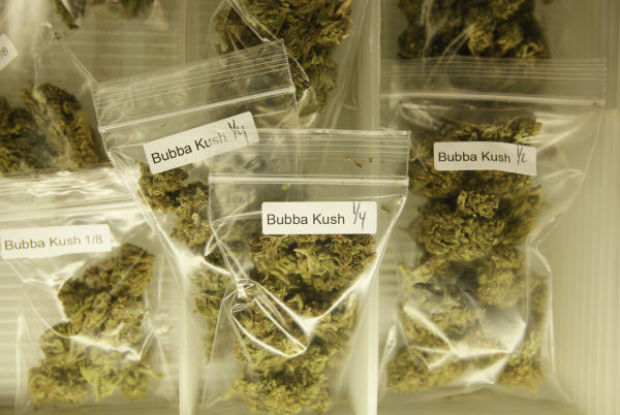