New Laws Could Force Marijuana Dispensaries To Close In Detroit

The store is not owner Kim Gaetano's first foray into the medical marijuana business. The mother of two ran legal marijuana shops in Colorado and Washington before moving to Detroit to be closer to family.

Her shop sells cannabis flowers as well as edible products and has a 24-hour drive-through for patients who find it difficult to get out of their cars, especially in the harsh Michigan winter.

But despite the store's success, Ms Gaetano and her nine employees may soon be out of business.

New legislation in the city of Detroit prevents medical marijuana dispensaries from being within 1,000ft (305m) of schools, churches, off licences, strip clubs or other dispensaries - and 420 Dank is just 371ft away from an off-licence.

Michigan legalised marijuana for medical use in 2008, but it took years for the state to draw up regulations which are enforced differently county to county.

Ms Gaetano has applied for special permission to stay open citing her compliance with other local codes like fire safety and ID inspections and strong ties to the community.

But even if the store is allowed to stay open it will still face new restrictions. Drive-through sales have been banned and stores cannot open until 10am, cutting into the hours when it caters for people finishing night shifts.

Michigan is not the only state to place onerous regulation on the marijuana industry.

In Minnesota, where medical cannabis was made legal in 2015, only non-smokable cannabis can be sold. The rule raises costs for businesses that have to turn plants into vapours and oils.

New York does not allow patients to smoke cannabis either and has been slow to approve new licences for dispensaries, limiting competition within the state.

When Detroit went through bankruptcy it was hard to find businesses to fill empty lots. But according to Detroit councillor James Tate, who wrote the new regulations, that is changing.

"We are not in the same place we were two and half years ago," he says. "Communities want businesses like coffee shops and grocery stores."

But others argue that revival isn't coming fast enough and that pushing out tax paying businesses could prevent the city from spending on roads, police and other services that attract new companies.

"An ordinance [local law] is a living document. If it appears we went too far or not far enough we can adjust it," he says.

But as more states legalise marijuana it has become clear how much revenue can be generated by the industry.

"There is no question that a legal programme can bring in good tax revenue for the state. If they put in a regulation programme that is reasonable and doesn't restrict for the reason of restricting it can attract businesses," says Taylor West, deputy director of the National Cannabis Industry Association.

Ms West explains getting regulation right is especially difficult since most states are starting from scratch.

Many look to Colorado as an example of how to balance the concerns of all sides. Ms West says you would be hard pressed to find one group that says Colorado's regulation is perfect, but all sides collectively agree that they can live with it.

Colorado brought in $72m (Â£50m) in marijuana-related revenue in the 11 months to the end of November 2015. Washington brought in $67.5m in revenue in 2015. Both states have made cannabis fully legal for adults over 21.

Nevada, California, Arizona, Maine and Massachusetts are expected to vote on fully legalising marijuana in November. Michigan could join that list if one of three proposed ballot initiatives can gain enough support.

A bill has also been proposed in Michigan's state senate but even its creator, Congressman Jeff Irwin, does not think it will get very far.

Mr Irwin calls the money spent prosecuting illegal marijuana use a "waste of resources" and argues that further revenue could be gained through smart taxation.

The prospect of raising revenue appeals to most people in Michigan, even if just over half, according to a September poll, support recreational cannabis legalisation. Detroit's bankruptcy is not too long behind them and the ongoing water crisis in Flint will cost the state hundreds of millions of dollars.

"The goal [of legalisation] is to break the black market so we need reasonable regulation and taxation," says Mr Irwin.

One of the biggest struggles for business owners is coping with regulations that vary by state.

These disparities make it difficult for businesses to expand into multiple states. Some states, like Oregon, require cannabis businesses to be majority-owned by local residents and federal law prohibits products from moving across state lines.

But if Michigan succeeds in mimicking regulation from Colorado it may attract businesses that could contract with local growers allowing new shops to start up faster.

The biggest concern for states looking to legalise is the possibility that bad regulation could choke a potentially profitable industry before it gets started. 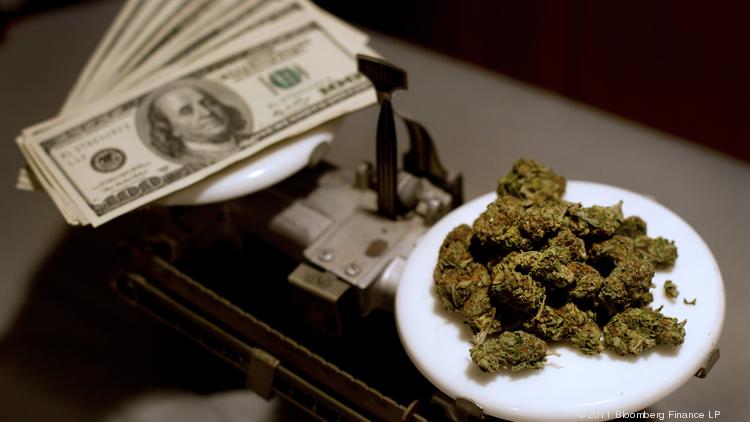