New Marijuana Legalization Petition Gets Green Light From Board of Canvassers

The Board of State Canvassers gave approval Thursday to a new proposed ballot effort to amend the state constitution to fully legalize recreational use of marijuana without taxing the drug.

The proposal from Abrogate Prohibition Michigan of Midland would nullify all laws prohibiting or regulating the use of marijuana and impose no fines, taxes or penalties on its use.

The board voted 4-0 to approve only the form – but not the substance – of the petition, and not before one of the four board members questioned the organizers' intent.

Colleen Pero, a Republican appointee to the board, questioned a provision that would make the change retroactive.

"I don't understand what they're trying to do," Pero said. "I don't see how something can be retroactive of this magnitude."

Nobody from the committee appeared at the meeting to speak about the proposal.

An earlier marijuana legalization proposal, the Coalition to Regulate Marijuana Like Alcohol, has already gathered more than 100,000 of the 252,523 signatures it needs to put the question on the November 2018 ballot, spokesman Josh Hovey told the Free Press in July.

That earlier proposal would initiate state legislation, but not change the state constitution. The new proposal, OK'd on Thursday, would require 315,654 signatures, as a constitutional amendment.

Also, Thursday, the board approved a constitutional amendment petition organizers say is aimed at ending political gerrymandering in Michigan, and a legislative proposal, from a group called MI Time, which would require employers to provide paid sick leave to employees under certain conditions. 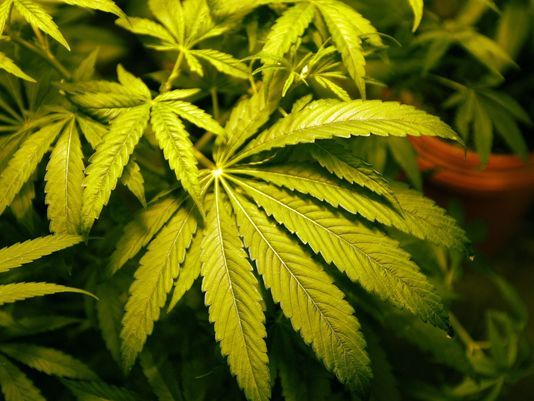 US - Michigan Marijuana petition drive for 2006 under way