From the outside, the building is nondescript, your typical medical office nestled near an acupuncturist, a doctor's office and steps from a CVS pharmacy.

From the inside, however, Bill Askinazi says he is watching medical miracles.

An example: The 35-year-old man, toes on both feet pointed inward, hobbling in on crutches. He'd been suffering muscle spasticity so long that his hands were knots, clenched tight.

A few days later, he returned, having received his first dose of medical marijuana. One hand was unclenched fully, the other partially. He walked in without crutches, on his own two feet.

"It was unbelievable," said Askinazi, principal of Potomac Holistics, one of the state's 22 licensed medical marijuana dispensaries.

Since the dispensary opened Dec. 1, it has seen steady traffic, with those who receive "recommendations" for medical marijuana – federal law bars doctors from technically prescribing the drug – buzzing in from outside, signing in with a guard and waiting in a warm, inviting and locked waiting room before being given their dose and being sent on their way.

They've seen the sort of hurdles other businesses wouldn't mind having: demand that exceeds supply, a customer base willing to drive 50 miles for the product, an incredible level of gratitude from that base.

And they've seen hurdles other companies might not face: The need to buy, not rent, a space to make sure that fickle landlords don't have a change of heart; a need to do far more community outreach than other businesses might face; a need for extensive security and regulations that can be intimidating but, most agree, are utterly necessary.

Pay attention, Ohio: This may be you in a few months.

Maryland legalized medical marijuana in 2014 and now the state is seeing the results, with dispensaries across the state slowly opening.

In all, the Maryland Medical Cannabis Commission has licensed 14 growers and 12 processors.

One of those growers, Green Leaf Medical in Frederick, will harvest its first batch on Thursday, according to Philip Goldberg, CEO of the company.

The company's 45,000-square-foot plant, tucked into a massive building that formerly housed a printing press, is a far cry from what one might imagine a pot farm would be. Each room features a computerized box which closely monitors the conditions of the room – everything from light levels to carbon dioxide levels. The plant features an extensive irrigation system. Security is so tight that some rooms require two employee badges to enter.

Goldberg's current pride and joy is an LED lighting system – the company is experimenting with using LED to grow the plant.

Despite the names of the plants themselves – labeled as "AK-47" or "Acapulco Gold" – Goldberg considers the plants an incredibly serious business. Each batch will undergo extensive testing as required by law, and outside of each room is an incredibly thorough binder describing conditions of the room and the plants three times a day. One room features the "mother" plants – plants whose clippings are used to breed new plants.

The farm smells more like a greenhouse than Grateful Dead concert.

Some of the plants would hardly be considered a drug in the traditional sense. "You could smoke this whole table and not get a buzz," he said of one plant, used to treat epileptic seizures in children.

Starting the business wasn't easy. Goldberg and his brother and business partner Kevin had to secure $11 million in investments from 120 investors to get started. They face intense regulation, inspection and oversight – necessary, he said, because of the medicinal purpose of the product.

And it takes their product 3 1/2 months to get to harvest. That's before the lab testing and all the additional steps needed to get the plant to market.

"We're trying to put out clean medicine here," he said. "There can't be metals, can't be mold, can't be pesticides."

And they're just getting started, he said.

Ohio, which passed its law in 2016, is one of 29 states to permit the medical use of marijuana, according to the National Council on State Legislatures. The Ohio Department of Commerce and State of Ohio Board of Pharmacy are required to have Ohio's Medical Marijuana Control Program fully operational by September 2018.

Last month, the state reported that it had received 370 applications to operate 60 dispensaries. It has issued 12 provisional licenses for large-scale marijuana growing operations out of 109 applicants.

Green Leaf was among those rejected.

Goldberg said he was appalled at reports that one of the three people on the board that reviewed Ohio grower applications had a felony drug conviction. A second had business ties to one of the license winners. He said he and some others who have established cultivator businesses plan to appeal. They do not, however, plan to file an injunction that would stop the process.

"We would never do that, because it hurts patients," he said.

Not all believe in the benefits of medical marijuana. Marcie Seidel, executive director of the Drug-Free Action Alliance, wonders how much of the medical effectiveness of medical cannabis is truly medical and how much is placebo. She also worries that it's normalizing drugs for a new generation of Americans.

"There's a sales job going on out there that medical marijuana is a panacea," she said. "I'm concerned about patients not being duped into doing something that may end up doing more harm than good or prevent them from coming forward for a more tried-and-proven technology to deal with what they're dealing with."

But Askinazi said he has watched people come in for headaches, insomnia, loss of appetite and nausea.

He has a personal reason to be invested: Twenty years ago, his son, then in middle school, had a debilitating gastrointestinal condition. He couldn't eat. He lost 25 pounds. He was finally prescribed Marinol, a synthetic marijuana. "It saved his life," Askinazi said.

Now, he said, he's seeing others benefit. One of his partners came into his office the other day in tears. The 90-year-old mother of a friend had received her dose. "And they were just so grateful for the medicine we were able to provide them," he said.

"We are absolutely thrilled we got into this," he said. 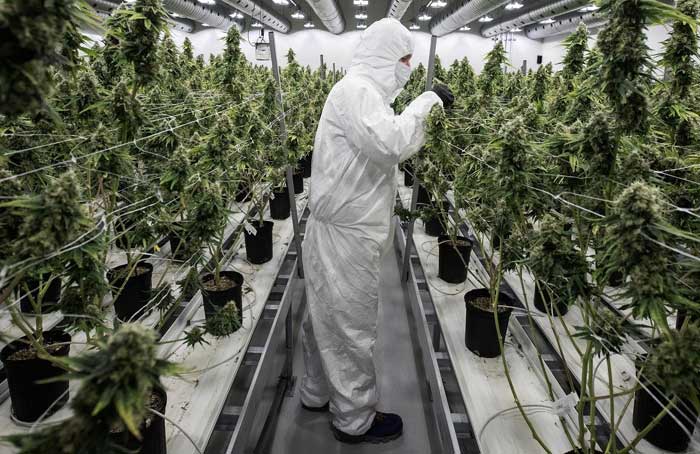 Medical Marijuana Launches In Maryland: What's It Mean For Ohio

Years After It Was Made Legal, Medical Marijuana Sales Start In Maryland