A majority of New Mexico voters - especially young ones - favor following Colorado's lead in making marijuana legal for recreational use by adults, according to the latest Journal Poll.

Sixty-one percent of likely voters said they would support a proposal to legalize, tax and regulate marijuana for adults 21 and older, while 34 percent said they would oppose it. The remainder said they had mixed feelings or did not know.

Colorado made the sale of marijuana for recreational use legal Jan. 1, 2014. While that decision is still being debated, the change has generated a huge amount of money for the state, more than $587 million in 2015 alone. Coupled with roughly $408 million in sales for medical cannabis that year, the combined sales generated more than $135 million for the state in taxes and fees. That prospect could appeal to New Mexico legislators grappling with the state's cash-strapped budget.

The Journal survey also reveals a strong generational difference. More than four in five - 82 percent - of voters ages 18 to 34 said they would support a proposal to legalize pot for recreational use, while just 45 percent of those 65 and older expressed support.

"The new generation that is getting onto the voter rolls are more likely to support, so it's only logical that support levels have been rising," said Journal pollster Brian Sanderoff, president of Research & Polling Inc.

The results suggest that voters today would support a ballot initiative to legalize pot for recreational use, Sanderoff said.

"I think if the election were held today, it would pass," he said.

Getting legislative support for a measure that would put the question to voters is a goal that has long eluded supporters.

Lawmakers this year considered a proposal that would have asked voters to approve or reject a constitutional change to legalize, regulate and tax marijuana production and sales. The measure failed in the 2016 regular session. Similar proposals also failed in 2014 and 2015.

New Mexico's medical cannabis program has expanded significantly since its introduction in 2007. The number of people enrolled in the program has grown to 30,877 as of Sept. 30, up from roughly 14,000 the previous year. Most have been diagnosed with either post-traumatic stress disorder or severe chronic pain, which are among the nearly two dozen qualifying conditions for which medical marijuana is approved.

Marijuana use for any purpose remains illegal under federal law.

In addition to age, party affiliation was a key predictor of public opinion about legalizing pot. Seventy percent of Democrats, but just 40 percent of Republicans, said they would support the measure. Independents topped both, with 81 percent support for legalization.

The results are virtually identical to those of a Journal survey in January in which 61 percent of respondents supported legalization and 34 percent opposed.

But this year's polling indicates that public attitudes about marijuana have changed since 2014.

A Journal survey that year found that only 44 percent of likely voters favored a constitutional change to legalize, regulate and tax marijuana. Fifty percent said they opposed legalization.

"It demonstrates that public opinion (about marijuana) is shifting quickly, similar to other social issues" such as same-sex marriage, Sanderoff said.

The Journal Poll is based on a scientific, statewide sample of 501 voters who said they planned to vote this year and either cast ballots in the 2012 or 2014 general elections or just registered to vote.

All interviews were conducted by live, professional interviewers, with multiple callbacks to households that did not initially answer the phone. 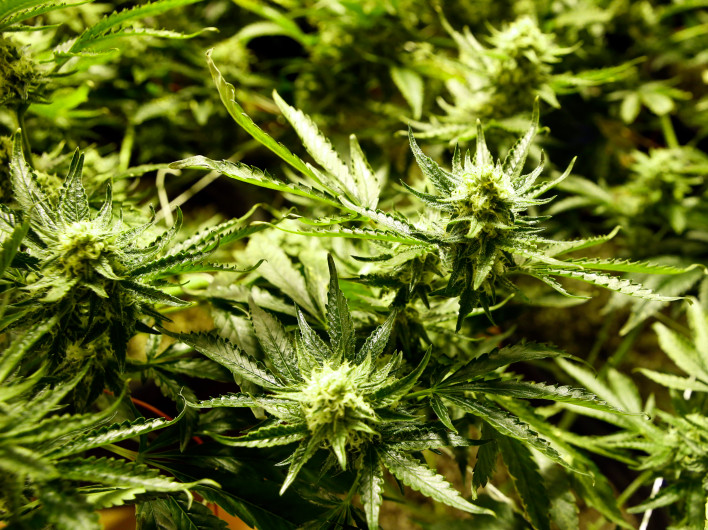