New York - Medical Marijuana To Be Approved In Assembly Today

The state Assembly today is set to approve the Compassionate Care Act -- the measure that would legalize medical marijuana in New York. There's little suspense: the Democratic-led Assembly has been approving various pieces of legislation to legalize medical marijuana for several years. If approved, the bill would head to the state Senate, where its fate is uncertain but where a version of which passed the Senate Health Committee last week. It'll also be interesting to see how many Republicans back the measure in the Assembly. Last year, marijuana supporter Assemblyman Steve Katz, R-Yorktown, Westchester County, spoke in favor of the measure after he was ticketed for marijuana possession and then changed his vote.

Medical-marijuana advocates today will be holding a rally outside the Assembly chambers in support of the bill. Advocates are hopeful that the Senate and Assembly will reconcile their bills before the legislative session ends next month. Then it would need to pass the Senate, where five Republicans are supporting it and Senate sponsor Diane Savino, D-Staten Island, believes there's enough votes for passage. Then Gov. Andrew Cuomo, who proposed his own medical marijuana plan in January, would have to sign it into law. 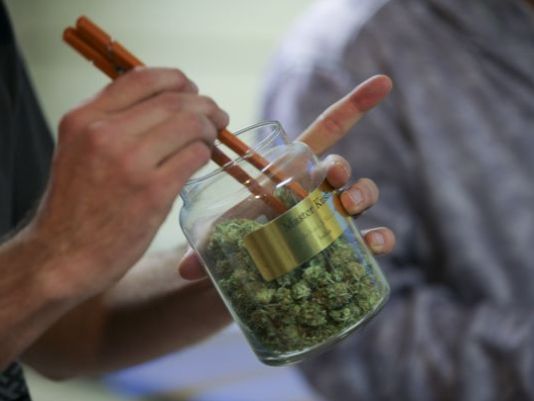