New York is poised to legalize medical marijuana in non-smokeable forms for patients with serious illnesses. Gov. Andrew Cuomo and legislative leaders announced Thursday an agreement that would allow doctors to prescribe marijuana to those with diseases or disorders such as cancer, AIDS and epilepsy, but wouldn't allow patients to smoke the drug. At a news conference Thursday, Cuomo called the medical-marijuana agreement "the best of both worlds." Marijuana will be made available to patients in need, but there are safeguards in place to ensure the program isn't abused, he said.

"There are certainly significant medical benefits that can be garnered," Cuomo said. "At the same time, it's a difficult issue because there are also risks that have to be averted – public-health risks, public-safety risks – and we believe this bill strikes the right balance." Lawmakers were expected to approve the bill – which hadn't yet been printed Thursday evening – late Thursday night or early Friday. The state's medical-marijuana program would aim to be up and running within 18 months and would include a clause that would allow the governor to suspend the program on the advice of his health or police commissioner. The drug would be taxed at 7 percent of gross sales.

Kate Hintz of North Salem said she was pleased a deal was reached, but wanted to review all the details. She's been a regular at the Capitol to lobby for the bill. Her 3-year-old daughter, Morgan, suffers from Dravet syndrome, a rare form of epilepsy that has responded favorably to oil-based treatments in other states. "From what I heard today, this will be a bill that will be able to serve the pediatric population and also the epileptic population," Hintz said. "Obviously, these are very broad details."

Unlike some other states, the bill would not allow patients to smoke marijuana, which had been opposed by Cuomo. Instead, other forms of delivering the drug – including vaporization and oil-based cannabis extracts – would be authorized. About a dozen diseases could be treated under the regulations that would be developed by the Health Department. Advocates said they were concerned about the limited availability of marijuana, but were pleased that an agreement could be reached. New York would become the 23rd state to have a medical-marijuana program, according the Drug Policy Alliance, an advocacy group. Other states, including Florida and Utah, have approved programs that allow only oil-based cannabis extracts.

"New York has finally done something significant for thousands of patients who are suffering and need relief now. They will benefit from this compromise," said Gabriel Sayegh, the group's director. "That said, this is not the bill we wanted." Cuomo had been opposed to medical marijuana early in his term, but in January announced he would unilaterally allow up to 20 hospitals to prescribe the drug for research purposes. But advocates were critical of Cuomo's plan for not being broad enough, and state Sen. Diane Savino and Assemblyman Richard Gottfried continued to push a bill that would authorize medical marijuana more broadly. Savino said Thursday it was important to reach an agreement to help those in need before the session ends for the year this week. 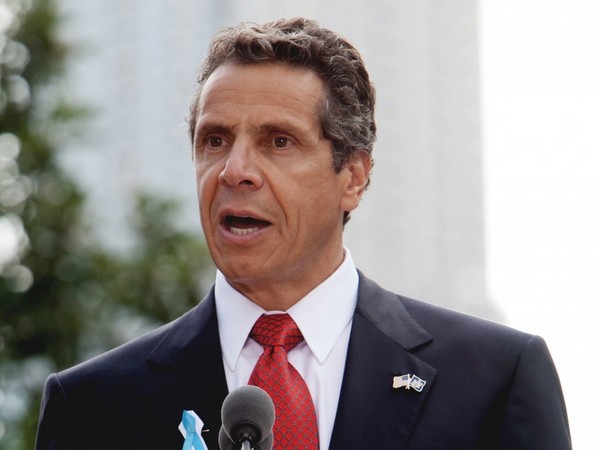