The Democratic-led state Assembly on Tuesday passed legislation that would legalize the use of marijuana for medical purposes, increasing pressure on the Senate to pass it before the session concludes at the end of June. The bill, dubbed the Compassionate Care Act, passed 91-34. The Assembly had previously passed medical marijuana legislation, and in April Democratic Speaker Sheldon Silver said if the Senate were to take up the legislation the Assembly would pass it again.

Democratic Assemblyman Richard Gottfried said particular strains of marijuana can help children with a rare form of epilepsy and patients undergoing chemotherapy. "Lives could be made more tolerable and longer by enacting this legislation," Gottfried said. The Assembly's passage could be a possible indicator that the Republican-led Senate is gearing up to act on medical marijuana. Last week medical marijuana cleared its first hurdle and passed the Senate health committee, but its prospects remain uncertain. The measure would still have to clear the Republican-led finance committee and be allowed by both leaders of the Senate to go to a floor vote.

Sen. John DeFrancisco, chairman of the finance committee, did not return calls seeking comment on whether he would allow medical marijuana to be brought to a vote in committee. The bill's sponsor Sen. Diane Savino, a Staten Island Democrat, said she is confident that she has the votes needed to pass in the finance committee and in the Senate. Due to the power sharing agreement between Republicans and a faction of five Democrats that control the Senate, each leader can block bills from being brought to the floor by using veto power. Senate Republican Leader Dean Skelos has warmed up to the idea, saying he supports medical marijuana use in oil form, but has trepidation about smoking the drug.

Sen. Jeff Klein, who leads a faction of Democrats who control the Senate with Republicans, is a co-sponsor of the bill. While Gottfried and Savino's bills are not the same, if the bills passed, the sponsors will have to adjust and consolidate them before legislation reaches Democratic Gov. Andrew Cuomo's desk. Cuomo, who proposed a limited medical marijuana pilot program, which would allow 20 hospitals statewide to administer the drug, has been noncommittal on the Compassionate Care Act. He would review the legislation if passed, a spokesman said. 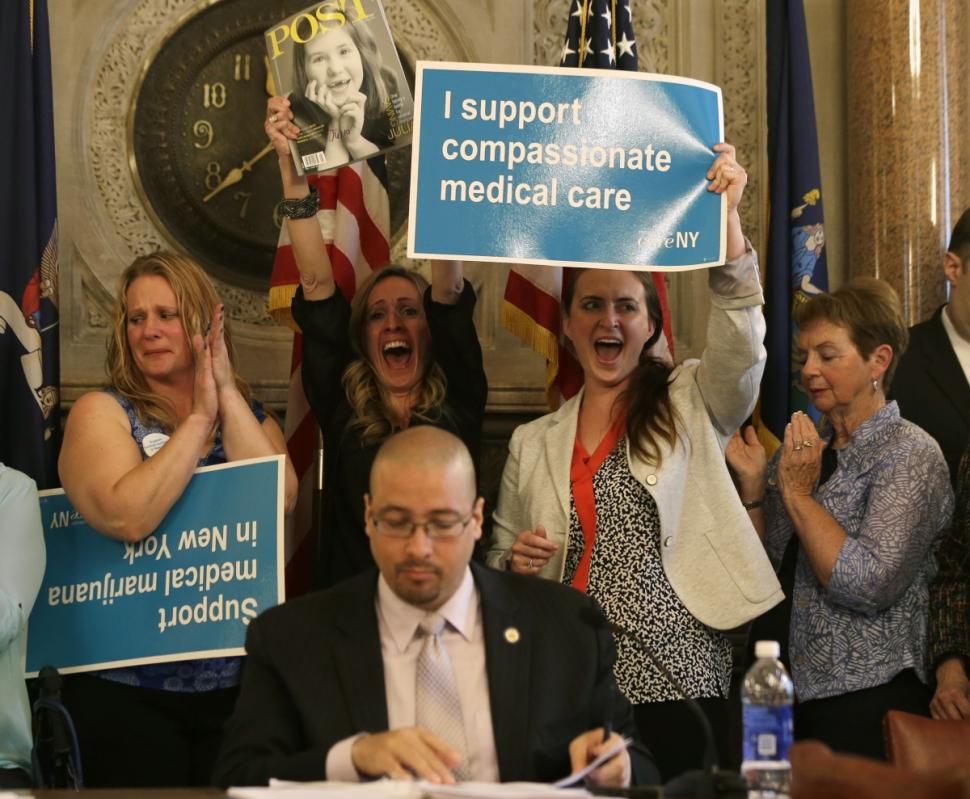 May 28, 2014
The General
T
T
New York - Medical Marijuana To Be Approved In Assembly Today

May 27, 2014
The General
T
T
Medical Marijuana Bill Up For NYS Senate Committee Vote At High Noon On Tuesday