Police have apologized after mistakenly ripping out a cannabis crop that turned out to be legal - and have promised the owner they will pay him back.

Willie Kaa is a licensed hemp grower who lives in Ruatoria on the East Coast.

He is part of a collective of growers working with Hikurangi Hemp to develop medical cannabis products from industrial hemp plantations.

Kaa recently planted 16 hemp cultivars as a trial on Rangitukia Station just north of Ruatoria, after applying for an industrial hemp license from Medicines Control at the Ministry of Health.

According to a statement from Hikurangi Hemp, Kaa also arranged for local police to visit to inspect the site.

But this week, a police drug squad from outside the area raided the property, taking all 16 plants, the statement said.

Police confirmed to the Herald they had ripped out the plants in error.

"As part of efforts to target the people who supply drugs to communities in the Eastern District, 16 legitimate hemp plants were accidentally seized by Police on Tuesday 19 December," Detective Senior Sergeant Brenton Greville said in a statement.

"We have apologised to the owner, who has been understanding of the police error and will be reimbursed.

"The seizure of the hemp happened in the rural Gisborne area during an ongoing operation targeting the cultivation of commercial quantities of cannabis linked to criminal activity."

Hikurangi Hemp spokesman Manu Caddie said local police had apologised on behalf of their colleagues, but said the situation was still "very concerning".

"We are trying to develop a new industry with a huge amount of regulatory hurdles, technical challenges and financial barriers — the last thing legitimate growers need is this kind of cavalier fly-boy approach by a small group of public servants who are supposed to enforce the law, not break it."

The hemp cultivars were supplied as part of a strategy to build local industry and employment opportunities on the East Coast.

Caddie said he understood the officers involved mistook the plants for illicit varieties of cannabis but that explanation was not good enough.

"We are growing crops worth millions of dollars and need to know they are not at risk from police incompetence and poor information sharing."

The company would be encouraging Kaa to ask the Police Commissioner to investigate the incident.

Caddie said it was a sad irony that the incident took place on the same day the Government announced plans to allow medical cannabis to be grown in New Zealand. 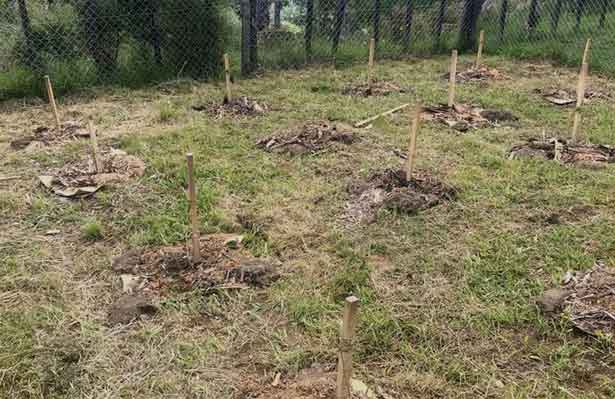 Licensed To Grow Hemp In Kentucky, But Police Say They Found Marijuana Instead