New Hampshire's general election is right around the corner, and at this point only one thing is clear: many voters don't even know who is running for state Senate.

Most of the state's political oxygen has been sucked up by the presidential race, the race for U.S. Senate, and, to a lesser extent, the race for governor. However, the contests most likely to impact the future of New Hampshire laws and policies may be the 24 state Senate races, and the candidates seeking these offices have received little media coverage this summer and fall.

State Senate races are especially important for supporters of marijuana policy reform, who have watched the upper chamber kill seven House-approved decriminalization bills dating back to 2008. Fortunately for voters who are eager to see New Hampshire bring its marijuana laws out of the Dark Ages, the Marijuana Policy Project has published a voter guide that features detailed information on Senate candidates' positions.

This year's voter guide includes two pieces of very good news for reform supporters. One is that, for the first time in New Hampshire history, every candidate for governor on the general election ballot is clearly on record in support of decriminalization. Both Colin Van Ostern (D-Concord) and Chris Sununu (R-Newfields) have repeatedly said they support reducing marijuana possession penalties to a violation, and the Libertarian Party nominee, Rep. Max Abramson (R-Seabrook) has said he supports legalization.

The other good news is that some of the most gung-ho prohibitionists in the Senate are not seeking re-election, and voters have clearly signaled that they are ready for a new approach to marijuana policy. For example, decriminalization and medical cannabis opponent Sen. Jeanie Forrester (R-Meredith) left her seat open to run for governor this summer, and, during the debates, she relentlessly attacked the eventual first and second-place primary finishers over their support for decriminalization. When it was time for voters to speak in the Republican primary on September 13, Forrester finished a distant fourth, and Ted Gatsas, another former state senator who voted against medical cannabis and opposed decriminalization, finished third.

Voters who identify as Democrats or independents support marijuana policy reforms even more strongly than the Republican voters who rejected Forrester and Gatsas in September. A poll published by the University of New Hampshire Survey Center in July found that 61% of Granite Staters support legalizing marijuana, including 50% of Republicans, 73% of Democrats, and 58% of independents. The same poll found that 72% of Granite Staters support decriminalization and only 24% prefer to keep marijuana laws as they are now.

Politicians who persist in supporting the failed war on marijuana will likely have to learn the hard way that public attitudes have changed. The good news for supporters of reform is that several incumbent senators from both parties have at least supported reducing possession penalties to a violation. These include Majority Leader Jeb Bradley (R-Wolfeboro), Minority Leader Jeff Woodburn (D-Whitefield), Sen. John Reagan (R-Deerfield), and Sen. Dan Feltes (D-Concord).

Unfortunately, there are also several candidates from both parties who do not support reforming marijuana laws, so there is no substitute for consulting the Marijuana Policy Project's voter guide to learn where candidates stand.

In the majority of Senate races, the Democratic candidate has taken more sensible positions on marijuana policy than the Republican candidate. For example, the race for the open seat in District 23 (Brentwood, Chester, Danville, East Kingston, Epping, Exeter, Fremont, Kingston, and Sandown) features Rep. Bill Gannon (R-Sandown), who has publicly bragged about his efforts to defeat decriminalization bills in 2015 and 2016. District 23 is typically considered a "safe" Republican seat, but this year could be different – Gannon is not particularly well known, and his opponent, decriminalization supporter Rep. Alexis Simpson (D-Exeter), appears to be running a strong campaign.

On the other hand, there are several races where the Republican Senate candidate has taken more favorable positions on marijuana policy than his or her Democratic opponent. Here are a few examples:

In District 16 (Bow, Candia, Dunbarton, Hooksett, and Manchester Wards 1, 2, and 12), decriminalization and legalization supporter Rep. Joe Duarte (R-Candia) faces Scott McGilvray (D-Hooksett), who, to the best of my knowledge, has not publicly taken a position on marijuana policy.

In District 20 (Goffstown and Manchester wards 3, 4, 10, and 11), Sen. Lou D'Allesandro (D-Manchester) has voted on both sides of medical cannabis and decriminalization bills. His opponent, Carla Gericke (R-Manchester), strongly supports legalization.

Granite Staters should also keep a close eye on what happens with legalization ballot initiatives in Maine and Massachusetts. If neighboring states are moving forward with legalization and regulation of marijuana for adult use, that will likely help spur New Hampshire policymakers into taking action in 2017. 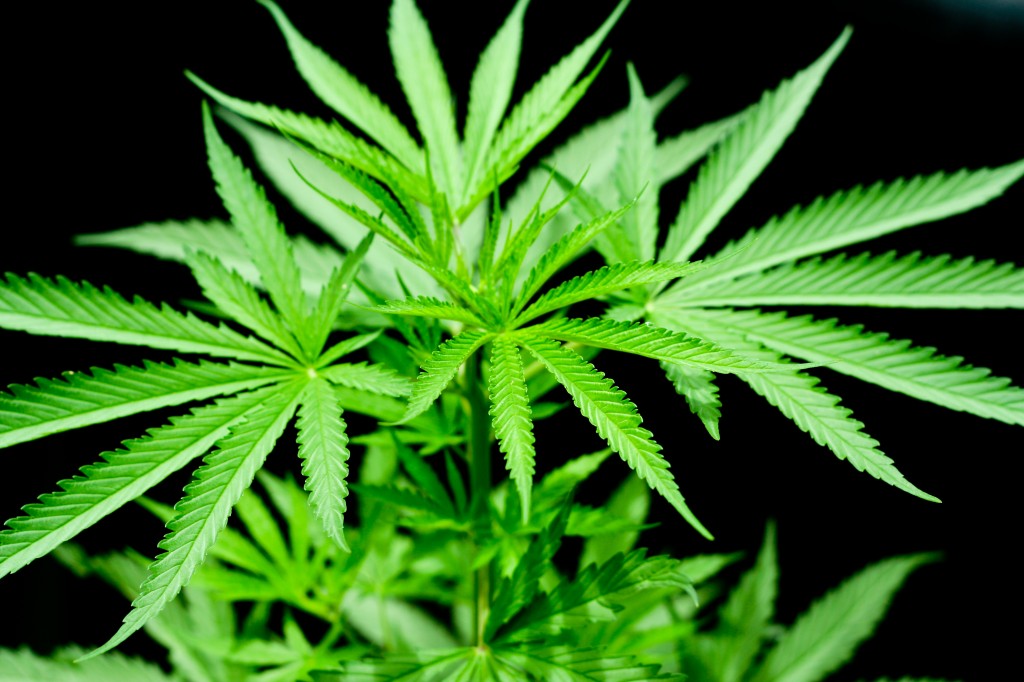 K
One Out Of Four US Senators Is A Pot Prohibitionist - Is Yours One Of Them?