Although the legal use of medical marijuana in New Hampshire seems to be all but certain, one important part of modern medicine remains far outside the picture: health insurance.

No insurance coverage for what is legally called "therapeutic cannabis" is required under the proposed law, nor is coverage likely to exist anytime soon.

That means that after the state's four medical marijuana dispensaries are up and running — which won't happen for at least a year — patients will have to pay the whole cost, often estimated at several hundred dollars a month.

"I think federal law would have to change before (insurance coverage) would even be possible," said Matt Simon, of the Marijuana Policy Project, an advocacy group that has long pushed for the legalization of marijuana. "There is nothing the state could do."

"It's way too early to say, and the federal law is a big issue. We just don't know," said Michael Wilkey, director for compliance and consumer services with the New Hampshire Insurance Department, which licenses insurance companies.

It's possible that an employer with a self-funded insurance program could offer coverage, but nothing like that has been reported, he said.

Under the bill (HB573), which Gov. Maggie Hassan has said she will sign after it likely gets approval this week, patients diagnosed with cancer, Crohn's disease and certain other conditions could have as much as 2 ounces of marijuana. They can't grow their own plants — a key point of debate.

To qualify for medical marijuana, a person would have to have been a patient of the prescribing doctor for at least 90 days, have tried other remedies and have exhibited certain symptoms. Only New Hampshire residents would qualify.

Four licensed dispensaries can exist. They could have a maximum of 80 marijuana plants, 160 seedlings and 80 ounces of marijuana, or 6 ounces per qualifying patient. They also would have a limit of three mature cannabis plants, 12 seedlings and 6 ounces for each patient who designates the dispensary as his or her treatment center.

Marijuana is classified as a Schedule 1 substance under the federal Controlled Substances Act, along with heroin, LSD and some other substances. That means it's considered to have no accepted medical use and a high potential for abuse.

A case before the U.S. Court of Appeals for the D.C. Circuit seeks to remove marijuana from that list, but no ruling has come down. In 2011, the federal Drug Enforcement Administration denied a similar request to remove pot from the Schedule 1 list.

Susan Pisano, a spokeswoman for the trade group America's Health Insurance Plans, told Kaiser Health News that "legal issues" were preventing coverage. She also said health plans want to see stronger scientific evidence that marijuana is as safe and effective as other drugs to treat problems such as pain or nausea.

No state that has legalized medical marijuana requires insurance coverage, and most go out of their way to make this point.

The New Hampshire law is typical; it says, "Nothing in this chapter shall be construed to require any health insurance provider, health care plan, or medical assistance program to be liable for any claim for reimbursement for the therapeutic use of cannabis."

Massachusetts, which legalized medical marijuana in November and is still writing the rules, has similar wording in its law. That state's unique health insurance program, MassHealth, won't cover marijuana.

A Boston Phoenix report on the issue found that California allows some medical marijuana costs to apply toward the deductible limit of their state health insurance, but doesn't allow expenses to be reimbursed, which appears to be the closest any place has to coverage.

Incidentally, the New Hampshire law's use of the word "therapeutic" as compared with "medical" doesn't indicate any lowering of the bar for conditions that can be covered by marijuana.

The change was introduced in March during one of many rewrites of the bill at the New Hampshire Medical Society, which opposes the bill. It didn't like the word "medical" partly because it might be seen as implying Federal Drug Administration approval. 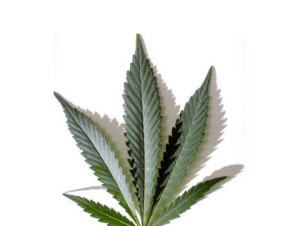