The National Drug Law Enforcement Agency (NDLEA) in Ekiti on Tuesday said it arrested 33 suspects for allegedly cultivating cannabis between January and February, 2015.

The NDLEA Commander, Mr Suleiman Jadi, told the News Agency of Nigeria (NAN) in Ado-Ekiti that the suspects were arrested at various points.

Jadi said they were arrested in different farms and bear parlours within and outside the state capital.

The commander said that in January it arrested one suspect in Aramoko, Ikole, Are, Omuo-Oke, Emure and Oye-Ekiti, five in Ado, three in Ikere and two in Igede-Ekiti.

"The command is putting all necessary logistics in place to arrest more suspects, while we have intensified our surveillance across the 16 local government areas of the state.

"We are setting out on dry season cannabis cultivation, which is a common phenomenon in the state, just as the rainy season with the aim of discovering more cannabis farms.

"This is the ninth time that cannabis sativa farms are discovered in the state in the last three years,'' he said.

He charged residents of Ekiti not to relent in giving useful information on how to discover more hideout of hard drugs and Indian hemp dealers. 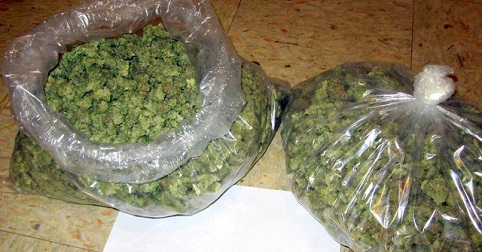