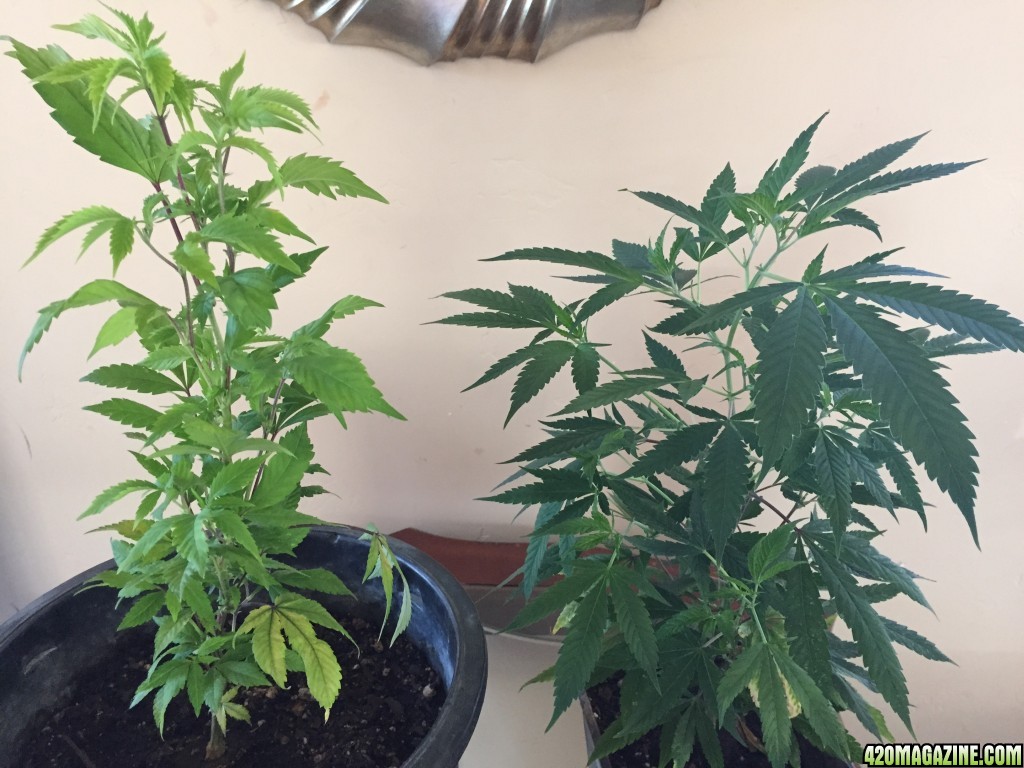 I need help...what is wrong with the plant on the left? Does this look like a nitrogen deficiency? Overwatering? Lighting issue?

Left - I transplanted into different soil and have been moving outdoors during the daytime and indoor under lamps (240 watt LED) at night for a 24 hr cycle.

Right - just got this clone from a friend who did both the clones at the same time and transplanted into his soil. It hasn't been moved outdoors but under lamps 24 hrs/day.

Both plants looked like the dark green but since I have transplanted had the plant on the left it looks like I'm killing it or at the least turning it yellow but I don't know what I'm doing wrong. Soil? Light?
C

What soil did you use? Do you know the ph level of the water you use?

not much info giver how often do you water? let the pot dry out alittle and use distilled or ro water ph'd to 6.2 to 6.5 , I use a soiless mix ph to 6.3,..do you use a nutrient line special for cannabis??? what are the PPM when you feed and how often,and with an led use cal mag at 4 or 5 ml per gallon in addition too ferts,....clean water ph'd and apply a good fert at lower dosages and you should be fine, PS over watering kills more plants than anything

Looks like over watering... the plant on the right looks like it has minor nute burn too.