NJ: 3 Things Change No Matter Who Succeeds Christie (Yes, Marijuana's On The List)

Come January, things will change in the state of New Jersey no matter who the state taps to succeed Gov. Chris Christie.

Christie, a Republican, will leave office after eight years. It'll be the first time in nearly three decades the state's residents have had that amount of time the same governor.

The Democratic and Republican hopefuls vying to take ownership of the governor's mansion for at least the next four years don't agree on much. But both will alter at least a handful of Christie policies.

Who are the major party candidates?

The Democrat: Phil Murphy, a former U.S. ambassador to Germany, a former finance chair of the Democratic National Committee, and a former Goldman Sachs banking executive. This is the first time he's seeking elected office.

The Republican: Lt. Gov. Kim Guadagno, the lieutenant governor under Christie since 2010, a former Monmouth County sheriff, and a former federal prosecutor.

The most recent poll released on the race suggested it could be a blowout for Murphy, who held a 25-percentage-point lead over Guadagno. But about 40 percent of likely voters don't know much about either candidate, so the numbers can change as the November election nears.

Here's what will change no matter who wins:

Yes, the Garden State is getting more pot.

New Jersey joined the growing list of states with medical marijuana programs just as Christie prepared to take office. Christie, a former federal prosecutor, has taken a hardline approach against marijuana and was accused by medicinal marijuana advocates of dragging his feet in implementing the program, signed by Democrat Jon Corzine just as he was leaving office.

The state has strict limits on who can get it for medicinal use and Christie has trashed states like Colorado that legalized recreational pot.

On the presidential campaign trail, he said he would crack down on recreational use across the nation.

Murphy promises to join states like Colorado that have legalized recreational use of pot. In fact, it's part of how he plans to shore up a $1.3 billion tax hike in the state to help pay for all sorts of state spending programs he's promised on the campaign trail.

New Jersey would join seven other states and the District of Columbia that have legalized recreational use. But New Jersey could become the first state in the northeast to get legal pot in the hands of smokers and fans of edibles. Maine and Maryland voters approved legalization in November, but both of the state's governors have dragged their feet on implementing the measures.

Murphy projects to bring in $300 million a year in tax revenue from legal weed.

Guadagno opposes legalizing pot for recreational use. But she supports expanding New Jersey's medicinal marijuana use and decriminalization.

"I completely agree that we should decriminalize it," Guadagno said at a Republican gubernatorial debate in May.

New Jerseyans are well-versed on taxes.

We had the highest property taxes in the nation again last year and the recent successful push to raise the gas tax to pay for a depleted Transportation Trust Fund to pay for infrastructure and road maintenance (and had not increased in nearly three decades) was met with strong resistance despite bipartisan support for the proposal.

Here's what is on the table come January.

Guadagno's plan to further cap property taxes beyond the 2 percent cap by the Christie administration has been dubbed the "circuit breaker" plan. The idea behind it is the state would fill the gap of a homeowners' school tax bill if the cost surpasses 5 percent of the family's annual income.

Her pitch is it would save middle class New Jerseyans as much as $3,000 a year.

Two caveats: It's not a guaranteed change if she wins in November since it needs legislative action. Also, skeptics point out she hasn't identified a clear source of funding to pay for the program her campaign estimates would cost the state $1.5 billion – but would be a $1.5 billion property tax cut for New Jerseyans.

Guadagno has made the issue the centerpiece of her campaign and has promised to not run for a second term if she isn't able to cut property taxes in the state.

Murphy's tax proposal is a touch more straightforward: His campaign outlined plans for a $1.3 billion tax hike it says will not hit the middle class to pay for spending programs he's promised during the campaign.

Under the proposal, the state's wealthiest will pay more in income tax, corporations would see tax loop-holes closed, and recreational marijuana would be taxed.

Christie pulled New Jersey out of the Regional Greenhouse Gas Initiative, RGGI, in 2011. Ten Northeast and mid-Atlantic states from Maine to Maryland signed on to the initiative that had a goal to reduce carbon dioxide emissions from power plants across by 10 percent over seven years. It was the first cap-and-trade program of its kind in the United States. But Christie called it "a failure" at the time of his announcement.

It's one of the rare (only?) measures where both candidates find common ground.

Murphy wants to return to RGGI, which has strong Democratic support.

And Guadagno splits with Christie on the issue. She would also return New Jersey to the initiative.

"This is what we have to do when it comes to our environment. We have to admit that we have some kind of problem," Guadagno said during a May debate. "I am not a climate denier and I will never be." 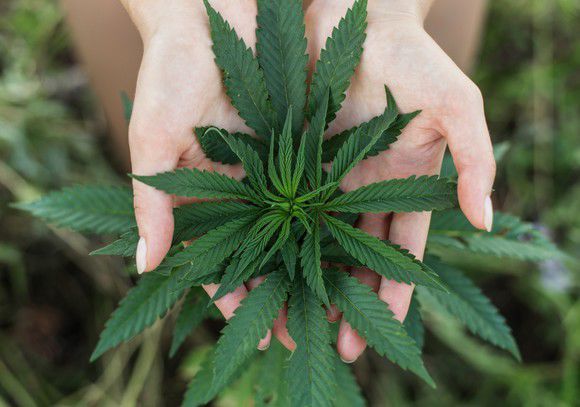