Berkeley Township council members on Monday introduced an ordinance that would prohibit any business that sells marijuana — medicinal or recreational — or weed paraphernalia.

The 56-square-mile town joints Point Pleasant Beach as the only two towns in New Jersey that have formally taken action to ban marijuana sales.

"We have police officers in all our schools, we have our D.A.R.E. program that teaches kids about the long-term effects drugs can have on you," Berkeley Mayor Carmen Amato Jr. said. "And then, when they're taking a bus home from school, they're passing a marijuana dispensary? I just think that's sending the wrong message."

Berkeley and Point Pleasant Beach are not alone: Seaside Heights Mayor Tony Vaz said a "stern" ordinance prohibiting marijuana sales is currently in the works and could be introduced to the public as soon as February.

"We're trying to come back as a family resort. We're just preparing ourselves," Vaz said.

And in Lavallette, officials have had preliminary discussions about prohibiting marijuana sales, but won't introduce any ordinance until the state actually legalizes the drug.

"There's no sense in trying to craft an ordinance when you don't know what shape the law's going to take," Lavallette Mayor Walter LaCicero said. "We have to see what it says. The state may have their own restrictions on where dispensaries can be located."

Gov.-elect Phil Murphy made marijuana legalization part of his campaign platform and has pledged to sign a legalization bill within the first 100 days of his Jan. 16 inauguration.

Murphy, a Middletown resident, largely cited social justice concerns as his reasoning for legalization. Various studies have shown that black people are significantly more likely to be arrested for marijuana use or possession, despite similar use rates among white people.

And in Shore towns with a bustling nightlife, such as Point Pleasant Beach and Seaside Heights, marijuana advocates have argued that the drug is not the main issue: What about the alcohol served at bars and restaurants?

"There's laws with liquor and we enforce those laws. There are people who are still going to get drunk and drive, and hurt or kill themselves or innocent people," Vaz said. "But if we can avoid these things before they happen with marijuana? I think it's a big plus for our community and our state."

A study released last week from the Brach Eichler law firm, which has two attorneys on Murphy's transition team, argued that $1 billion was at stake, if state government imposed more aggressive taxes and fees on those who grow, distribute, test, sell or deliver pot.

Legislative estimates have said that the chief plan under consideration, with a 25 percent tax rate on marijuana sales, could bring in about $300 million in tax revenue and save more than $100 million on law enforcement costs.

Under that plan, towns that ban marijuana sales wouldn't see a dime of pot revenue.

"It's not a money thing. The money's not a part of it at all," Amato said. "I just think it wouldn't be sending a good message." 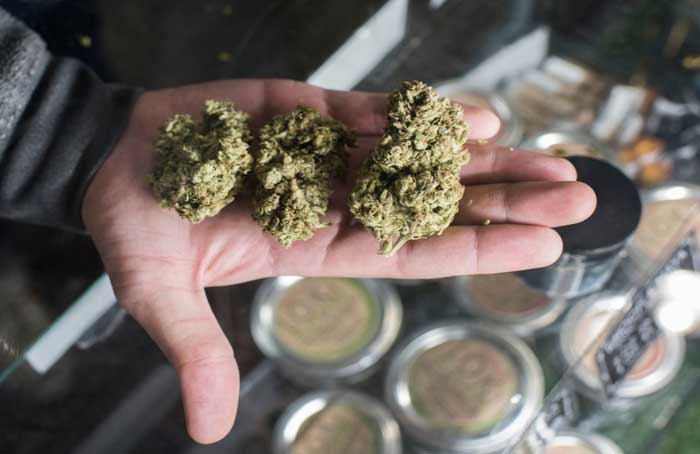