No Industrial Hemp In Nebraska This Year

Legislators earlier this year passed a bill allowing the cultivation of industrial hemp for research, but Nebraska's nickname as the Cornhusker State is safe for the time being, as state officials work on regulations that will allow the fibrous plant to make the leap from weed to crop. The Nebraska Department of Agriculture – which LB1001 tasked with adopting rules and regulations for growing hemp – is researching the plant and programs in other states, but it won't have a framework in time for planting this spring.

"There will be no hemp research projects initiated under a program this year," Ag Department spokeswoman Christin Kamm said in an email. Kamm did not respond to questions about a timeline for getting rules in place or when the first crop might be planted. Nebraska's legislation, passed with overwhelming support on a 39-2 vote, will allow the University of Nebraska and the Ag Department to grow industrial hemp, a cousin of marijuana that has negligible amounts of tetrahydrocannabinol, or THC, the chemical responsible for producing marijuana's high.

Some University of Nebraska-Lincoln faculty members have met informally with state Ag Department officials to express interest in looking at the agronomic potential of hemp, said David Jackson, an associate dean of UNL's Agricultural Research Division. The 2014 federal Farm Bill carved out a small exception with a provision that opened up hemp production to ag departments and colleges in states with laws allowing the plant to be grown.

Nebraska is one of a dozen states that have passed legislation on industrial hemp. The others are California, Colorado, Kentucky, Indiana, Maine, Montana, North Dakota, Oregon, Utah, Vermont and West Virginia. But finding seeds certified to be low-THC has proved challenging. Most sources are outside the United States, and federal law bans their import. The Kentucky Department of Agriculture filed suit against the federal Drug Enforcement Administration this month after 250 pounds of hemp seed meant for educational projects were seized. The seed, imported from Italy, is being held by the U.S. Customs and Border Protection in Louisville.

In 2013, the sale of hemp products in the United States, including food, clothing, auto parts and building materials, exceeded $581 million, according to the Hemp Industries Association. Much of that hemp originated in Canada, where the number of acres planted with the rapidly renewable raw material has grown steadily in recent years, hitting 66,700 in 2013, according to Health Canada. Pluta said a hemp seed the size of a BB takes 100 days to grow into a 10-foot-tall plant with a biomass second only to bamboo. That, he added, has many people excited to explore hemp's potential. 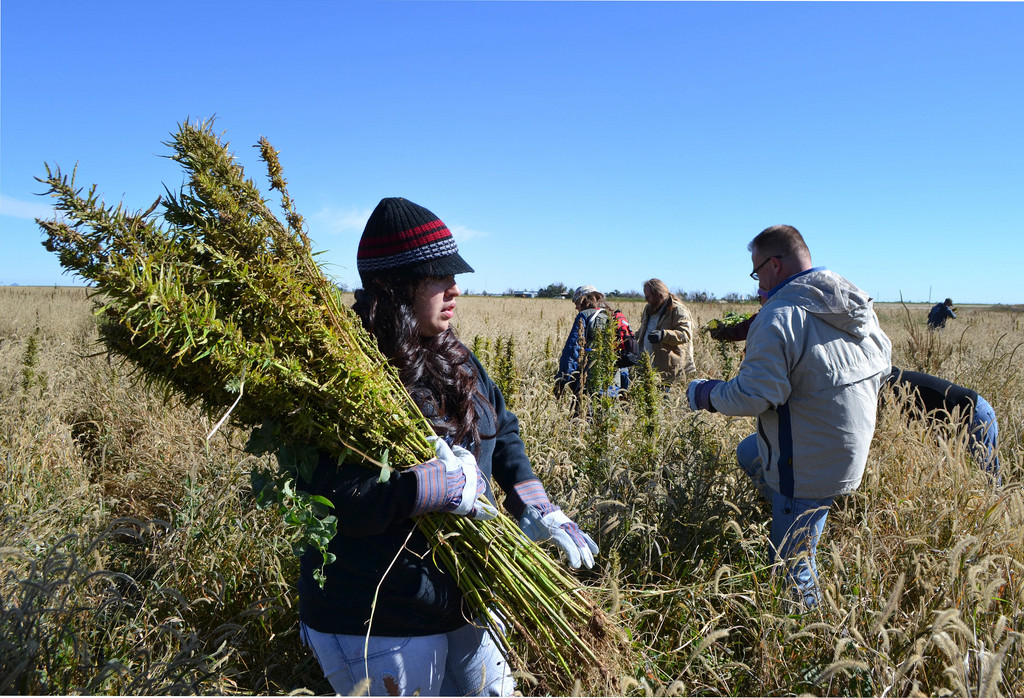 Jan 30, 2014
The General
T
T
Pushing For The Legalization Of Hemp In Nebraska