Since 2014, The EastSide Food Festival has tried to distinguish itself from the very heavy pack of LA food events, with an appreciation for the culture and neighborhoods east of Western Ave. This year, the organizers took things a step further than traditional food and drinks, by offering a special cannabis section for the festival. Until organizers changed plans.

Yesterday, the festival organizers met with the City of Los Angeles about the planned Cannabis Corner, which presented some compliance issues. It appears that the festival jumped the gun on the recreational use law.

The original plans were to provide cannabis-laced foods with no more than five milligrams of THC to those with a California Medical Marijuana Recommendation Card, along with a $15 add-on ticket. The planned event had an entire menu, with a demo station, goodie bag, and sectioned area for enthusiasts.

Two chefs were supposed to the EastSide Food Festival with the goods: Jeff The 420 Chef and Luke Reyes. Labeled the "Julia Child of Weed" by the Daily Beast, the 420 Chef is a private cannabis chef. Reyes runs a Cannabis Pop Up Multi Course Dinner called La Hoja, which means "the herb" in Spanish. Reyes is best known for winning Food Network's Chopped, opening Butchers and Barbers, and doing pop-up nights and one-off projects. He plans to open 9th Street Ramen this year in Downtown.

UPDATE: The organizers will still have a cannabis cooking demonstration by chef Reyes, on how to care and cook with cannabis, but are still deciding on whether the Cannabis Corner will actually take place. 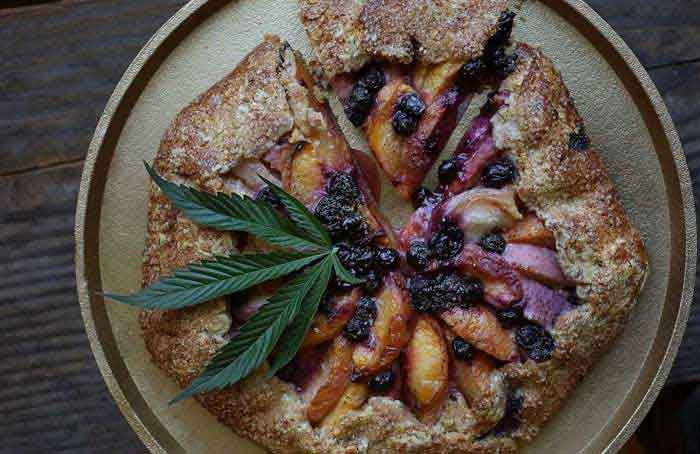