Illinois - Village trustees on Monday approved rules on where medical marijuana cultivation and dispensing centers can locate in the village of North Aurora. The rules are in reaction to the state's Medical Cannabis Pilot Program Act, which became law on Jan. 1. Patients with a variety of illnesses could apply for medical pot by next spring. Under the rules village trustees approved, dispensing centers would be allowed to locate in business, office and industrial districts as a permitted use, while cultivation centers would only be allowed in industrial districts. The medical marijuana pilot program is for four years.

The Medical Cannabis Pilot Program Act authorizes municipalities to enact reasonable regulations covering medical marijuana cultivation and dispensing centers, said Mike Toth, the village's economic and community development director. Debilitating conditions recognized by the state's medical marijuana law include cancer, glaucoma, Crohn's disease, Alzheimer's disease and Parkinson's disease. Registered patients and designated caregivers will be regulated by the Illinois Department of Public Health. According to the department's website, qualifying patients may possess up to 2.5 ounces of medical cannabis in a 14-day period from an authorized medical cannabis dispensary. Patients under the age of 18 are not qualified for the program. 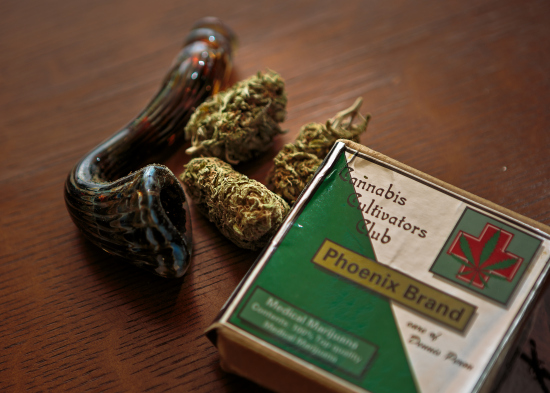