Earlier this week, January 13, Iredell County Sheriff's Office investigators and North Carolina State Troopers assigned to a Homeland Security Task Force intercepted a package on its way to a Mooresville storage unit. The package reportedly contained about 7 pounds of Marijuana and was sent from Long Beach, California. It was addressed to a location in Dallas Texas to Nathan Yong, but authorities say they were unable to identify a suspect based on that information.

By searching through the storage unit, investigators say they found three and a half more pounds of marijuana.

One day later, on January 14, investigators say they intercepted another package shipped from the same address to Nathan Yong to the same storage unit containing eight pounds of marijuana.

Iredell County Investigators and Mooresville police say they got a tip that Yong was at the Mooresville storage facility on Friday, January 16. Police followed him to a different facility in Concord, where they say he went into the facility and exited a few minutes later.

When law enforcement pulled over Yong, they say he was identified as Takaaki Ishibashi from Los Angeles, California. Mooresville investigators say Ishibashi was interviewed and then arrested.

Inside Ishibashi's vehicle the Iredell Sheriff's Office reported that they found keys to storage units in Pineville, Cornelius, Huntersville, Kannapolis, and Concord.

Search warrants were issued and those lockers were searched, according to the Iredell Sheriff's Office, and 31 more pounds of marijuana and other drug paraphernalia was seized.

Ishibashi was taken to the Cabarrus County Jail and received a $2 million bond. Iredell investigators say they plan on filing charges of trafficking marijuana and conspiracy to traffic marijuana after they finish their investigation. 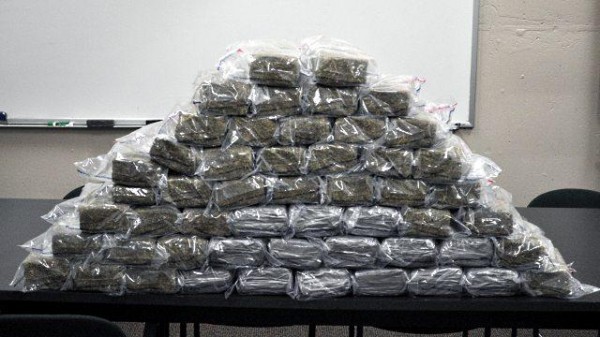 All the wasted tax dollars on man hours, equipment and resources not counting now they have to house, clothe and feed Mr Ishibashi all over a little bit of weed....Hummmm me thinks government is wasting a little too much on stuff that really isn't that important, maybe they should use that money to fight terrorism or something or what about feeding some hungry children with all that extra money???