Illinois - Northbrook village officials will soon determine the fate of where medical marijuana dispensaries can set up around town. On Aug. 5, the Northbrook Plan Commission passed its official recommendation to the board for an ordinance that would make marijuana dispensaries conditional uses in certain areas, as towns like Des Plaines had done. Dispensaries in Northbrook would be considered conditional uses in the neighborhood commercial district, central business district, regional shopping district and the boulevard commercial district.

Northbrook building and planning boss Tom Poupard suggested in April that the public hearings, which accompanied the special use permit applications, had too high a potential to instigate a long series of pro- and anti-marijuana arguments–unnecessary banter that would create more problems than solve. Should the board heed the plan commission's advice and adopt the resolution, the dispensaries will not have to follow special sign restrictions, a direction different from the one Des Plaines took.

Joe Friedman, a pharmacist who works at Mark Drugs in unincorporated Deerfield, had mentioned in July that he wasn't all too concerned about signage stipulations, as his would be simple, anyway—should he get his wish to open up a dispensary in Northbrook. His wasn't going to be a recreational-use store trying to lure in new customers. Dispensaries in Illinois are destinations sought out by people with a form from their doctor–they don't get drive-by traffic.

The Lincolnshire resident and two other partners–attorney Stuart Gimbel, also of Lincolnshire, and Mark Drugs Owner Mark Mandel, of Schaumburg–have made it known that they've been eyeing Northbrook, Deerfield, Mundelein, Belleville and Schaumburg as places in which they'd like to open dispensaries. The motion for the resolution was passed by the plan commission 6-2, with Commissioners Bryan Schimel and Muriel Collison casting the two "no" votes. 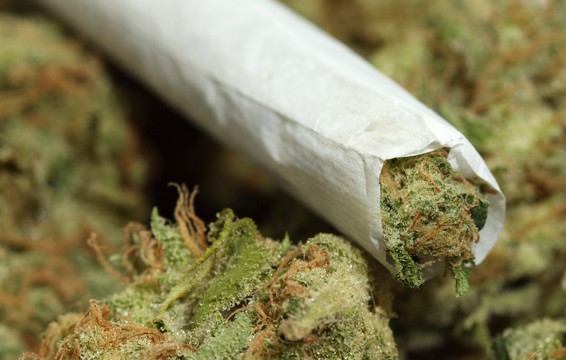