Greetings, Blunt Monkey here returning with some new genetics from the Jungles of the 707.

I’ll be showing you the results of the seeds I’ve created while I’ve been away & the new ones I’ll be manifesting with you guys for the next season. Stick around, I may need your help!

707 Gorilla Cookies - It's a cross originated in the Bay Area between a Girl Scout Cookie Father and a Purple Gorilla Mother. The result is dense clusters with a pungent smell loaded with trichomes. The leaves turn from green yellow to magenta as pictured. The popular Girl Scout Cookie strain is known for its potency while the underground Purple Gorilla strain is known for having a heavy yield which is the reason they were crossed. The buds look like Girl Scout but are big like the Gorillas, the clubs are blown away by this strain. Rare phenos have a grape berry smell and will start to turn purple the last couple weeks. Most of the phenos produce big white colas, Girl Scout dominant besides for the yield. 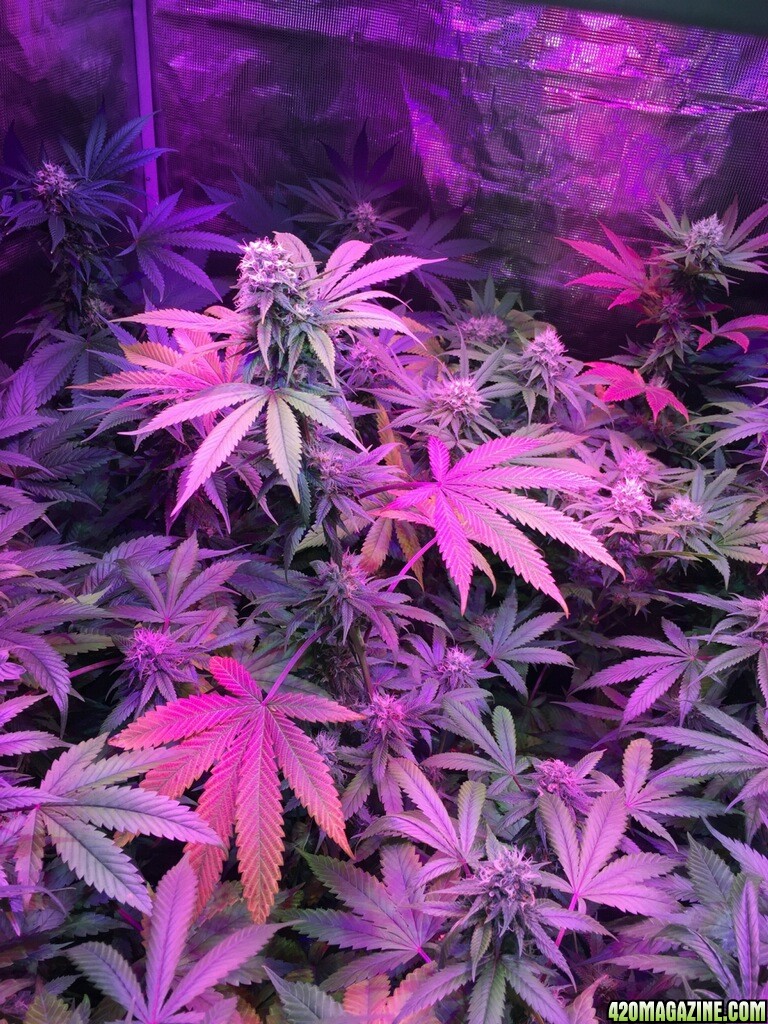 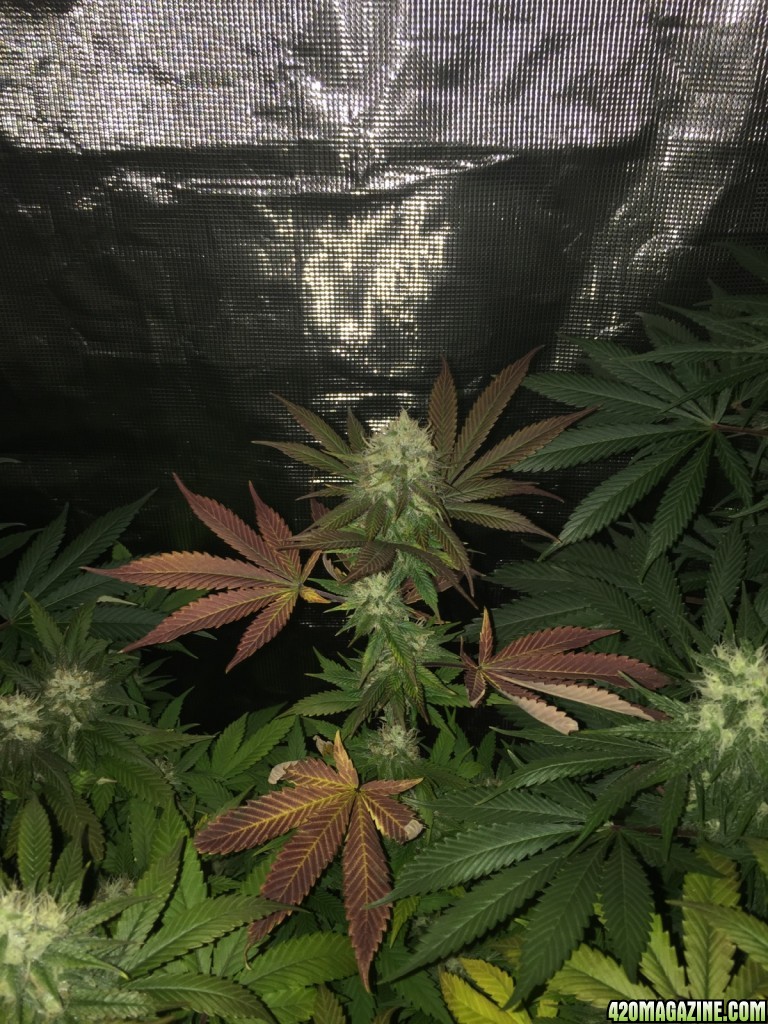 Super Blue Dream - A cross between a tall & smelly Super Silver Haze Mother & a huge Blueberry Male. The buds are full of whitish/yellow hairs ranging from a relaxing sweet berry smell to a pungent sativa silver haze. If you like Blue Dream, you'll love this strain. 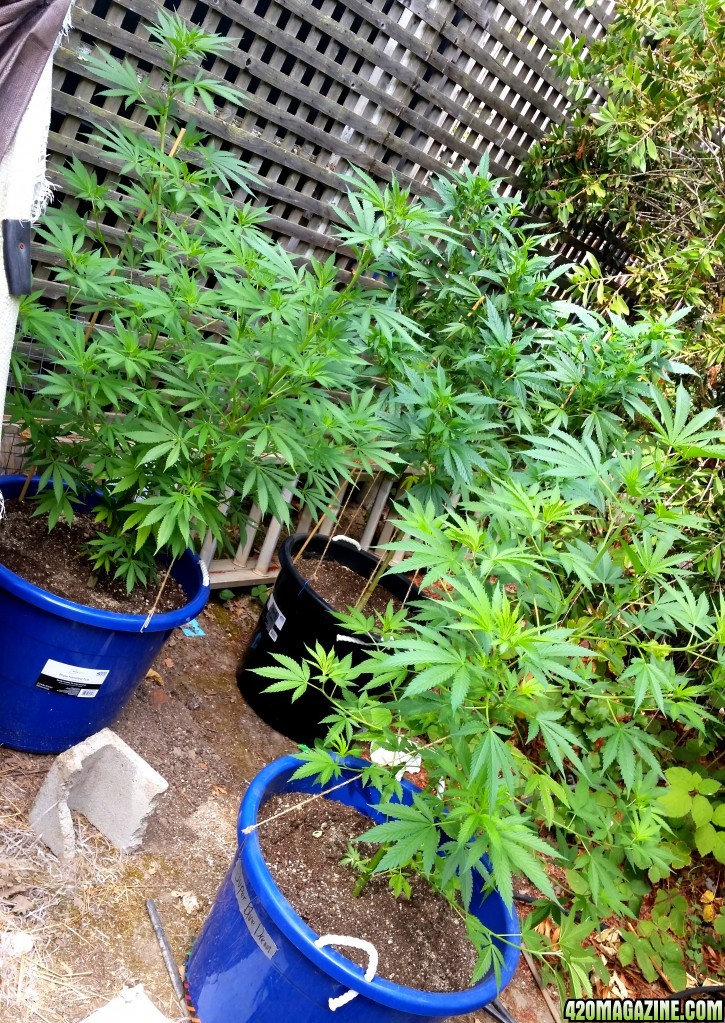 SF Silverback Gorilla - A tall growing Gorilla Scout male with many branch nodes that pollinated all over a nose-piercing Super Silver Haze Mother. The buds closely resemble the Super Silver Haze but the plant grows big like the Gorilla. 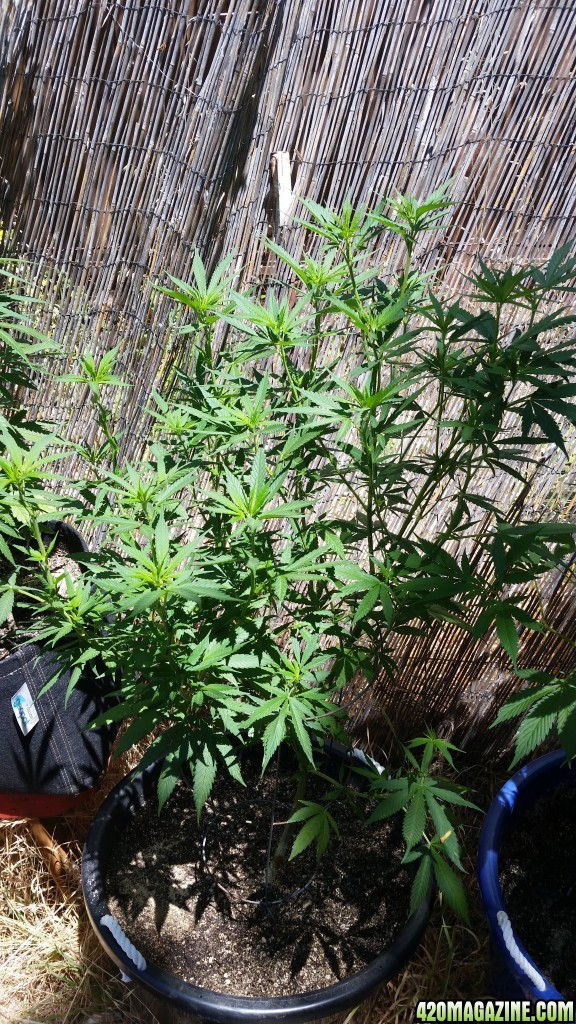 Jamaican Daquiri - This one has a complicated history. Years ago a friend from the jungles of Jamaica gave me an ounce from his country that had a few seeds in it. The strain was called Jamaican Red, the buds were huge and was a landrace-Sativa. I ended up crossing one of the males with a Super Jack Sativa (S.Silver Haze x Jack Herer) as part of my high school senior project (although of course they thought I was talking about tomatoes.) The result was a motivating strain that went by the name of Jamaican Jack in 2011, years later I've had people request it from me. Last year I found an old bag of it hidden in one of my drawers that had some seeds in the buds. I picked out the strongest males and crossed it with a Sour Pineapple mother to create this Jamaican Daquiri. It’s a very tall grower that will continue to stretch throughout week 4 of flowering with citrusy-pine nose. 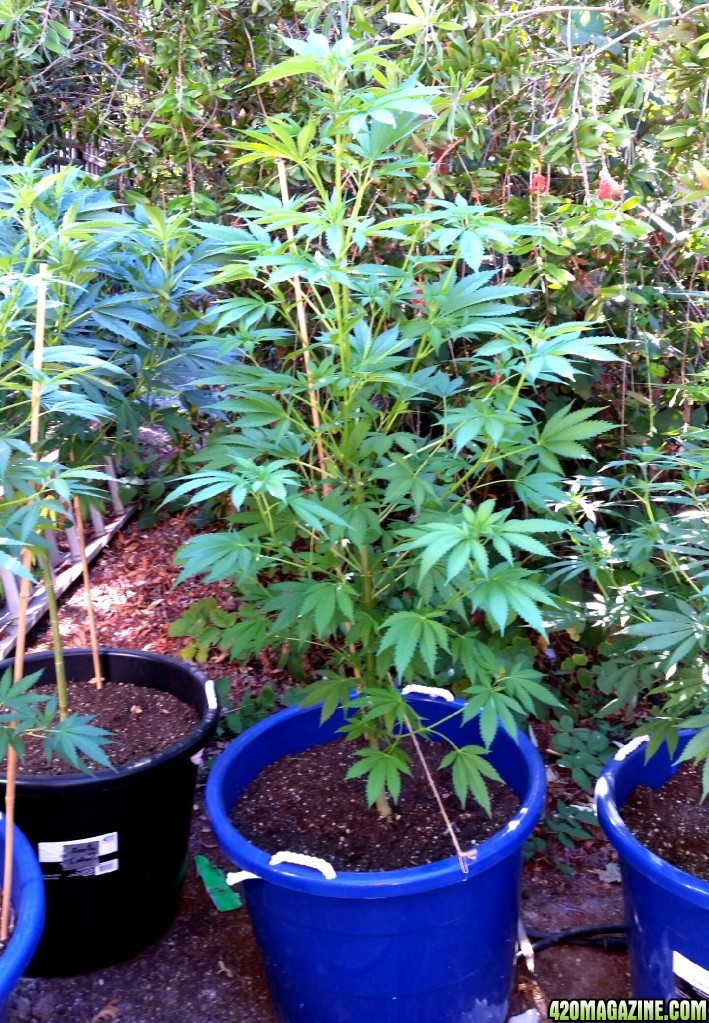 Stay tuned to see what they transform into

How To Create a Signature - Step by Step Pictorial

Yeah excited to see how this run turns out, last year I pulled a Half P a plant in these containers. 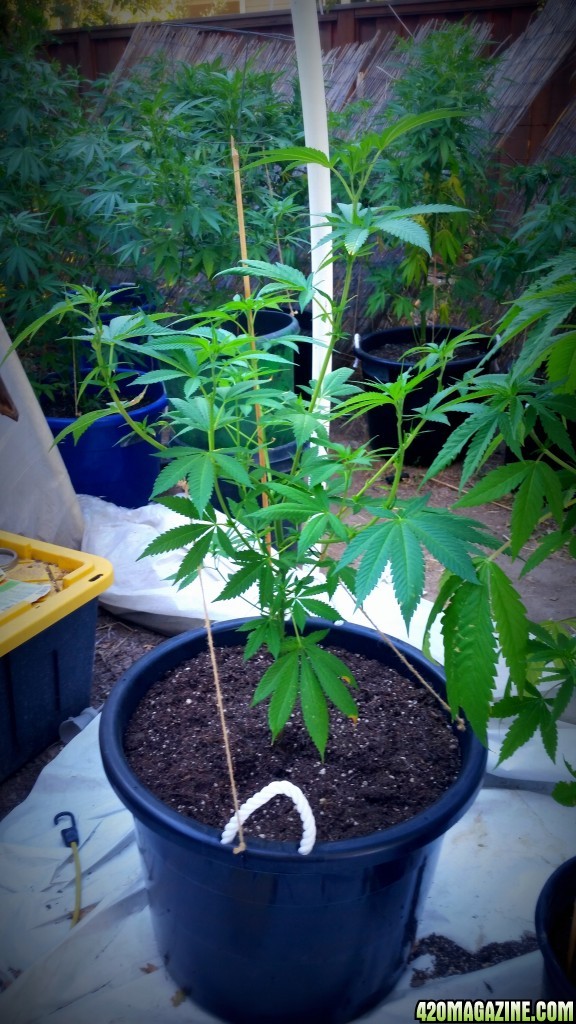 Strawberry Blue (Strawberry x New Blue)
A freebie I got from the Attitude Seedbank awhile ago, very bushy with a lot of shoots since I started it early in a tomato cage. Next year I'll be caging all of my plants since it makes the training easier and protect it from the wind...one of my biggest plants snapped in half from the wind a couple weeks ago RIP 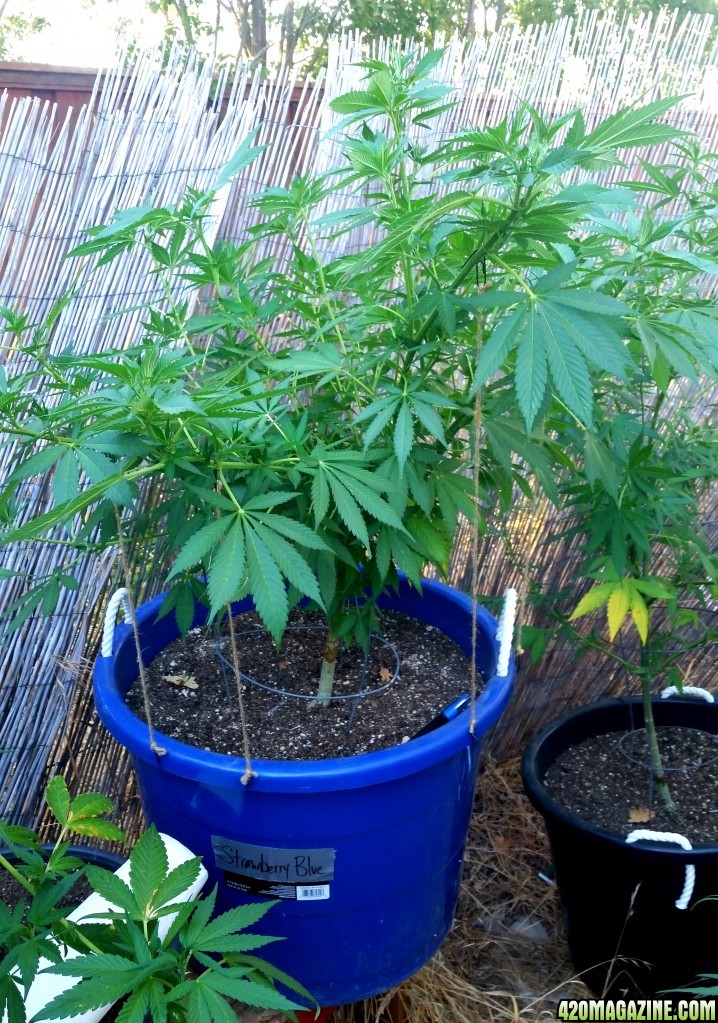 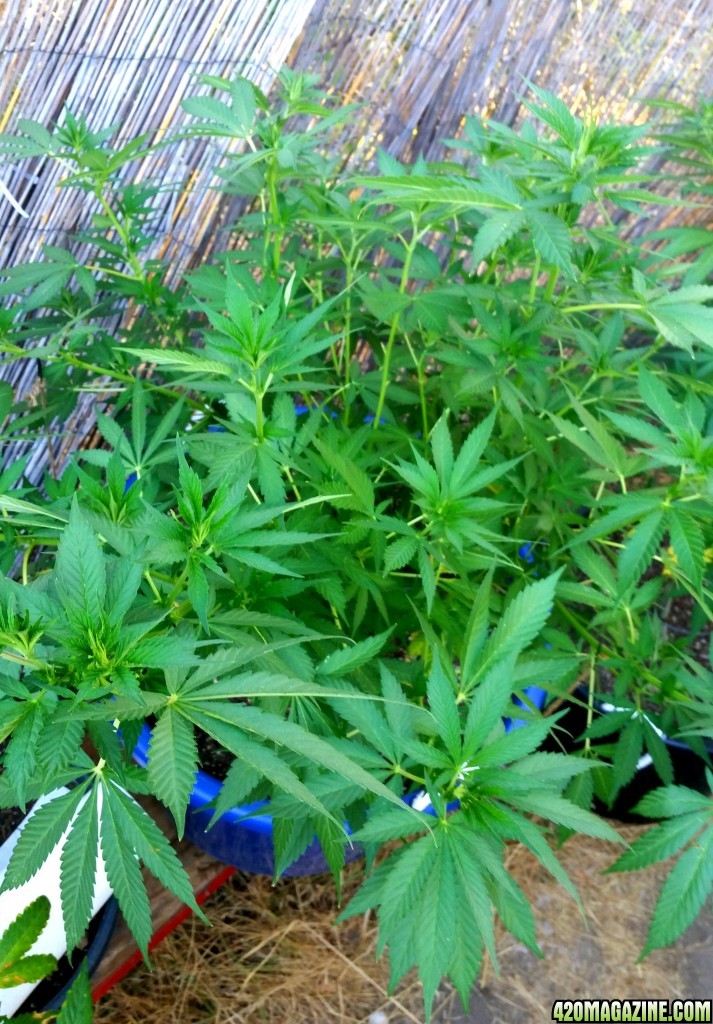 Sour Grapes (Sour D x GDP)
This is from a clone so it switched into flower when I put it outside in March, I had to cut off all the flowers once I brought it back to veg with Earth Juice Grow 16-0-0 which is why it's so skinny. Starting to go back into flower now. 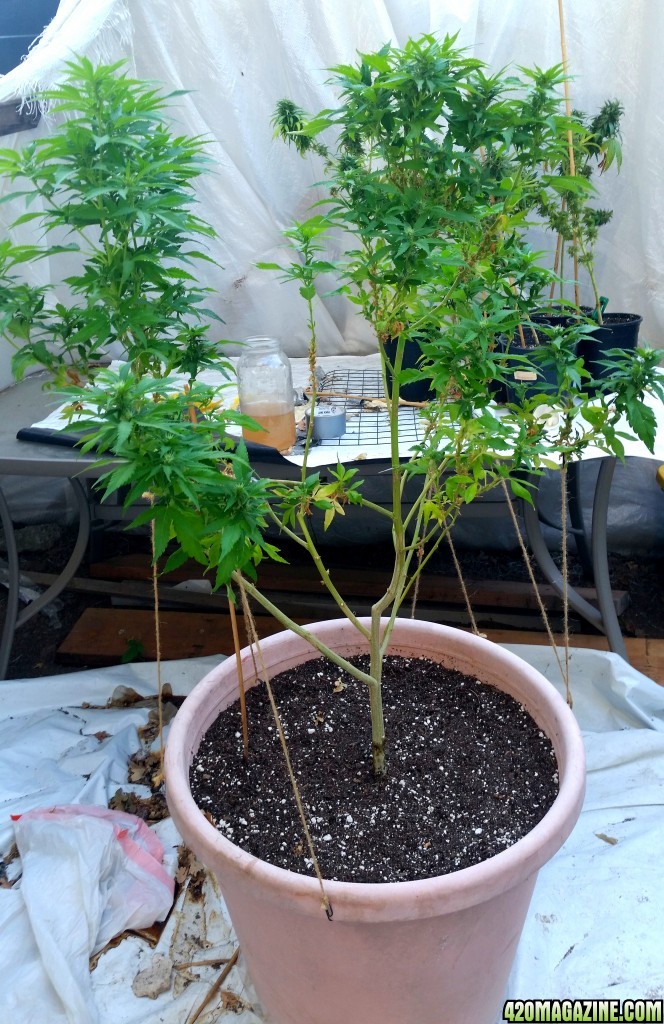 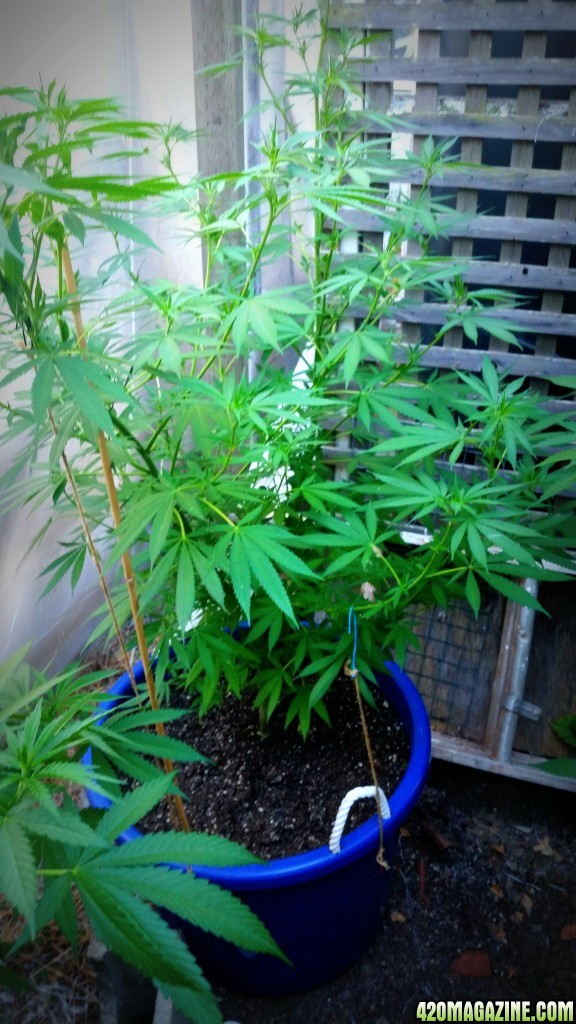 Alameda county, East Bay. Not the Emerald Triangle but close

Oh yeah, and as far as what I'm growing with:

I use the cheap organic soil from Costco.

Nutrients: Started with BioBizz Grow...then I heard about Nectar of the Gods from one of my grower's so I went to try that out...seems like a great product, bought their 4 piece starter pack. The NPK ratios seemed off for growing as the P was the highest of the ratio for all of them. Then I spoke with an OG Grower that's been growing for over 40 years (he actually helped some nutrient companies create a few of their products such as Advanced Nutrients)...anyways he met up with the guys at Nectar of the Gods (the bearded guy you see in the videos) I guess they used to use a Vitamixer to blend all of their ingredients so that they were readily available to the plant immediately, turns out now they use fulvic acid to break it down and can take months to be absorbed, according to him. Which is okay for outdoors but not in. He claims this is the reason why you use TSP instead of ML. So I asked him what his go to was...He said he uses Technaflora's PuraVida Grow, it's an all in 1 nutrient so you don't have to waste money on all of the little micronutrients & it's organic even though they don't advertise that. Just got some in today. This grower also says he makes his own Microbial tea so that they can break it down better and make it readily available to the plant faster...I'm currently using ZymeAlive.

I feed them every watering...I know some people say argue that doesn’t give them a break in between to digest but feeding plants are like building muscles, you start off small but eventually bulk up enough to lift heavier weights. Just listen to your plants, they'll tell you what they like. I still mix it up though, one day I’ll give them their grow, next day their tea & micronutrient of the week, back to their grow, then their soil conditioner ( I use NOFTG’s Zeus Juice), back to grow, then their CalMag & Tea…you get it. You can print out a monthly calendar and plan out which days you’ll feed what. Everything’s always easier when you write it down on paper first (it will save you time in the long run).
Indoor Purple Widow, Bay Dream, & Berry Bomb Grow (Pictures)
http://www.420magazine.com/forums/journals-progress/214816-indoor-purple-widow-bay-dream-berry-bomb-grow-pictures.html

Jamaican Daquiri dancing in the light 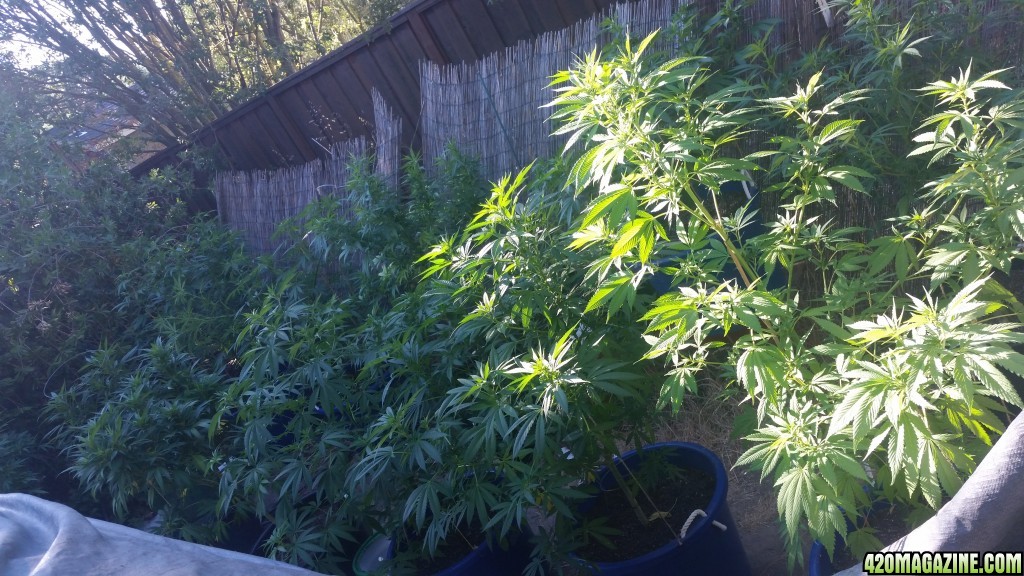 I need advice on a breed that is mold resistant. I'm have lost half of my crown to bud rot outdoors. I live on the coast of Oregon. Great temperatures but the fog is killing me. I need advice from someone who's actually grown in foggy wheather please
You must log in or register to reply here.
Share:
Facebook Twitter Reddit Pinterest Tumblr WhatsApp Email Link
Top Bottom