Context: This first post is going to bring you up to speed. The rest will be updated as we go.
The Dr Who has not been planted yet, but the Fire Bubba is what you see so far.

Initial start:
Put the seed in a warm damp paper towel and let it sit over night. Nothing happened and the paper towel felt pretty dry the next morning.

Repeat the same steps and this time it started to sprout. (pic attached)

I placed it in a solo cup with some Jobes Organic Tomato soil that I happened to have on hand and stuck it under an LED desk lamp. (pic attached of early sprouting)

Used filtered water from a big berkey and only used a spray bottle for application.

~2-3 Days In:
After only a few days (2-3) it was stretching quickly (pic attached) so I decided I needed more power. I found a Philips daylight LED floodlight that was 5000k and 90w. I converted a bin into a grow box area so I could try and control the heat and humidity better. It seemed to still stetch, but the starting leaves were still slowly coming through and were green so I knew I had time to find something better. I went to Fred Myers and found the Ottlites (25w) that have a fuller spectrum. Mainly I was just looking for the something close to 6500k and the Ottlite was 5800k so I went with it. Combined that with a 13w 2700k cfl, and left it alone to go research the light system I was going to need to purchase and setup.

~2 weeks in:
So by now The thing has spent some days outside (we haven't had many sunny days yet) but still are 97% of the time in the 4x4 indoor space. The leaves were curling up at one point but my buddy told me to stop giving it the Grow Big nutrient and just use my PH 6.8 tapwater. I did and the leaves started to flatten back out. (Pic attached). I'm really surprised this Ottlite is keeping it going, but IMO the growth is OK?? I haven't had any issues with it after sticking with watering it every 2-3 days or so (when it starts to feel light and the soil on-top is visibly dry).

My order is being fulfilled and the LED light should arrive by next week I hope.

I was giving it about 1/4 of what the feeding chart said for the Big Bloom, but still decided that the Fox Farm soil had enough nutrients and have been sticking with my tapwater for now. Next week when I get it under the LED I'll start on the Big Bloom again.

I may not use the Grow Big or Tiger Bloom at all, I'm still deciding.

Now that I have this caught up I'll be posting current updates about once a week I hope.


Pics attached from oldest to newest
1. 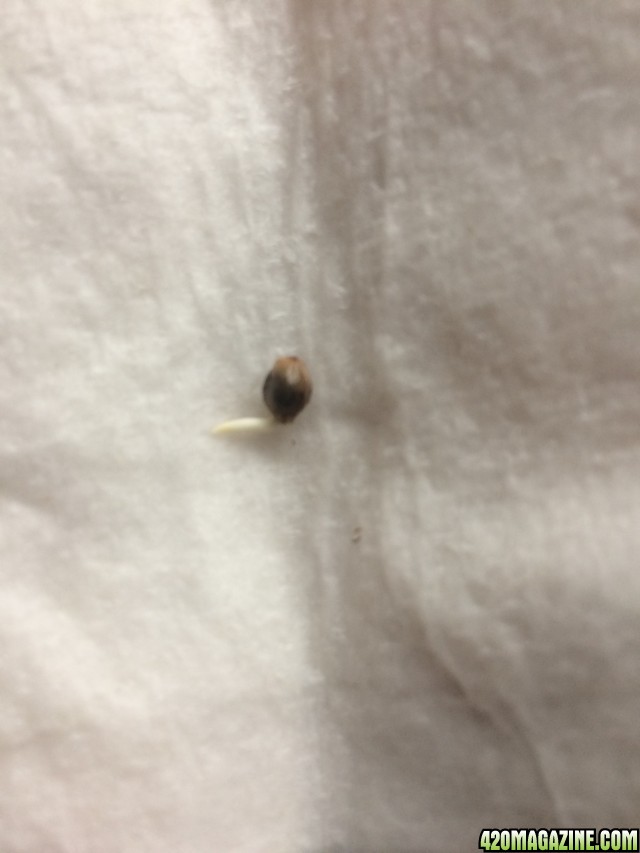 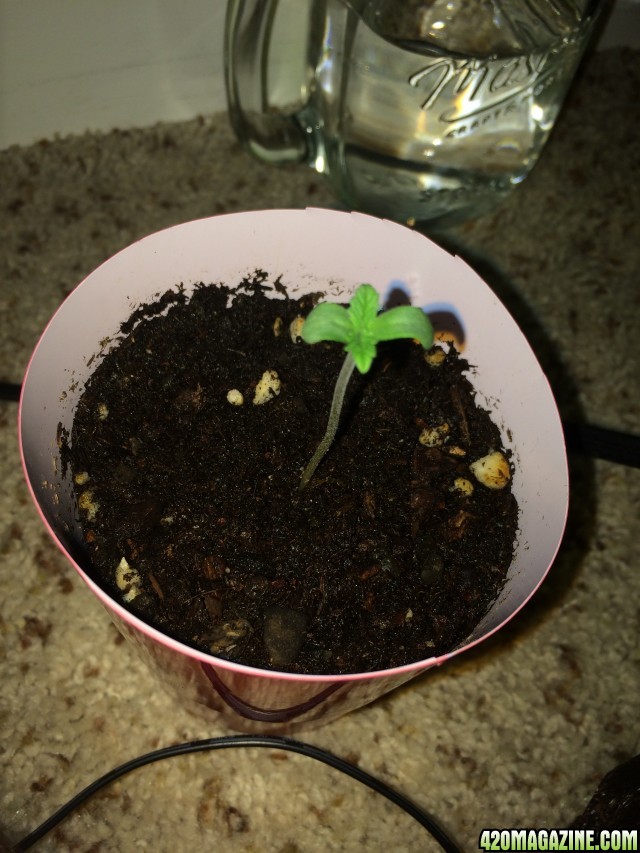 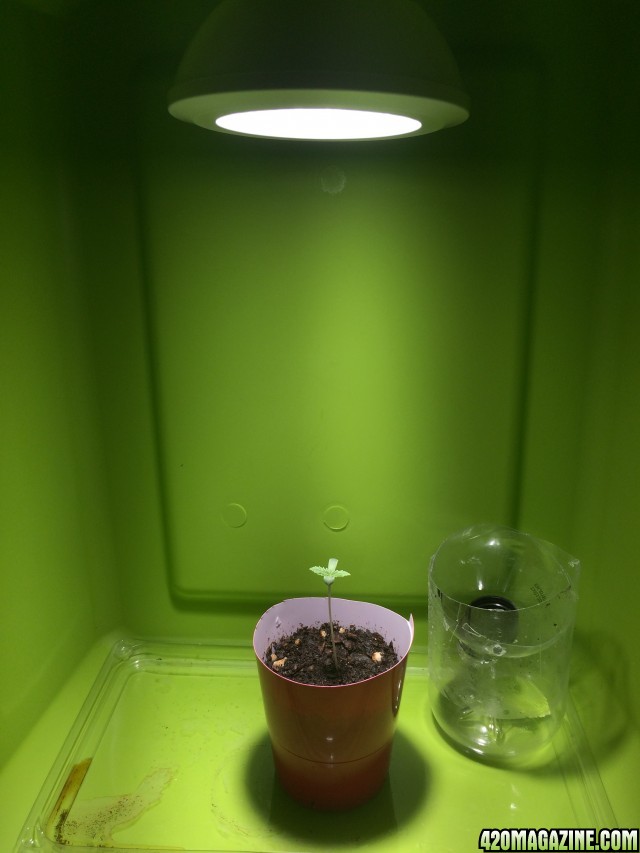 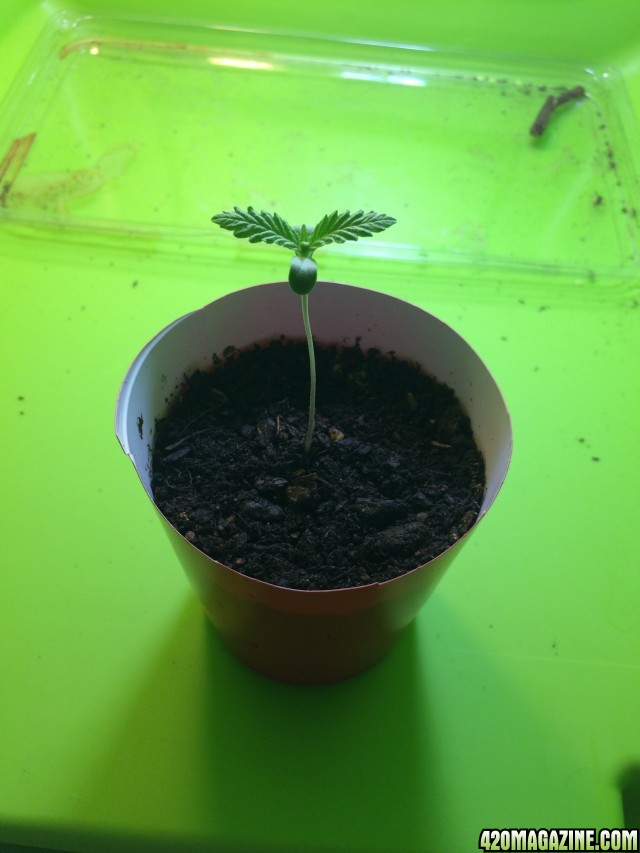 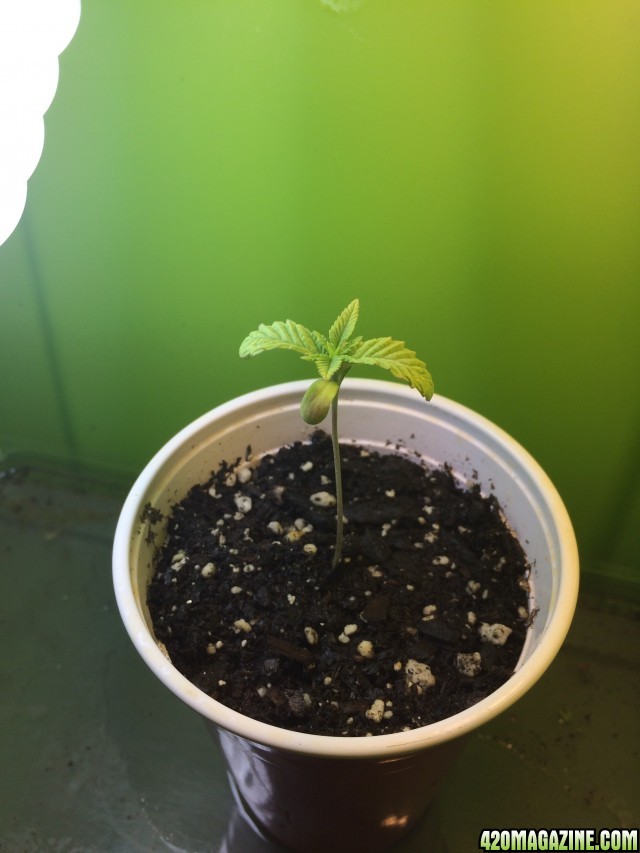 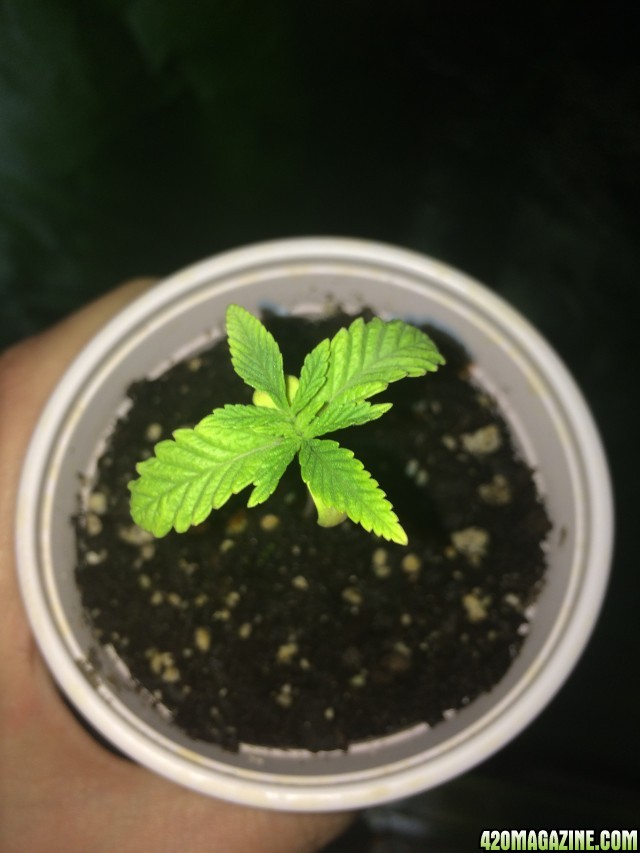 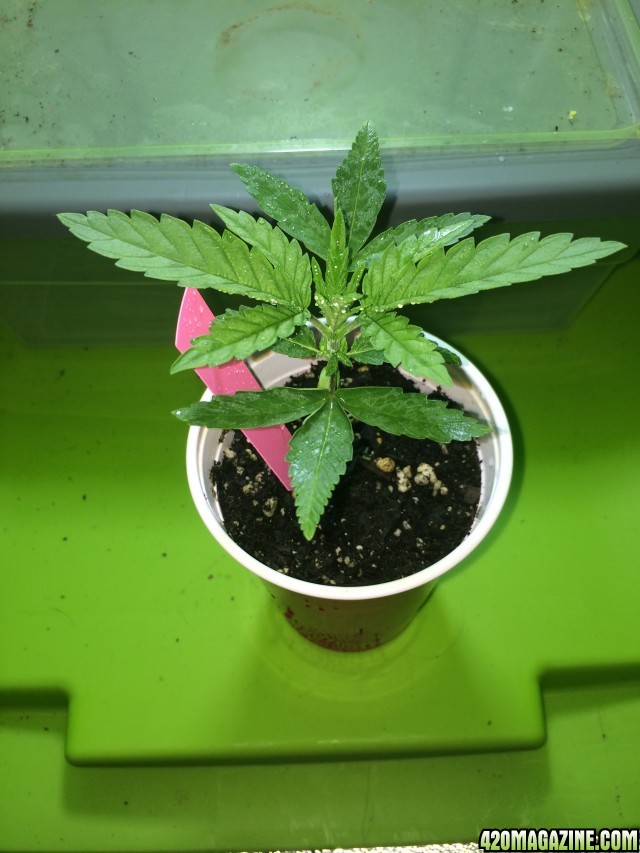 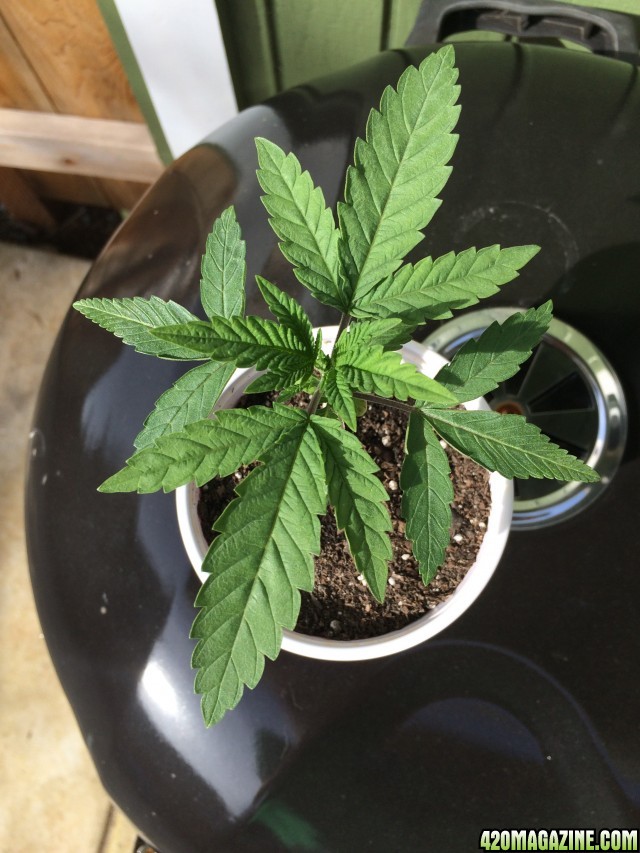 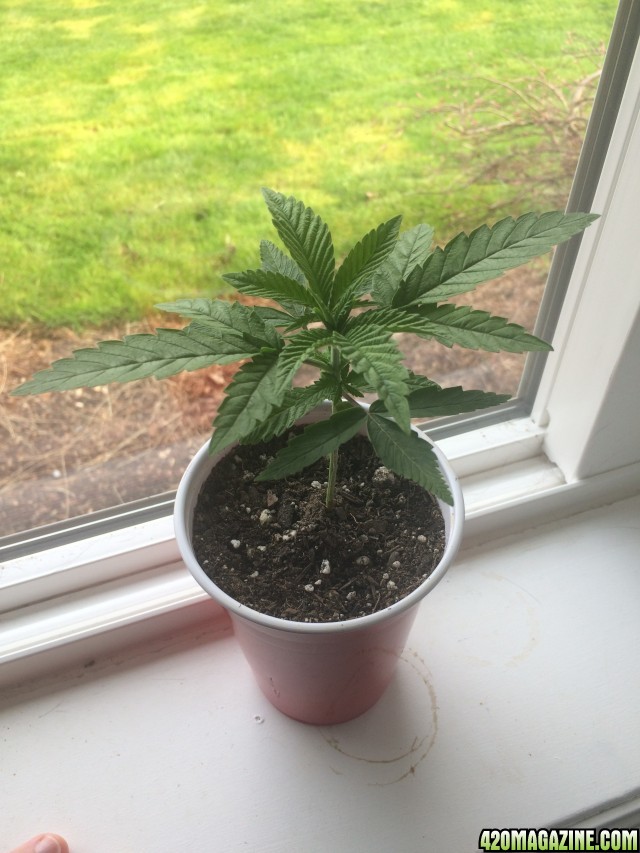 I feel like it's going slow but when the LED gets here next week and it can start taking nutes, it'll pop I'm sure.