Not Your Grandfather's Tobacco, Not Your Father's Marijuana

A plant biotechnology company called 22ND Century is developing two very interesting new crop varieties. One is a line of tobacco that barely makes any nicotine. The idea is to use that tobacco to make cigarettes that can help people quit smoking. 22ND Century's other new offering is a line of marijuana that doesn't make THC. The goal in this case is to make it possible for people to realize various medical benefits of Cannabis without the physical and legal complications of the high. Both of these offerings demonstrate how the increasingly sophisticated scientific understanding of plant genetics can lead to positive contributions.

The plants we humans enjoy as cultivated crops provide us with energy, protein, vitamins and micronutrients. Plants are also pretty amazing chemists that provide us with a diverse collection of and useful compounds. These include delectable flavors and fragrances that enhance the experience of foods. Many foods also provide beneficial "bio-pharmaceuticals" such as anti-oxidants.

Some plants provide us with chemicals we use as drugs. The coffee plant makes caffeine, which many of us use as a stimulant to help start our mornings. Some excessive consumption of caffeinated products can be problematic, but in general this is a plant-based drug that society uses safely and without regulation.

Tobacco makes nicotine — a psycho-active chemical which stimulates certain receptors in the brain. Unfortunately nicotine is highly addictive and drives users to continue smoking in spite of the profoundly negative health outcomes of doing so. In spite of the extremely well documented risks to both smokers and bystanders, smoking remains a legal, if sometimes taxed or restricted, activity. According to the World Health Organization, over 1.1 billion people smoke.

The main product concept for the very low nicotine tobacco is for prescription cigarettes that doctors can recommend to patients who want to stop smoking. Kicking the nicotine habit is quite difficult. Independent studies have been encouraging about the potential for smoking cessation aided with cigarettes made with the very low nicotine cigarettes (VLNC). The physical and sensory ritual of smoking without the narcotic effects seems to be an easier transition.

Cannabis contains the psychoactive drug, THC, which is the basis for its recreational use. The plant also makes a number of other chemicals that can potentially relieve nausea for those in chemotherapy and prevent seizures for those with various conditions. Sorting out the medical potential has been complicated by the patchwork of differing legal status throughout the U.S. and the rest of the world.

A zero-THC product could help not only with uses where the "high" is undesirable, but it will also make this kind of relief more practical by clearly separating the medical and recreational uses of this plant.

Low THC versions of Cannabis have long been grown as "Hemp" with many valuable fiber and food applications. But under some circumstances those earlier versions of the crop can still make too much THC. That is part of why they cannot be legally grown in many places and why the farmer faces some risk of having his or her crop rejected and subject to destruction. A zero THC Hemp could be free from those issues, and also more attractive to consumers interested in something like a source of hemp oil, hemp milk etc.

It should be obvious that these new versions of tobacco and Cannabis are "genetically modified," as are virtually all the crops we grow. In this case the developers used the tools of modern molecular genetics like RNAi to figure out what metabolic pathways in plants are critical for the ability to make nicotine or THC. Armed with that information they could then find other ways to shut down the genes for specific enzymes to achieve the desired end result.

In making their final crop lines, the scientists behind the work at 22ND Century intentionally employed methods of genetic modification that wouldn't trigger the regulatory or marketing problems for a "GMO Crop." What does or doesn't get classified as "GMO" is not a science-based criterion, and in a rational world, all advanced crop modification would be regulated by the features of the final product, not by the process used to get there. But the reality is that by avoiding the "GMO" controversy, 22nd Century can more practically and speedily deliver these good options to the people who need them.

The very low nicotine products are currently going through the FDA review process in the U.S. The Zero THC Hemp is only awaiting the production of commercial quantities of seed. It does not require any regulatory approval as it contains no foreign DNA and is not classified as "GMO." 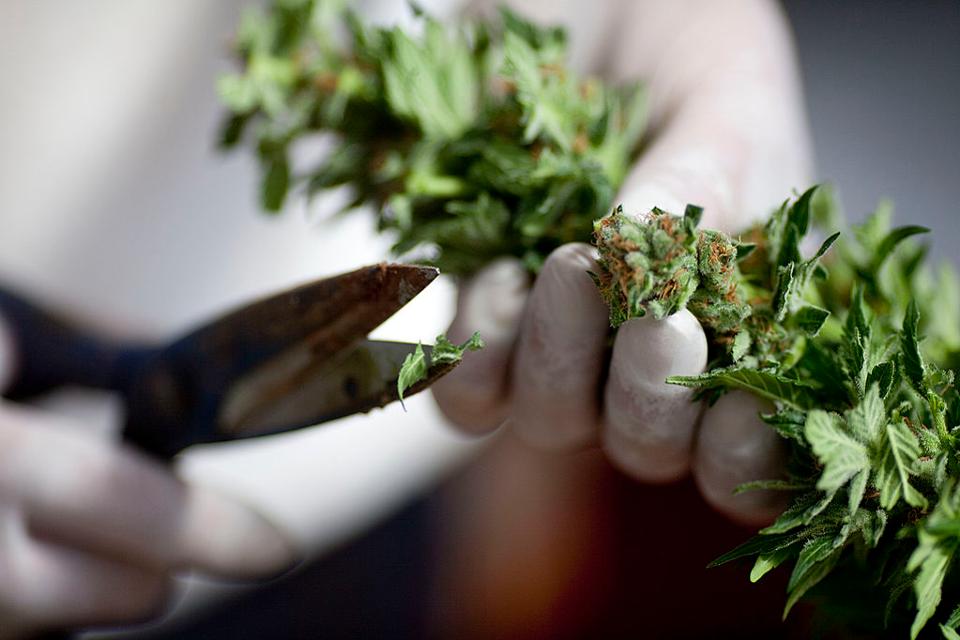