Now We Know: Decriminalization DOES Cut Drug Use

Ten years ago, Portugal took the unprecedented step of decriminalizing all drugs. One decade after this much derided experiment, drug abuse is down by half. Street drug related deaths from overdoses and the rate of HIV cases have crashed.

Instead of jail, the 'evidence based' policy dictates drug treatment for users. Treatment funding came from money saved on enforcement.

Drug use has dropped so much that, proportionally, more Americans have used coc*aine than Portuguese have used marijuana.

John Stossel spoke to a chief police inspector in Lisbon who was very dubious about decriminalization at first. But now he's a convert. He told Stossel, "the level of conflicts on the street are reduced ... drug related robberies are reduced ... and now police are not the enemies of the consumers."

Businessman Richard Branson, part of the Global Commission on Drug policy, recently argued in support of Portugal's policy having seen it working on a visit:

Why punish the young? The way I'd like to talk to a politician, if it was your son... would you recommend prison? And none of them would.

A number of Latin American countries, ravaged by the 'drug war,' are talking about decriminalization. Guatemalan President Otto PÃ©rez Molina is amongst those openly contemplating the legalization of the use and transportation of narcotics.

"Latin American citizens and government leaders are openly protesting a model where their nations pay in blood and lives to fill U.S. defense contractors' pockets and spread the Pentagon's global reach – with few, if any, positive results," wrote Laura Carlsen, the director of the Mexico City-based Americas Program for the Center for International Policy.

"A real discussion on effective strategies has to include the option of legalization."

But they are getting strong blowback from the Obama Administration. Vice President Joe Biden was dispatched to the region early March with the message that "there are more problems with legalization than with non-legalization."

Ethan Nadelmann, founder and executive director of the Drug Policy Alliance, told Democracy Now that the decriminalization debate can "no longer be suppressed."

AMY GOODMAN: Eric Holder, the attorney general, has put out this light-hearted plea for another year of – another season of — 'The Wire', which is the well-known HBO series, very critical of the war on drugs. And David Simon, its creator, said, if they will end the drug war, or change the drug war. President Obama, it's known as one of his favorite series, 'The Wire', yet 'The Wire's message is that the war on drugs has failed.

ETHAN NADELMANN: You know, there's a disconnect in the American drug war. There's a disconnect between – in the minds of Holder and Obama and others. They're afraid of what would happen if they touch this issue and the Republicans go after them. But ultimately, some leadership is required. And the message of 'The Wire' and David Simon's message is: this misery is going to continue until we change the fundamental strategy. 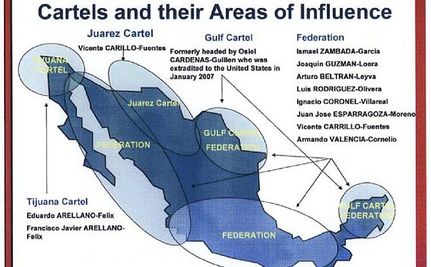 Biden conveyed this message:“there are more problems with legalization than with non-legalization.”? Well, lets see. How about you enumerate these problems and we weigh them against the problems of the current policy and see where we stand? I think the benefits outweigh the problems by a considerable enough amount to more than justify the comparison.

What Portugal Can Teach Us About The Drug War

Argentine President Calls For Decriminalization Of Drug Use