Bob Morgan, statewide project coordinator for the Illinois Medical Cannabis Pilot Program, said the number of applications, which were due Monday, was higher than anticipated. "We were pleased to see that our expectation of a competitive process played out so well," Morgan said, "so we can choose the best applicants."

The next step will be to go through thousands of pages of documents, Morgan said, identifying any missing information and informing applicants, who will have seven days from notification to update applications. Teams of reviewers will look at the applications blind – applicants submitted redacted and unredacted versions – to award points.

Morgan said the state aims to have licenses awarded by the end of the year. Illinois' medical marijuana law was signed in July. Neil Khot, a technology professional from Hoffman Estates said one of the most tedious tasks leading up to the application deadline was redacting the necessary information and making photocopies. "Some people were redacting while standing in the line," said Khot, who arrived at the James R. Thompson Center downtown 20 minutes before deadline.

Khot applied for five dispensary licenses for locations in Schaumburg, Naperville, St. Charles, Bartlett and Arlington Heights. He said he worked on the applications for a year. "The last two weeks have been crazy," Khot said. "I worked straight for three continuous days hardly sleeping, maybe an hour or so at night. ... I have a good team of six to eight people supporting me too. It was not easy."

Khot said he thought the applications were appropriately thorough, though. He thinks it's fair that the state will review applications blindly at first, he said. Still, it took him two days to block out all the necessary information and photocopy his five applications, which averaged about 400 pages each. Khot hopes the state will award licenses soon, he said. "Business owners are paying money, and there's no income," Khot said. "My hope is this will be done in two months, maybe three at the latest. On top of it, the patients are waiting." 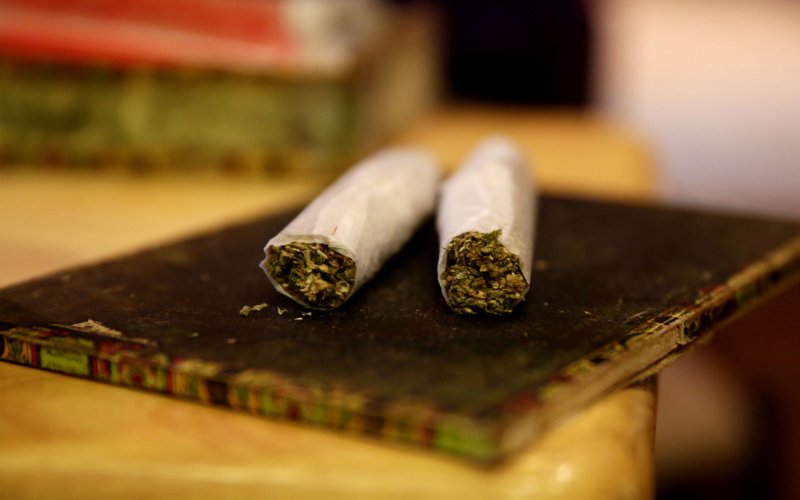