Along with a $5.99 steak, a pawn shop guitar and a blackjack deal, you can now buy medical marijuana in downtown Reno.

A group of local business owners is opening the 3,300 square-foot Mynt Dispensary at 132 E. Second St. across the street from the Greater Nevada Field ballpark on Feb. 17.

The dispensary's location is prime, considering that it is in the heart of one of the area's most tourist frequented areas outside of Lake Tahoe.

"It was entirely about patient access," said Scott Dunseath, one of the co-owners. "For us, it was about being close to where the patients are. It's near downtown, near the river and equidistant from both hospitals. It's also close to the hotels, where visitors who might be (medical marijuana) patients are staying."

Nevada is one of only about a half-dozen states in the nation that can serve medical marijuana to both Nevada residents and out-of-state residents, putting the nearly dozen dispensaries in Northern Nevada in a unique position to serve an outside clientele.

While the dispensary plans on catering to an out-of-town clientele, as well as a local one, the indoor theme is Nevada-centric. A stone mosaic ribbons throughout the rooms and naturally cut oak slabs fill in for counters and bench space at the new space, which originally was built in 2006 as an office space but was abandoned in the wake of the recession.

The business plans to hang vintage photos of downtown Reno on the walls as a final touch.

"With everything being rundown or vacant, it's kind of a blighted area," said Cates. "We want to help redevelop East Second Street."

The business currently is enshrouded in plastic wrap as crews paste stucco on the exterior, but soon it will join a Vietnamese restaurant, a pawn shop and the Cal-Neva on the south side of East Second Street. Because the area is frequented by vagrants, Mynt has secured several dozen cameras outside and within its business for security reasons.

While Mynt is unable to sell retail marijuana until the Nevada Department of Taxation writes up regulations, the business owners intend to apply for the retail marijuana distribution license once the application process opens. The process could begin as early as late spring or early summer.

Nevada legalized marijuana this year by voting to pass Question 2 in November. Question 2 allows for the possession of up to one ounce of recreational marijuana and an eighth-ounce of concentrate. Medical marijuana card holders are allowed to possess 2.5 ounces of medical marijuana. 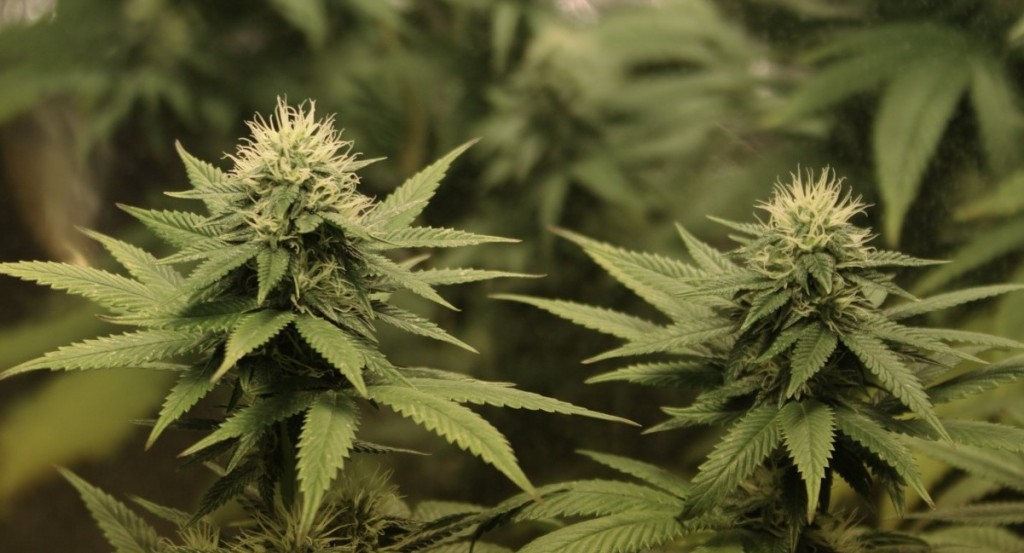