A recreational marijuana dispensary in Las Vegas has opened a drive-thru window.

The ownership team tells the Las Vegas Sun the fast food-style drive-thru on tribal land near downtown Las Vegas is the first of its kind in the country.

It's designed for elderly and disabled customers who would prefer not to leave their vehicles to make a purchase, he said. The goal is to serve customers in less than a minute after an order is placed.

"We want all customers to have that same experience of being able to get in and get out," Tso said. "It's about speed and convenience."

The new window is designed after a similar model used at the tribe's popular smoke shop, located about 100 feet away from the tribe's nearly 16,000-square-foot mega dispensary, which opened last month.

Nearly 300 vehicles pass through the smoke shop drive-thru on a given day, Tso said.

"We just wanted to be able to play with the big dogs up here," he said, referring to the expanding marijuana industry in Las Vegas.

Recreational marijuana has been legal in Nevada since July 1.

Kevin Clock, president of Cascade Strategic Investments who partners with Nuwu, said there currently are no other drive-thru windows like this one in the nation.

A similar drive-thru opened last month at the All Greens Dispensary in Sun City, Arizona, but only medical marijuana is sold there, he said. A car wash-style drive-thru with opening and closing garage-style doors for Tumbleweed Dispensary in Parachute, Colorado, opened on April 20. 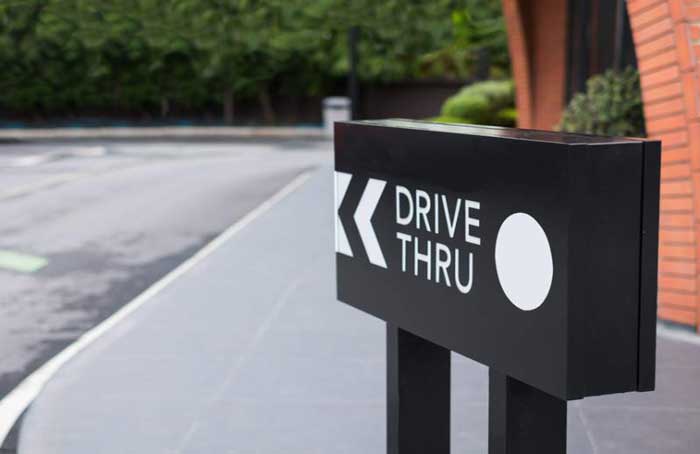