Quietly and a little under the radar, recreational sales of marijuana began in Carson City January 1, 2018. There was very little fanfare, no long lines and the two stores in Carson City opened at their normal times. At Rise, it was business as usual, just with a slight uptick in customers.

"I think people are happy not to drive up north, and then back south, and take an hour out of their day to do that," said Anthony Georgiadias, partner with GTI, the parent company of Rise.

The ballot initiative passed by voters in 2016 that allowed for recreational marijuana use in the state set January 1 as the start date for recreational sales. However, sales began six months ago in Reno and Sparks. The big rush and long lines happened then. The crowds in Carson were steady, not large.

"Not to say the honeymoon is over, but folks here in Nevada have gotten acclimated to this over the past several months," Georgiadias said. "So I think we can expect to see a fairly consistent kind of flow. Nothing like the long lines we had on July 1 or anything like that."

It may have been low-key, but for people like Laura Lau Carmean, it was a long awaited day.

"it's very nice not to be able to have to drive up to Sparks," she said. "I live in Carson City, and I can get what I need here in Carson City. Buying local."

She may be buying recreational marijuana, but Lau Carmean is using medically.

Sales and the use of marijuana may now be legal, but Carson City Sheriff Ken Furlong is reminding people there are still restrictions. The department will be stepping up its 'Safe Streets' efforts throughout the year to crack down on driving under the influence.

"People are equating marijuana to alcohol," he said. "[They think] I can smoke a little bit, wait an hour, and now I can drive. That is absolutely not true."

There will also be zero tolerance for aiding in underage use.

"In Carson City, those persons who sell or provide marijuana to minors - no plea deals. You will get the hard hit," Furlong said. 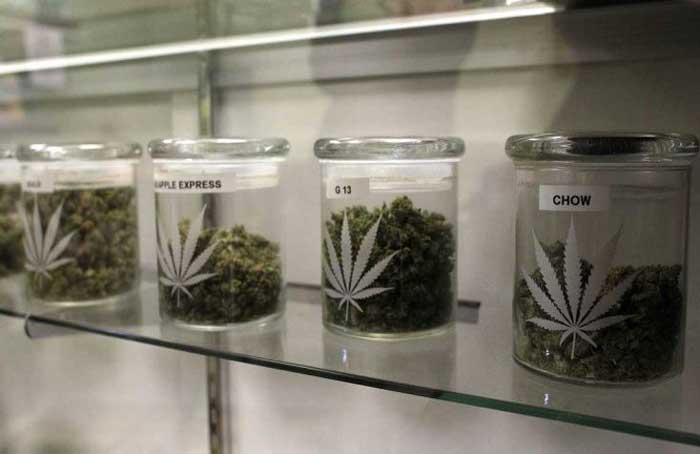