NY: State's Medical Pot Program Off To A Slow Start

Ulster County has more physicians registered to refer patients for medical marijuana therapies than most upstate counties. It also has one of the mere dozen offices statewide that's licensed to dispense the drug.

Much of the state is underserved by physicians who have taken state-mandated training and entered a registry of doctors willing to refer patients for medical marijuana treatments, according to a report issued this week by the state Department of Health.

North of Westchester, Ulster's 14 registered practitioners are surpassed only by the 34 in Erie County, 26 in Onondaga County and 24 in Monroe County. Broad swaths of the state, 20 counties in all, have no physicians participating in the program, including Delaware and Greene counties, according to the state. To improve access, the Health Department has recommended authorizing nurse practitioners to certify patients. They're already allowed to prescribe controlled substances, including opioids, for patients diagnosed with qualifying conditions covered by the medical marijuana program.

That change would be particularly helpful, the Department of Health found, in rural counties where there are fewer physicians.

Locally, there was just one doctor registered in Sullivan County, which had 26 patients with state certification to receive the drug as of June 15. Orange County had six registered physicians and 106 certified patients. Ulster had 140 patients certified in the medical marijuana program.

Overall, there were 601 physicians registered with the state's medical marijuana program, and 4,998 certified patients as of June 15.

The state Department of Health approved five companies to grow and dispense medical marijuana on July 31, 2015. Dispensaries opened around the state on Jan. 7.

The state plans to continue outreach efforts to physicians to improve their understanding of the medical marijuana program and the availability of the treatment option. The 601 doctors registered represent less than 1 percent of the 80,000 practicing physicians in the state, according to the Henry Kaiser Family Foundation, a think tank that analyzes medical issues.

Doctors can't prescribe medical marijuana because of federal prohibitions, but they can refer patients to dispensaries operated by state-licensed companies that also grow the drug in New York.

"It costs me roughly $1,200 a month or more for the amount she needs," said Jennifer Livesey, a real estate saleswoman from Middletown. Her daughter, Carson, has spastic cerebral palsy and epilepsy. Livesey said she struggled for months through the state's bureaucracy before finally getting Carson certified for the treatment with help from state Sen. Bill Larkin's staff.

Picking up the medicinal marijuana isn't convenient. The closest dispensary is operated by Etain LLC in the Town of Ulster, 60 miles away.

"I have to take a half day off from work," Livesey said in an email, "and drive to Kingston."

She worries about how she'll continue to afford the drug that's helped Carson reduce anxiety and accomplish tasks like cutting her food with a knife and fork.

The list of health conditions qualifying for medical marijuana treatment may be expanded as the Health Department continues "to identify and acknowledge evidence for the medical use of marijuana for additional conditions," the report stated.

The most common conditions for certifying patients statewide are cancer, neuropathies and severe or chronic pain. 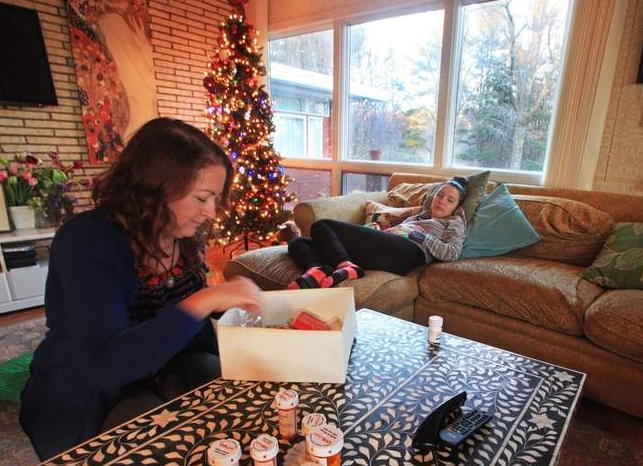 As a NYS medipot patient, I have to say that the state's program is a cruel joke.