Hemp could be the crop that not only regenerates rural economies but gives farmers another string to their bow, as world demand increases for alternative, hemp-made products.

Meetings on the topic were held during Hemp Awareness Week last week, at Nelson, Lincoln, Dunedin and Owaka, with speakers from the New Zealand Hemp Industries Association generating discussion about the possible benefits of diversifying into hemp.

At the moment, hemp products can be used for shelter, construction, textiles, paper, plastics, fuels, but not food or health products, which are restricted because of their association with the illegal cannabis trade. Internationally, New Zealand and Australia are two of the few countries where hemp is regulated strongly.

At the Owaka meeting, New Zealand Hemp Industries Association treasurer Richard Barge said the monetary value of harvesting seed and fibre could equate to $3000 per hectare.

Much higher returns would be possible with industry growth and when all the plant, including leaf and roots, could be used.

He also said hemp could be instrumental in diversifying and regenerating rural economies.

At present, products such as paper from hemp were considered a craft item, but this could change with a different focus, New Zealand Hemp Brokers director Chris Woodney said.

Hemp oil could supply 70 per cent of the daily recommended protein for children, he said.

Any change to the current restrictions would be decided by the Food Standards Australia New Zealand, the group that has denied approval for industrial hemp or ihemp, as a legitimate food in the past.

However, people at the Owaka meeting on Tuesday were told that as a result of scientific work and papers presented to the food standards authority, attitudes were changing, which could lead to an agreement being reached by the end of this year.

After the meeting, McIntosh said his group met with the New Zealand Ministry of Health medicines control on Friday last week to discuss issues around the 2008 Industrial Hemp Legislation. Some progress had been made, but it was an ongoing process, he said.

The next most significant issue would be achieving the high volumes required to supply big industry, Woodney said.

Production levels would need to be increased, but developing the accompanying technology fitted well into the number 8 wire mentality that New Zealanders prided themselves on, he said.

Recent trials carried out by Clutha AgBoard in 2012-2015 had shown South Otago soils and climate, and farming skills, to be compatible with hemp growing.

Research showed crops grown for fibre would only grow about half the height of warmer climates, but seed crops had proved to be successful. 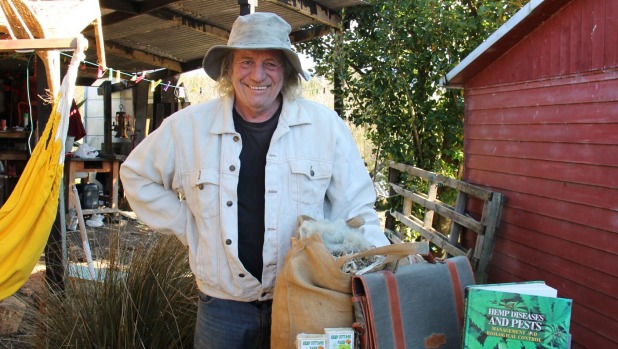